Sorry BBC, it’s blacks who have no future in South Africa 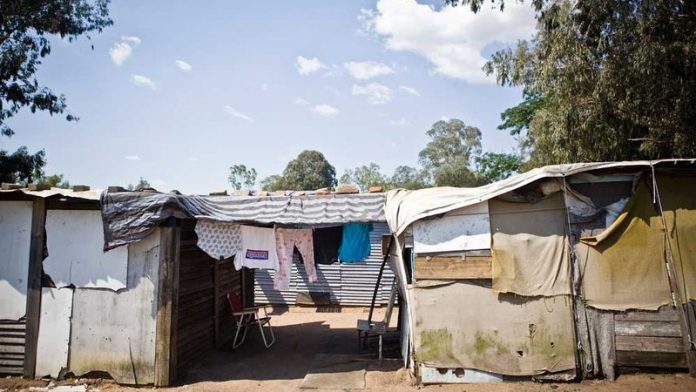 This past Sunday, the BBC's website asked a question which was disguised as a statement as one read further on: "Do white South Africans have a future?"

The report, which appears as a video and written article on the broadcaster's website, claims only certain white South Africans have a future in the country.

"The people who are suffering now are the weakest and most vulnerable members of the white community," it reads.

"In the old days, the apartheid system looked after whites and did very little for anyone else. Nowadays white people here are on their own."

Obviously, this BBC journalist John Simpson is unfamiliar with the Freedom Charter, which was adopted in Kliptown in 1955. Allow me to quote:

"We, the People of South Africa, declare for all our country and the world to know:

And therefore, we, the people of South Africa, black and white together equals, countrymen and brothers adopt this Freedom Charter."

This charter is the foundation upon which a modern South Africa was built. The Freedom Charter clearly states there is a place for everyone who calls themselves a South African. It is not too naïve to say there are some who may feel insecure and uncertain about where they belong. We have experienced a traumatic past and we have not yet healed. We long to be united but we don't know how to be – beyond the superficiality of sporting achievements.

In North Korea, all citizens act as one, even when they cry for their deceased leader Kim Jong-il, they all cry robotically together. We South Africans hardly ever agree on anything. It is healthy, but because of centuries of racial segregation, the vast majority of our disagreements are race-based.

Although poverty is no longer legislated, it is not true that South Africans now have an equal opportunity to achieve wealth – black South Africans are still at greater risk of falling into or remaining in poverty. One wonders if Simpson posed the question about poor whites because it was unfathomable for him to see whites living in poverty, that blacks can be poor but whites should not be. The premise of his argument, although left unsaid, implies that.

"This is after Black Economic Empowerment [BEE], Affirmative Action [AA] and all sorts of other acronyms we have decided to put in place. None of them have made a dent. In fact, adjusted to inflation levels to the year 2000 per capita, blacks still don't make as much money as whites did in 1917. Whites made R13 069 per capita in 1917. In the year 2008, blacks were only making R9 790." These stats are from Leibbrandt, M et al (2010), "Trends in South African Income Distribution and Poverty since the Fall of Apartheid".

The writer of that article also stated, "In South Africa you are twice as likely to be murdered if you are a white farmer than if you are a police officer." According to futurist Guy Lundy, for every 33 people who are victims of murder, only one is white. And black people certainly don't outnumber white people 33 to one, in case someone wants to argue that.

I know we are going to spend days arguing about who is worse off in South Africa but that won't help close the economic gap in South Africa. If one South African is poor then we are all poor, black or white. We have to reject what the BBC report says and focus on delivering an economy that will benefit all South Africans, not just those with an education. The truth is that our economy is far too advanced for the vast majority of its people. They are ill-equipped to participate in the "real economy" and therefore remain poor. We just need to find ways to close the gap, not increase it.

The only thing we need to fight about today is how we make the country a better place for all. The BBC's Simpson will go back home and laugh at how he made South Africans mad about race yet again while the conditions of our people remain the same. When I say "our people", I mean all South Africans, regardless of race.

The difference between now and then is that poverty is no longer just black.