Did FNB chief take one for the team? 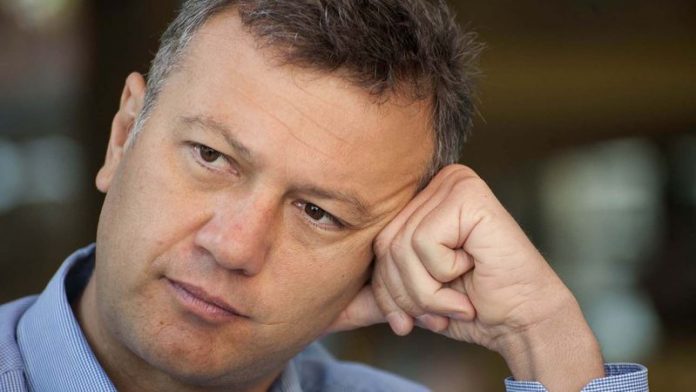 The inevitable question that follows Michael Jordaan's announcement this week that he is stepping down from his position as chief executive of FNB, is: was it about politics?  But people familiar with Jordaan's decision that brought to an end one of the finest careers in South Africa banking say no, it is most certainly not the case.

After 10 years at the helm of the bank that clinched the "Most Innovative" award in 2012, South Africa's golden boy of banking, is largely recognised as for re-positioning the FNB brand, establishing the bank at the forefront of digital innovation in South Africa, and scooping up market share from competitors.

When he took the reins in 2004, FNB Retail had a profit before tax of R1.3-billion. It had no distinguishable presence in social media and no phone or tablet banking applications.

Ten years later, Jordaan leaves the company with a profit before tax of more than R8-billion, and a comfortable market lead in all things digital.

In June last year, the All Media and Products Survey by the South African Audience Research Foundation showed that almost one in three South Africans use FNB's online banking. It is "South Africa's coolest bank", according to a Sunday Times survey, has the most number of cellphone banking customers, and trumps other banks on Facebook, with more than 370 000 followers.

Aside from Jordaan's social media success, he also presided over a controversial advertising campaign begun at about the same time negotiations around his departure started.

Although FNB denies that Jordaan's departure has anything to do with the politically fraught campaign, many see it as a low point in his other­wise socially insightful reign.

Controversial testimonials
The FNB "You can help" campaign in January aired a television ad accompanied by supposedly unscripted YouTube testimonials from youth in South Africa blaming the government for corruption and social inequalities.

The campaign led to a massive public falling out between the bank and the ANC, then to what many saw as an apology by Jordaan's boss, chief executive officer of FirstRand Limited, Sizwe Nxasana, and finally to FNB retracting some of the controversial testimonials.

"They say deciding whether to go political is like deciding whether to bowl first in a Test match," said Gordon Muller, marketing strategist and owner of consulting company GSM Quadrant. "You think about it for a while, and then you always bat first. You just don't do it."

Communications strategist Sarah Britten agreed. "A lot of us who work for corporates look at that campaign as an example of what not to do," she said. "FNB stood up, they waved the flag bravely, and got shot down."

Nevertheless, Britten said it would be inaccurate to blame Jordaan for the failed communication crusade.

"I certainly don't blame him. It wasn't his campaign," she said. "He would have approved it, but he trusted people that he had put in place to check that it wouldn't place the bank in disrepute."

British advertising executive and author of politicaladvertising.co.uk Benedict Pringle said political advertising could be effective in a number of different ways: "It helps create a narrative in the mind of your audience. The campaign was probably designed to appeal to young South Africans who feel dissatisfied with the state of the world, but who are optimistic about the future."

It did this by having them believe that FNB shares their point of view and is therefore best suited to cater to their financial needs, he told the Mail & Guardian. In the long term, it might be beneficial for the brand.

Virginia Magapatona, head of communications at FNB, said the campaign had received "very positive feedback" as it unfolded, and the number of new customers had continued to grow since it was flighted.

Customers to benefit from disruption in retail banking, says FNB