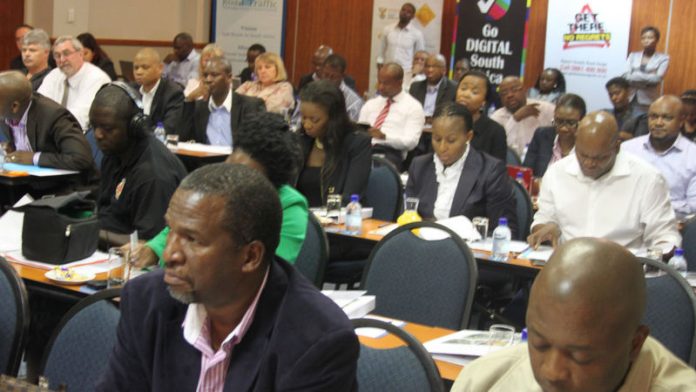 Minister of Communication Dina Pule, who addressed thousands of people at the World Telecommunications and Information Society Day celebrations held at Richards Bay, on the north coast of KwaZulu-Natal, last Friday, said she believed that all the obstacles preventing the digital migration were now removed. “I can’t commit to a date, but it is most likely that we will start it early next year.”

The court ruled in favour of etv. “I doubt there will be further delays in this matter because International Trade Union has also given deadline of June 2015 to switch on to digital, so the stakeholders are working against time and I hope they are working around the clock to finalise the matter between themselves. Out of 11 million household viewing SABC channels, five million have been identified as poor; their set-top boxes will be subsidised by the government. This means that they will pay less for their set-top boxes,” said Pule.

She also also touched on the rollout of a broadband programme, which will enable all South Africans to access internet anywhere, irrespective of whether the area is deep rural or mountainous.

She called on parents to teach their children the importance of road safety, especially about the dangers of speaking on cellphones while crossing the road. She said her department was partnering with the department of transport in this year’s celebration of World Telecommunication and Information Society Day under the theme “Improving Road Safety Using ICT” was because of the research statistics by International Trade Union Study Group headed by Yushi Naito.

Naito’s study group revealed that pedestrians that text while crossing the road are four times less likely to look before crossing, which made them more vulnerable. She said this must be taken seriously because pedestrian deaths account for 46% of the total road fatalities in South Africa.

Pule also touched on the recommendations that came out of the workshop on telecommunication and information. She said the signing of a declaration between her department and the department of transport would take place soon. Interim SABC board chairperson Ellen Shabalala was one of the guests that attended this event and said the SABC is ready for migration as well.

“We are talking to etv and we hope that we will find one another soon and start migration, which will benefit our viewers,” she said. These digital channels would have a variety of programmes, including youth channels, sport channels, cultural channels, she said.

People got to know better how Sanral, Road Traffic Management Corporation, the Road Accident Fund and the Road Infringement Agency operate. These companies organised 500 students from the University of Zululand to come and access work opportunities, bursaries and in-service training that they offer.

SAfm has allegedly been operating this way since Dennis O’Donnell’s resignation, with different people being brought in to take on the role of station manager.
Read more
Advertising
Continue to the category
Politics