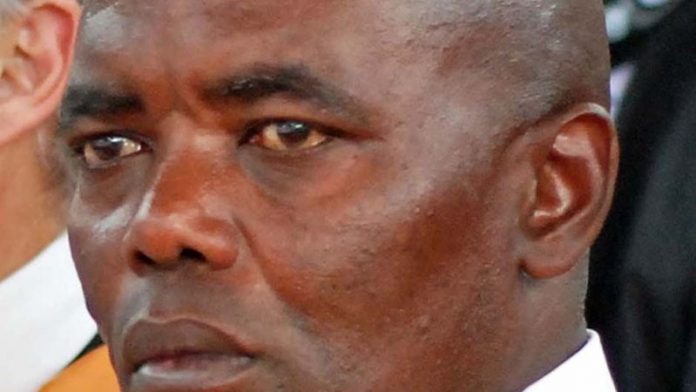 Though the government released a comprehensive timeline of events that led up to and immediately after the landing of a chartered plane at Waterkloof Air Force Base in late April, major holes remain in the official narrative.

Chief among those is why at least two officials would risk their careers by lying about the involvement of "Number One", who they claimed had wanted arrangements to be made for the Gupta jet to land.

Although the report says that Zuma's name was invoked in order to secure permission for the landing – and that the Gupta family in effect summoned Transport Minister Ben Martins to a meeting during preparations – it does not provide any proof that  "Number One" refers to Zuma.

It does, however, operate on the assumption that  the high personage in question must be the president.

In any event, the report casts a military officer and a diplomatic official as liars, while accepting as truth a version of events provided by the presidency.

According to the report, both state protocol chief Bruce Koloane and Lieutenant Colonel Christine Anderson, who is stationed at Waterkloof, told other officials that "Number One" was aware of the Gupta wedding preparations and wanted landing permission for the chartered jet approved.

Due process
But Koloane, the report says, admitted he had lied at the time and "that neither the president nor officials in the presidency, whether junior or senior, ministers and directors general in [the department of international relations and co-operation] and defence and military veterans had instructed him to assist with the landing of the aircraft".

Anderson has not recanted, but the directors general responsible for the report accepted the firm denials from the presidency that there had been any pressure, or even know-ledge, on the part of Zuma.

Neither Anderson nor Koloane would speak to the Mail & Guardian this week but the former is expected to challenge the initial findings in the report. Pikkie Greeff, the national secretary of the South African National Defence Union, told the M&G he'd had a long consultation with Anderson, but was not at liberty to disclose her responses and her defence.

"We are going to insist on due process. Her version and her defence will come out in the formal process, which we have been saying we welcome," said Greeff. "The way the matter has been treated in the report is a violation of her rights. In the letter placing her on special leave it was indicated that a board of inquiry would be convened in terms of the Defence Act. We've been asking about that process for two weeks with no answer. The only response has been this report."

Another gaping hole in the report is in the shape of what is believed to be the first official correspondence on the matter between Indian government representatives in South Africa and the military.

According to the report, official permission was first sought in a letter from the Indian high commission to land at Waterkloof in early April. That, the report holds, was a turning point in attempts to secure the use of the air base.

"Between 2 and 4 April 2013, the approach transitioned from one characterised by the involvement of government officials in a family matter to an official diplomatic approach," it reads.

VIP flight
However, the M&G has seen a letter from the Indian high commission dated late February, which appears to have been the first request for landing permission.

That letter, addressed to the chief of the foreign relations department in the South African National Defence Force, makes reference to a "VIP flight", and requests assistance in allowing it to land at and depart from Waterkloof.

The April 4 letter, cited by the report and also seen by the M&G, not only makes a direct reference to the February letter, but also serves as little more than a reminder that it had been sent.

That makes it curious indeed that the investigating group could be ­unaware of the February letter.

Meanwhile, Zuma on Thursday condemned "the practice of using his name and that of Cabinet ministers to secure privileges or flout government procedures", following the release of the report.

"The president did not speak to or authorise any government official to process or approve the landing of the private plane at Waterkloof, as alleged in the information put before the investigators," said a statement from the presidency.

"It is unfortunate that some officials and members of the public would resort to that practice of using and abusing the names of members of Cabinet in this manner to further their own ends, as alleged. We call for vigilance and urge all our officials who are entrusted with managing state institutions not to succumb to pressure from name-droppers," said Zuma in the statement. "They should immediately report, to their superiors and to law enforcement agencies, anyone who behaves in this manner.''