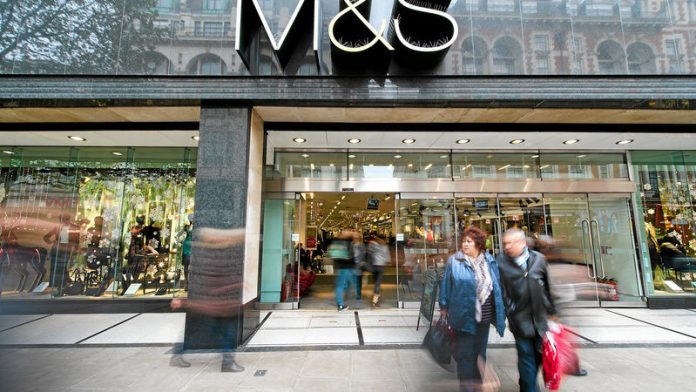 Marks & Spencer has become the latest in a string of British companies to face criticism from tax campaigners over the way it structures its online sales to Europe &ndash; with one describing its sales operation as similar to that of the internet retail giant Amazon.

The British retailer has been expanding its online operations to several countries across Europe with a new website, hoping to grow its business in a difficult economic climate.

But internal M&S documents show the firm's structure involves shipping goods from one country &ndash; the United Kingdom &ndash; while invoicing the transaction to another &ndash; Ireland.

Orders made through the site from France, Germany, Ireland or other countries are shipped from M&S's UK warehouses &ndash; but the transactions are all made with, and charged to, Marks & Spencer (Ireland) Limited, a subsidiary located in the Republic of Ireland, which has the lowest corporation tax rates in Europe.

This process of using internal billing between countries in order to ship goods from one country when doing business in another is referred to as "transfer pricing", and while perfectly legal, the practice is highlighted by tax campaigners who object to Amazon.

The corporate tax structure
However, M&S only uses this structure for sales outside of the UK: all sales in UK stores and online to UK addresses are processed through the UK and are subject to UK corporation tax.

A specification document prepared last year when the site was being designed specified that "[t]he corporate tax structure will be aligned to that of the Irish website".

The document then detailed how, while the goods would be shipped from the UK, M&S UK would only receive a wholesale &ndash; not retail &ndash; price: "Goods issued from Hardwick DC [distribution centre] in the UK at cost price … intercompany invoice at cost price in GBP with a variable mark-up % by country (of order) plus UK VAT."

Earlier this year, after UK Finance Minister George Osborne announced a further cut to British corporation tax in his 2013 budget, an M&S employee sent an email to a superior questioning the need for the complex operation of the international site, giving their personal view as to why the structure existed: "Given that it was developed as a means to avoid UK corporation tax when it stood at 26% it now seems appropriate to reassess this," it read.

"Corporation tax will be 21% by next year. Does this not render many of the advantages of having an Irish company obsolete?

"From a tax management perspective there may have been advantages in avoiding the UK 26% tax rate but the process and IT overhead with the additional VAT complexity may negate these advantages. Needless to say there is also the reputational damage to M&S should it be seen to be avoiding UK tax in the current climate, as seen with recent examples such as Starbucks [and] Amazon."

Tax avoidance has also been made a central component of next month's meeting of the G8 economic summit by David Cameron and George Osborne.

Marks & Spencer said Ireland was used to host the website as it was the largest international market for M&S, and therefore the logical host for the EU site. It said: "M&S is a major UK taxpayer, contributing over £800-million to the UK exchequer in 2011/12.

"These are not UK sales, these sites do not serve UK customers and there are no sales made in sterling. All tax is legally and fairly paid both in the UK and in Ireland."

"Disgraceful"
But tax campaigners have been angered by the revelations of how M&S operates its international division, accusing it of trading off its British reputation.

"Given that Marks & Spencer portrays itself as a British institution, it is disgraceful that it is choosing to avoid paying tax in this country," said Suzy Blackwell of UK Uncut, which has pushed for changes to the law to cut down on legal tax avoidance measures.

"The government must stop letting companies like Marks & Spencer dodge tax which could go towards funding vital public services. It's an outrage that the government is allowing this behaviour to continue while making devastating cuts across the country."

Richard Murphy, an accountant who writes for the UK Tax Justice Network, agreed. "There is no doubt that this is Marks & Spencer 'doing an Amazon' by setting up an arrangement in a low-tax jurisdiction where little or nothing happens to avoid tax where the trade really takes place.

"As Ernst & Young told the public accounts committee last week, such arrangements are common. But what that means is big business is now used to playing games with tax authorities, who appear to have meekly accepted there is nothing they can do about it. That has to change."  &ndash; © Guardian News & Media 2013