Moyes is the real ‘special one’, says Neville 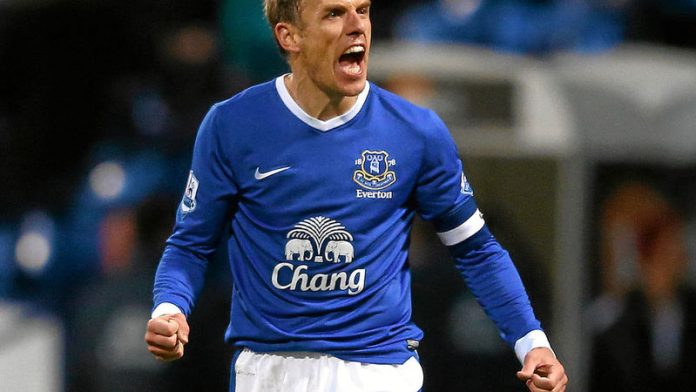 It could be bias or the insight from a career played entirely under Sir Alex Ferguson and David Moyes, but either way, the former Everton captain is adamant that the Scot, not José Mourinho, is the perfect fit for Manchester United.

Few are better placed to assess Moyes's credentials as Ferguson's replacement than Neville, who worked alongside the Everton manager for eight years after leaving Old Trafford at the age of 28 in 2005. They could be reunited if Moyes opts to bring the 36-year-old on to his coaching staff at United though Neville has told Everton's chairperson, Bill Kenwright, he wishes to succeed the Scot at Goodison Park.

Neville's immediate future may be uncertain, but his confidence in Moyes's ability to prove wrong the doubters who would have preferred the more glamorous and proven appointment of Mourinho is clear. "He is the best candidate, 100%," insists Neville. "You can put him alongside any coach in the world for that job and he is the best candidate. If José Mourinho came to Man United you would think, with his track record, that in maybe three seasons he would be gone. Man United are looking at the next 20 years.

"They've just given David Moyes a six-year contract. It is that kind of club. They invest in a certain kind of manager and that is why he is the best man for the job. There is no one else they could have invested in who would offer the same longevity as the previous manager.

"People talk about Mourinho being the 'special one' but the gaffer has something special about him in his own way. He keeps producing. Every season at Everton people would say he is going to get stale and the club is going to finish in the bottom half but that never happened. He sucks everything out of everyone."

Neville's Everton career has also finished, but unlike the club's departing manager, the next step remains unknown. "I don't want to rush into retirement and regret it because people say play as long as possible until the legs can't take any more. I'm not at that stage yet, but I nearly am."

Stoke City are among several clubs interested in Neville as a player, coach or both, but the plan to leave Everton has been revised since United's sudden move for Moyes. Wigan's Roberto Martinez remains the favourite for the Everton manager's job but Neville, along with fellow internal candidates Alan Stubbs and David Weir, has spoken to Kenwright.

Neville, who is working towards his Uefa pro-licence, said: "It would be a really good job to get. I know there are players who have gone into jobs and failed but I just think I have prepared. I have prepared for the last five seasons and I have got some really nice decisions to make. I am prepared for every eventuality.

"I've not reached the end of my career and thought: 'I know, I'll be a manager.' I have had a lot of experience, studying coaching practices. I've got files on every training session from the last three seasons. I have been away with the Under-21s. I'm half-prepared for what I am going in to. I pick his [Moyes'] brains constantly. We were out recently and I was asking him what it is like when your team goes on a night out. Do you set curfews? You have to learn these things.

"He has been unbelievable in the way he has opened up. He tells you the pitfalls and his strengths. I grill him. He must think sometimes: 'Give me a break.' It's the same with Steve Round [Everton's assistant manager]. I virtually man-mark him."

The 36-year-old could follow his brother Gary into the television studio next season if he wishes, as the BBC and BT are keen. But he would prefer the aggravation of management. "We have to go back towards more English coaches and I think over the next three or four seasons the Carraghers, Owens, Terrys, Lampards, my brother, Scholes, Butt and Giggs will be involved. I think the Premier League will be littered with managers of that ilk in four or five years' time." – © Guardian News & Media 2013

United’s foundations at risk unless Solskjaer rids club of ‘weeds’