Stadium scrum is a Test case for Saru 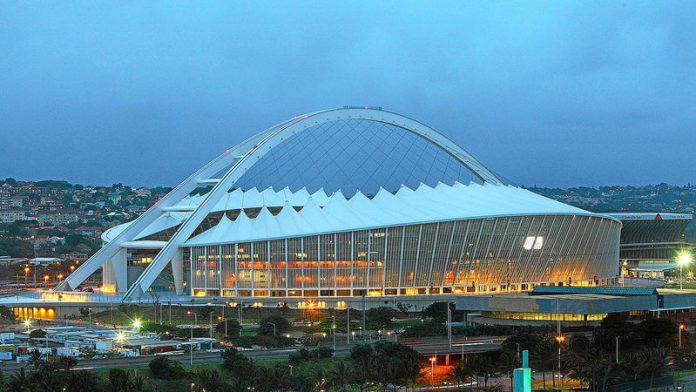 Three weeks away from the first Springbok Test match of the season you would be hard-pressed to know that anything unusual was happening at Kings Park in Durban. Touted by the South African Rugby Union (Saru) as the first ever double-header Test in this country, marketing for the event has been all but invisible and although tickets are available from the stadium, the Sharks website makes no mention at all of the forthcoming attraction at their home ground.

For the record, the Springboks will play Italy in the late game on June8, with the curtain-raiser featuring Scotland against Samoa. But stakeholders have been shocked by the lack of advertising ahead of the event and there seems to be a very good chance that Kings Park will be well short of capacity on the day.

This will be the first Test match in this country to be played under the direct auspices of Saru, the national governing body. Hitherto, Tests have been sold to unions for millions of rands with the onus being on the hosts to make a profit through ticket sales, hospitality and catering. Now Kings Park finds itself the guinea pig as a venue for Tests to which it holds no rights.

Not surprisingly there have been teething problems, one of which is marketing. The Kings Park ticket office told the Mail & Guardian that tickets only went on sale on May 13 and that the union had been told by Saru not to advertise the games before then.

A spokesperson for the ticket office said that the easiest way to buy a ticket is through Computicket, but when the M&G tried to do just that  it proved impossible. Buying tickets for the following week's reverse double-header at Mbombela Stadium in Nelspruit did not present a problem, but clicking on "Book" for the Kings Park Tests suggests that the game is being played at the "Montecasino Outdoor Piazza" and that "this performance is not yet open for bookings".

Saru's website offers hospitality packages for the Nelspruit Tests at R1 750 a person, but there are no details surrounding the Kings Park Tests other than a mention in the forthcoming fixtures column. The Kings Park ticket office said that there had been some interest in tickets for June 8, but warned that the choice seats around the halfway line have already been allocated to season ticket holders.

Provincial unions
The Sharks advertised this year that a season ticket would include a ticket for the Test, the very thing that Saru is trying to circumvent by taking control.

Back in December Saru's chief executive Jurie Roux said: "Saru was the only major union in world rugby that didn't properly own its own Test matches. The decision by the exco now gives ownership to Saru. The key benefits will be in allowing us to plough back a share of the profits into all the provincial unions."

One thing that has constantly irked Saru has been that it cannot provide major sponsors and their guests with the best seats in the house for Test matches. That's because hospitality suites are sold by unions to provincial sponsors and supporters in multiyear deals. Many suites stand empty for Currie Cup games, but are packed out for Super Rugby games and Test matches.

Two unions in particular raise the ire of the governing body: the Sharks and Western Province. Both have been asked to look at the feasibility of vacating their current premises and relocating to stadiums built for the 2010 Football World Cup.

For Province there is a massive financial incentive, as they own Newlands and could make hundreds of millions of rands by developing the ground for real estate. But the tradition surrounding Newlands and the vested interest of the stakeholders have been major sticking points in discussions around moving to the Green Point Stadium.

It is a different story for the Sharks, whose stadium is owned by the eThekwini municipality. Provincial rugby has been played at the ground for over a century, however, and the union recently signed a new rental deal with the municipality far into the future. Nevertheless, pressure continues to be exerted on the union to move next door to the Moses Mabhida Stadium, a move that might allow Saru to have a say in who sits where and the municipality to earn rent on a 2010 white elephant.

From the moment the 2010 stadiums were mooted it was always assumed that rugby would end up justifying their existence. The Pumas have enthusiastically adopted Mbombela and Saru has made no secret of its preference for Soccer City in Soweto to either Ellis Park or Loftus Versfeld.

It may just be that the reason for the lack of marketing around the Tests at Kings Park next month is that they may be the last to be held there.

There are no Tests allocated to the venue in 2014 and the 2015 Rugby Championship Test against Australia merely says "Durban", an indication perhaps that it will be played at Moses Mabhida and that, by then, Saru will be playing Tests at traditional rugby venues only as a last resort.