Suddenly Africa is looking up 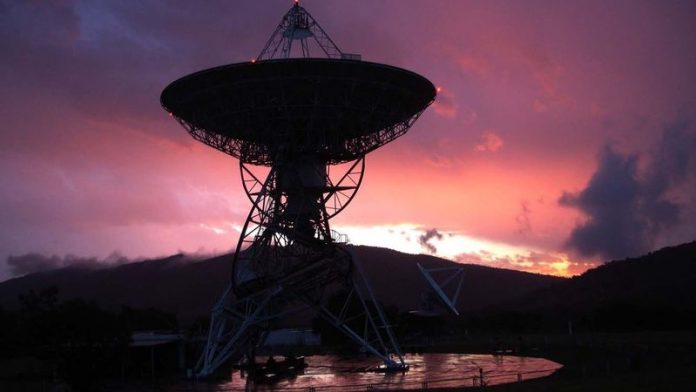 Boredom is an under-appreciated and misunderstood tool in scientific innovation. Albert Einstein was pushing paper in a patent office when he developed his general theory of relativity, which altered the foundations of physics. In 2008 Mike Gaylard, then the associate director for radio astronomy at the Hartebeesthoek Radio Astronomy Observatory (Hart­RAO), was bored.

A bearing on the 26m dish was broken – 48 years of hard use tends to do that and engineers were flown in from the United States to fix it.

This left Gaylard with time on his hands. So what does an astronomer do when he can't explore the skies? Well, from the sound of it, he became a chair-bound explorer, investigating lesser-known parts of Africa with Google Earth.

In the two years that followed, Gaylard sat in front of a computer and hunted for telescopes.

At about the same time as the dish bearing broke, he fortuitously came across a paper by IntelSat, which documented the countries in Africa that had satellite dishes and gave a – sometimes very vague – description of where they were.

Back in the old days, before the fibreoptic cables that now flank the coasts of Africa and light the dark continent with high-speed internet, countries used satellite dishes to communicate with the rest of the world and Telex machines – the modern telegraph, before the days of fax machines – to send data. But the cables made these dishes – and, thank heavens, the Telex machines – redundant because one fibre-optic cable equals about one thousand of these dishes in terms of its bandwidth.

In the 1970s and 1980s, following their independence, many African states built large dishes to transmit voice, TV broadcasts and other data. You needed a big dish because the satellites had low-powered transmitters. But the march of technology continued: transmitters got bigger so you could use smaller dishes. Within a decade, these smaller dishes became the flavour of the month and the big ones were used as backups.

Undersea cables
Technology continued its relentless advance and now the smaller dishes are the backup, with the population relying on the undersea cables, and the big dishes are collecting dust, rain or being stripped for scrap. For many African countries, this outmoded technology is a roosting place for birds and a shady spot for local wildlife.

Gaylard knew vaguely where some of these dishes were. Unfortunately, they are usually in remote places. It isn't just about looking for a place on Google Earth – the locations are vague; you have to do some investigative work and search for old press clippings or any mention of a monster dish. It's strange: you wouldn't think it would be so difficult to find a whopping big white dish in the middle of nowhere.

So you start in the major city, after looking for any reference to the dish that might help you narrow down its location, and "you work in bigger and bigger circles trying to find these dishes on Google Earth pictures – a needle in a haystack", Gaylard says.

But he has rediscovered, uncovered and tracked down 26 large dishes in 19 countries to date, and there might be more. In terms of Square Kilometre Array (SKA) partner countries, South Africa has three, and Ghana, Kenya, Madagascar and Zambia have one apiece. But other countries also have a wealth of antennas: Nigeria has three; Algeria, Cameroon and Egypt each have two; and Benin, the Democratic Republic of Congo, the People's Republic of Congo, Ethiopia, Malawi, Morocco, Niger, Senegal, Tunisia, Uganda and Zimbabwe have one each.

There is great interest in setting up radio astronomy programmes in African countries, even in those that aren't SKA partners. For example, two Nigerian astronomers at the University of Nigeria in Nsukka did their doctorates at HartRAO and have been pushing to have radio telescopes built in their country. Unfortunately, the cost of building a radio telescope from scratch is daunting. But Gaylard's research, revealed that there are several disused dishes in Nigeria – he could even measure their size using Google Earth.

"The African VLBI Network would not even be a concept if it wasn't for Google," says Gaylard.

The African VLBI (very long baseline interferometry) Network is arguably more exciting than the SKA. Yes, the SKA will bring prestige and cutting-edge science, but a network of African radio telescopes is something that is Africa-driven and an idea that comes from within the continent. It will definitely have benefits for the SKA, but it is independent and hopefully won't take 20 years to get going. "When the SKA comes to Africa, life is going to be a great deal easier if we have people who know radio telescopes and how to do radio astronomy in those [partner] countries," Gaylard says.

Skills development
It also helps if there is already a big dish there, standing idle. Although it costs a great deal of money to convert satellite dishes into radio astronomy telescopes – about R10-million to R15-million – it is much cheaper than starting from scratch.

But there is a more important reason: radio astronomy has been held up as a way to increase innovation and drive skills development. Why should this chance be confined to South Africa, when other African states want to get in on the action? The discipline is recognised as a benign way to develop highly skilled people, which the continent needs.

The most prominent success story in Africa is Ghana. It also has an old 32m satellite dish and a smaller 16m one that still carries some satellite traffic at the Kuntunse Satellite Earth Station outside Accra. Vodafone owns the antennas on the Kuntunse site but the larger dish has been out of commission for a decade.

Vodafone donated the 32m dish to the Ghanaian government for radio astronomy. At the moment, everyone seems to be negotiating the red tape.

Justin Jonas, associate director for science and engineering at SKA South Africa, appears rather matter-of-fact about the possibility of a new telescope: "I've been over there myself and we've been working on building a receiver for that dish, working closely with the local Ghanaians. They're setting up a radio astronomy institute there."

But Gaylard is much more outwardly enthused. A big smile stretches across his face as he starts talking about it: "I knew from satellite photos that there was a 32m [dish] on top of the roof and it is still there! You can see it on the photos. So we get there and say, 'Well, are you using this, the 32-metre?' 'No, no, we shut that down 10 years ago.'"

It would be wrong to call sophisticated radio astronomy equipment a toy but Gaylard looks like a child who has just opened a Christmas present.

In June last year, the African Ren­aissance Fund approved R120-million to go towards the African VLBI Net­work, and what makes this so exciting – possibly even more than the SKA, even though it will probably sink into obscurity next to the dazzling leviathan array – is that it is a project Africans can call their own.

Edited excerpt from Searching African Skies: the Square Kilometre Array and South Africa's Quest to Hear the Songs of the Stars, published by Jacana Media in 2012

Africa Day offers a chance to celebrate progress and unity