The roots of anti-Indian racism 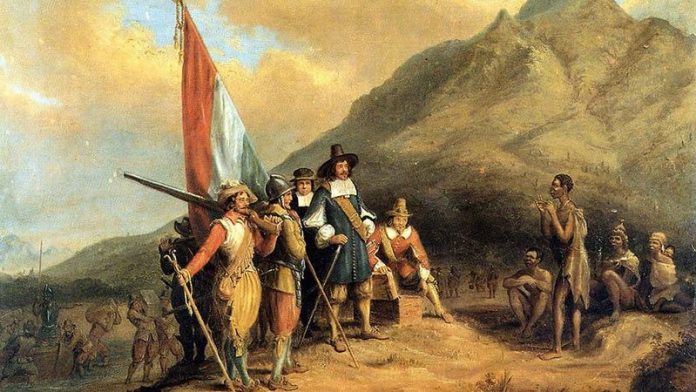 In the aftermath of Guptagate there is a rising anti-Indian sentiment that brings into sharp focus what has been called "the national question". All the components of the liberation movement, from the small but intellectually influential New Unity Movement to the fracturing but militant Pan Africanist Congress; from the oldest-of-the pack ANC to the vibrant black consciousness of Steve Biko, were all faced with how to deal with "the national question".

This was the fundamental issue in understanding the nature of the settler-colonial reality that mutated into apartheid from the middle of the last century, but goes back to 1652 with the arrival of the first European settlers.

Essentially, "the national question" tells us how white supremacy was formed and how it reproduced itself. It suggested strategies to bring about a new nation free of racism. The late Neville Alexander was one of the foremost scholars and participants in the struggle for the resolution of "the national question". His book, One Azania One Nation, remains a classic contribution to this debate.

Alexander showed that the problem with the ANC was that it accepted the four-nation thesis ­created and manipulated by the apartheid regime to divide and conquer. Indeed, the Freedom Charter accepts the apartheid racial hierarchy that posits, in descending order, whites, Indians, coloureds and Africans. Alexander warned about the dangers of how this hierarchy was likely to reproduce settler-colonialism instead of resolving "the national question" (though in his last years he seems to have abandoned his own thesis for a vulgar class analysis of the matter of identity). Twenty years of ANC rule have nevertheless settled the question in favour of those who criticised the ANC's grasp of "the national question" as essentially colonial and ­sustaining of white supremacy.

This ANC project that has unfolded since 1994 is incapable of addressing the material dispossession (land and labour) of black people, but also can't heal the subjectiveness of oppression and the damaged psychological complexes black people have suffered over generations. What we have is obfuscation and the reproduction of dangerous anti-black constructs.

Whereas black consciousness went against the apartheid categories and collapsed all the oppressed (Africans, Indians and coloureds) into one category of blacks as a group opposed to white racism, the ANC has sustained these divisions and now we are likely to reap the whirlwind.

Self-hatred
The Guptas, ironically, display in the most vulgar way the damage and the complexes we are talking about – those that essentially manifest as black self-hatred. The vulgarity of the showmanship at the Gupta wedding shows a desperate attempt to flee from blackness. The same madness is seen throughout post-colonial Africa, in the form of conspicuous consumption, and we would do well to remember that this is true for South Africa as well. The ministerial handbook is a bible for entering the white world. Why do we think Julius Malema and Jacob Zuma want houses with bunkers? Why would Juju so prize his R250 000 watch? These are all comical schemes to run away from blackness.

This self-hatred plays itself out tragically in the everyday interaction between the African and the Indian in Durban, seen in the vile and at times violent denigration of the African. Indians, because of where the white system has put them in the racial hierarchy, generally do strange and hurtful things to sustain their distance from "the kaffir"; we know that even the great Mahatma Gandhi was afflicted by similar problems, to the extent of siding with the whites against Africans.

On the other hand, the African is hurt by what he sees as Indian racism, because the Indian is black. It's as we say: "I can tolerate white racism, but Indian … ?" Right now, emanating from marginal voices (thank God!), there are shrill calls for the "liberation" of KwaZulu-Natal from Indians. We also see anti-Indian sentiment on social media, showing an exaggerated sense of injury against alleged Indian racism.

But this rage is blind to the real beneficiaries and creators of the divisions between black people. Every time I have raised the issue of white land ownership and economic domination, I'm met with indifference: this is so because of the same damaged psychology, in which black ­people are quick to harm each other and avoid the real problem.

The response from Indian opinion-makers has not helped matters. They have tried to distance themselves from the Guptas and claim the Gutpas are bad Indians from India, while, on the other hand, denying that apartheid gave Indians slightly better privileges – and that these privileges explain why Indians are "overrepresented" in managerial positions. The worst is the talk of "Indian excellence and hard work", half-truths and bad faith that serve only to annoy the African more, because we all know it's not the Indian's hard work but apartheid that apportioned privileges and thus enables these "achievements". And, to the extent that we didn't address "the national question" in 1994, the hierarchy will remain what it is, with white people on top.

The ANC's four-nation thesis has proven that its critics were right to say it was about bringing black managers to the apartheid state and economy (with some perks, of course). What is now needed is a new search for the resolution of "the national question". Black consciousness is the most advanced and comprehensive response to this challenge. First, it would rebuild damaged senses of black self; second it would show why Africans, coloureds and Indians belong to the same black identity.

The power of black consciousness is the power of self-identification and the refusal to be a slave to a reality created by the oppressor. The racial hierarchies and privileges were not a creation of any of the oppressed groups. They were determined by whites for their own evil agendas. The genius of black consciousness is precisely the refusal to allow white-created history to dictate how we respond to our oppression.

Only black consciousness can help us resolve "the national question" and avoid the impending mutual devouring of each other as we strive for affirmative-action promotions, vegetable markets and other marginal economic gains while leaving intact the apartheid, racist anti-black socioeconomic and political reality. Black consciousness shows beyond doubt that the problem is not the Indian: they are merely running away from blackness and mimicking whites, like all blacks do. The problem is the ANC's project, which is about elite benefit and which sustains colonial and racist realities for the majority.