Zuma has corrupted the soul of SA 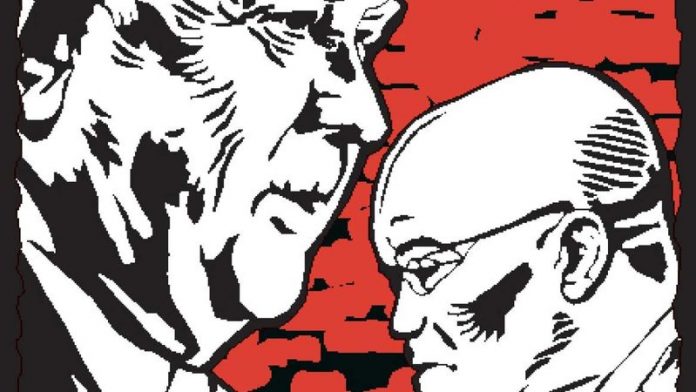 The recent comment by Zambia's Vice-President Guy Scott likening President Jacob Zuma to former president FW de Klerk is unfair to De Klerk. At a critical moment in South African politics, De Klerk listened to the voices that called for change. He was not blind to the unpalatable reality that it was time for apartheid to go – whatever pressures prevailed to "force" him, as some might say, to release Nelson Mandela in February 1990, and to use his power to call a referendum in March 1992 to determine white voters' support for political negotiations. De Klerk could have ignored wise counsel and dug in his heels – like his predecessor PW Botha did.

Zuma relentlessly ignores warnings about consequences that are apparent to others. It is like the proverbial writing on the wall – a man entangled in a network of associations from which either he or his family benefits, blind to the potential negative impact that these relationships might have on his office as president of the country.

An opinion article that I wrote for this newspaper during one of Zuma's trials in April 2009 still resonates: "At a time when we need leaders who will be moral role models for the next generation of leaders, one wonders what the future holds when our president's strength of popularity is not matched by the strength of his reputation for moral stature. How will he speak with authority on matters of corruption?"

From the very beginning, Zuma's presidency was destined to corrupt the soul of the country. The dramas that unfolded during his court trials and after his acquittal have been burned into our collective consciousness. Among these, members of the South African Democratic Teachers' Union, who abandoned pupils in the middle of examinations in order to join Zuma's supporters at his trial, scenes of aggressive protest against the young woman who accused Zuma of rape; the extraordinary admission by Zuma inside the courtroom that he had had unprotected sex and took a shower to minimise the risk of HIV infection, and Julius Malema leading the crowds of Zuma's supporters and threatening to "kill for Zuma" if he were not acquitted. These were disturbing images and, in my view, laid the foundation for what Zuma has called the "moral decay" that has gripped our country.

Recently the problem of violence in South African society has been discussed at several forums around the country, on radio, at institutions of higher learning and by civil society. The president also had his own initiative related to this matter, calling on religious leaders to help address this problem. Yet the "moral rot" – to invoke Zuma once again – is visible in plain sight in the ANC's ­echelons of power. It is exemplified in the multiple extramarital love affairs of some of the most senior members of the ANC (and children born from some of these affairs), gory details of allegations of physical and emotional abuse of a spouse and workers by a Cabinet minister in the ANC government, the rampant corruption scandals  involving ANC officials – from the highest level of leadership in government to the very lowest in provincial offices and the country's border gates and the assassination of ANC provincial leaders and/or allegations of ANC leaders hiring hit men to murder their opponents or those threatening to expose corruption. Moral rot at the top can breed lack of trust in government, disillusionment and chaos in society, but wise leaders with moral stature bring stability – to paraphrase a biblical text.

Born frees
The cruellest of all features of Zuma's presidency is the continuing injustice of the failure of service delivery, the collapse of health institutions and the dire state of many schools. All this cuts to the core of the soul of our country, rupturing the very essence of our being as a nation.  It is not surprising that we have now descended to the level of our young raping our old.

These young people who are raping their grandmothers are not the "lost generation" of apartheid; they are the "born frees" of the new South Africa. They were promised a future that would open up into an horizon of hope and opportunity. Instead, they have become disenchanted, waking up daily to the yawning void of emptiness. Very few of them will escape the fate of intergenerational poverty in their homes and communities. Worse, the conditions under which many of our young people grow up are irreconcilable with the promises of change under the ANC government. Under Zuma, our government seems to be edging inevitably closer to becoming a government of broken promises, corruption and unaccountability. Who can forget the shocking images in this newspaper of the appalling conditions of some of the schools in the Eastern Cape? If children are treated as if their lives do not count, they are likely to grow up with very little or no pride in their identity and a sense of worthlessness. If they grow up feeling that their lives do not count, that they do not matter in the larger scheme of things, how can they be expected to bestow a sense of worth on others?

The life circumstances of marginalised young people in our country are similar to those of their parents and grandparents under apartheid – except that they are worse off than their forebears.

Their parents and grandparents, relegated to second- and even third-class citizenship, "expected" the apartheid government to treat them inhumanely.

In this democracy of ours, however, many young people feel a deep sense of betrayal by a government they trusted. The broken promises of politicians, who seem more concerned about winning elections than about delivering on their promises, is a pain that cuts very deep and explodes many young people's sense of hope. At the same time, as witnesses to the excesses of political elites and their business partners, they see that ours is a democracy that has benefited corrupt officials, the president, his family, and those with close ties to the president.

This culture of patronage – you stroke my back and I stroke yours – has defined the ANC's leadership over the past several years. It was epitomised most dazzlingly in Malema's rapid accumulation of wealth; his shameless use of the coffers of a province as his private bank account.  The brazen flaunting of this ill-gotten wealth by Malema when he was still protected by his close ties with Zuma reflects the kind of impunity that permeates the entire system.

Hypocrisy
This brazen display of disregard continues, as exemplified in the Gupta family's breach of national security at Waterkloof. Like the silence that repeatedly followed Malema's outrageous public statements, Zuma's deafening silence and failure to publicly condemn the Guptas for overstepping the limits of their relationship with him as head of state speaks louder than words. Why doesn't Zuma see the contradiction between this entanglement with the Guptas and his position as head of state?

It seems clear that the president's permission was not sought for the Gupta's plane to land at Waterkloof; however, the hypocrisy of emphatic statements from senior government officials trying to distance the president from the actions of the Guptas was not lost on some observers of this saga.

This collective response from the top brass of the ANC government reminds me of FW de Klerk's attempt to distance himself from Eugene de Kock, the most highly decorated officer under apartheid who was appointed to head the security department's covert operations unit. The comparison may seem extreme. However, there is an unwritten agreement operating among political elites that when they feel ashamed because behaviour that they sanction in private has become public, the person responsible for the behaviour should not under any circumstances be portrayed as reasonable.

De Klerk, for example, has always suggested that De Kock was one of the bad apples of the apartheid security apparatus. If De Kock is a "bad apple" then we need not look any further; the matter has been explained. On the other hand, the more we humanise him, the more we are forced to conclude that there were factors that led him to do what he did. One must then ask, what were those factors? And that is the fear  from which the more guilt-ridden layers of those in power, the politicians and social elites who could have wielded influence, try to shield themselves.

To echo Zambia's Scott, like it or not, in very subtle and not so subtle ways, there are parallels between the way apartheid leaders used power as a system of social control and the strategic ways in which the ANC uses its power.