‘Zulu’ brings Cannes to a close 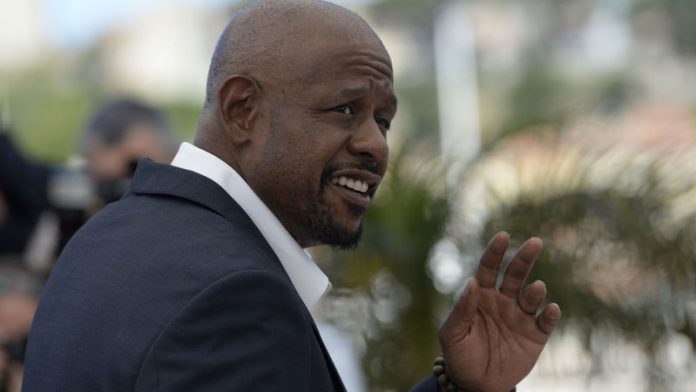 The film premiered at the close of the Cannes Film Festival on Sunday and is directed by Largo Winch's Jérôme Salle, co-starring Orlando Bloom as a free-wheeling white officer and South African actor Conrad Kemp.

As a child, Whitaker's character Ali narrowly escaped being murdered by Inkhata, a militant political party at war with Nelson Mandela's anti-apartheid ANC. Now, as chief of Cape Town's homicide branch, his quest to bring the perpetrator to justice leads him on a path that uncovers the unhealed wounds of post-apartheid South Africa.

Zulu's explicit and, at times even gratuitous, depiction of violence and inter-human relations paints a highly cynical picture of post-colonial Cape Town, one in which authorities are corrupt and vigilante justice is king.

Whitaker won the Oscar for his mesmerising portrayal of Ugandan dictator Idi Amin in 2006's The Last King of Scotland and is known for adopting a method-acting approach to his roles. In preparation for Zulu he met with real-life Zulu gang members – some just out of prison – and went inside local communities to immerse himself in the character who suffers personal tragedies both in childhood and as an adult.

"I met the actual gang members from the different communities: the Zulu gang leaders and the different members out of the prisons … I find that it helps to find the source of the character," the actor said.

"The violent crimes unit took me around quite a bit … which helped me understand what it was like to be around the townships," he said, adding that he also learned Zulu and Afrikaans in the weeks up to filming.

"There were a number of 'necklacings' in Khayelitsha, even while we were there," said Whitaker, referring to the summary execution and torture carried out by forcing a rubber tire, filled with petrol, around a victim's chest and arms, and setting it on fire.

"There is that bubbling undercurrent exploding in different ways," he added, saying that while filming in South Africa he saw communities losing faith with local law enforcement and taking justice into their own hands. This mirrors very closely the denouement of the film, where Ali is gripped by thirst for revenge and bloody personal justice.

In preparation for the role, "I was dealing with officers and people in the community were saying: 'They're not listening to us. They're not helping us. They're allowing people to do these horrible things in our neighbourhood. We have to take charge. We are the elders of this community, and we are not going to allow certain things to happen'."

"And where does all that come from? Where is the pain that brings out these things? I think that's what's going to have to be addressed," he said.

Conrad Kemp, the film's only South African actor, said vigilante justice is widespread in the country and linked to people thinking that regular justice is simply failing them.

For Whitaker, however, the real picture is not as bleak as the film might make out. He said slow, apartheid-related forgiveness is occurring.

It's related to the history of colonialisation – "those issues which have to do partly with forgiveness and being able to move forward", the actor said.

"It is slow … [but] the continent is full of potentiality, it's growing, it's changing, it's moving." – Sapa-AP

KwaZulu-Natal races back to 1949