NPA loses high-profile case … against itself 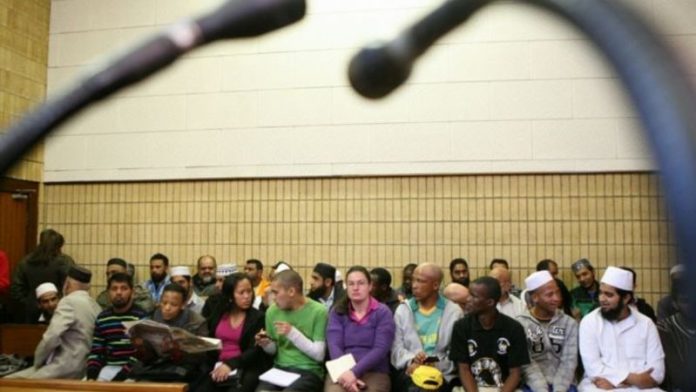 The National Prosecuting Authority has come under attack in recent weeks following a number of unpopular decisions in high-profile cases. To add to its woes, all 15 charges the NPA brought against top prosecutor Glynnis Breytenbach were dismissed on Monday. While this was an internal disciplinary hearing, the NPA effectively lost another high profile case – this time against one of its own.

In South African law, justice must not only be done, but it must also be seen to be done, and losing high-profile cases affects the NPA's public profile and erodes public trust in the system. This is irrespective of whether the merits of the case warrant the public outrage.

But unpopular decisions might be the least of the NPA's problems: it is facing huge budget cuts which will heavily affect overworked prosecutors this year. Financially, it is "cut down to the bone", as one official recently put it.

Last week, the Council for the Advancement of the South African Constitution (Casac) claimed the NPA was in crisis.

Noting the dropping of charges against an accused in the Anene Booysen rape and murder trial; the failure to prosecute the police alleged to have killed Andries Tatane; and the failure to secure tougher punishment for Fidentia Asset Management boss J Arthur Brown, Casac said the NPA’s “crisis” was compounded by low morale.

Casac chairperson Sipho Pityana said, “When considered together with the controversial decision by the former acting head of the NPA advocate Mokotedi Mpshe to drop charges against President Jacob Zuma, as well as the failure to prosecute charges of corruption against Richard Mdluli, which is linked to the suspension of advocate Glynnis Breytenbach, this paints a bleak picture of the NPA. It suggests a toxic mixture of undue political influence and the incompetence of prosecutors."

The NPA came out swinging last week. It said Casac was being “disingenuous” in its “outbursts” and said claims that it was in crisis were untrue.

Government's moves
But public spats are the least of the NPA’s problems, as its 2013/2014 strategic performance plan shows. Budget cuts across the country's national departments, in the wake of government's moves towards fiscal austerity, will hit public prosecutors in the country’s courts hard. There is no money to train new prosecutors this year or hire new recruits to help reduce the workload of those employed.

In its report to Parliament in April this year, the NPA made it clear that it was not bankrupt and that it still paid salaries. But it said it was on a downward trend and that it was struggling to manage its expenditure. The NPA said it would go to the national treasury to "plead" for additional funding for this financial year.

It also admitted that ultimately it is those seeking to access justice through the courts that suffer, whether their cases are high profile or not. As the NPA admits in its report: “The end envisaged result is that the people of South Africa will suffer as service delivery to the vulnerable groups is impeded.”

It is an unfortunate development, as the NPA has performed well against its targets in recent years. At the end of March 2012, the NPA had a conviction rate of 88%. Case loads have been lessened, backlog courts established to help over-burdened courts, and it exceeded its targets for conviction rates in sexual offences crimes and organised crime.

In the 2011/2012 year, the NPA hired 155 more prosecutors and a further 160 trainees were hired on contract through its aspirant prosecutor programme. That program has now been cut.

It processed more cases than in the previous financial year. Backlog courts dealt with over 15 000 cases – significantly helping to clear up valuable court time. Better screening processes meant that fewer cases, where there was no prima facie case against the accused, were reaching the courts.

While the number of bail applications was still clogging the court system and taking up precious trial time, the NPA was using alternate dispute resolution mechanisms to move matters that did not require formal legal intervention away from court. This also helped to ease prosecutors’ stresses, giving them more time to focus on priority crimes.

In a 2012 monograph by academic Jean Redpath from the Institute for Security Studies, entitled “Failing to prosecute?”, this issue is raised as central to the NPA’s problems. Notably, in October last year the Constitutional Court set aside President Jacob Zuma's appointment of national director Menzi Simelane on the basis that the appointment was “irrational”.

“This is a symptom of the intense political battles that have played out in the arena of the office of the NDPP [National Director of Public Prosecutions],” Redpath wrote.

But the NPA set plans in motion last year to address some of the concerns about its independence from the executive by amending legislation, which would move the financial running of the NPA away from the justice ministry. This followed concerns that the NPA’s independence was hampered by the practical awkwardness of having to report to officials in the justice ministry, who in turn report to the minister, who is appointed by the president.

No interference
In response to Casac, the NPA dismissed claims that it was open to interference when deciding whether or not to forge ahead with certain prosecutions.

“The NPA has the constitutional duty to take appropriate prosecutorial decisions without fear, favour or prejudice. We have a duty towards the victims of crime and the society at large, working together with other partners in the criminal justice system, to ensure that justice is served.

"Equally important, the NPA has a duty towards the court and must consider cases based on their strength and merit before putting them on the court roll. This is a discretion provided for in terms of the law and we make every effort to ensure that cases we place on the roll are court-ready," it said.

And yet, in its 2013/2014 plan, the NPA said there is a "real concern" that budget cuts will "translate into a decline in performance despite efforts to improve efficiencies".

"The organisation anticipates that the impact of the constraints will result in the NPA being unable to fulfil its constitutional mandate at all newly established courts as there is no funds available for additional staff that will be required to be recruited.”

It said it was also unable to fulfil its job creation targets because its aspirant prosecutor programme was suspended.

“The NPA also anticipates that its staff will become overburdened and this will start to translate into reduced performance outputs over time. This is a result of vacancies occurring that simply cannot be filled in the next three years. The targets … are under threat as a result,” it said.