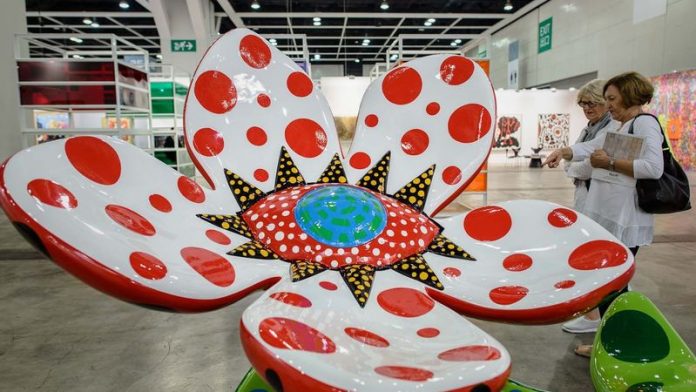 The branding hits as soon as you leave Hong Kong International airport and spot two huge billboards heralding the Asian debut of the world's most prominent art fair, Art Basel. Amid a PR frenzy that drew the likes of supermodel Kate Moss and Russian oligarch Roman Abramovich, it seemed that even the torrential rain and 18 000 lightning strikes across the territory hours before the VIP preview on Wednesday were just part of the city-wide spectacle.

There is much familiar about Art Basel in Hong Kong, which joins the original fair in its namesake home city in Switzerland and a sister event in Miami Beach – not least the sponsors. Trolleys of Ruinart champagne stalk the aisles at the Hong Kong Convention and Exhibition Centre. A BMW "art car" brightly painted by Spanish artist César Manrique is displayed outside one entrance. Absolut ArtBureau, an offshoot of the vodka drink company, has commissioned an "art bar" by Adrian Wong, in which a Cantonese lounge singer performs with an animatronic band of multi-limbed manga-like creatures, evoking a mix of kitsch colonialism and Blade Runner.

Art Basel's purchase of the previous Art HK fair two years ago led some locals to question whether Hong Kong's art scene was becoming a post-colonial venture for importing western art into Asia. With China now the world's second-largest art market after the US, and Asia home to more billionaires than North America, the attraction seems obvious. 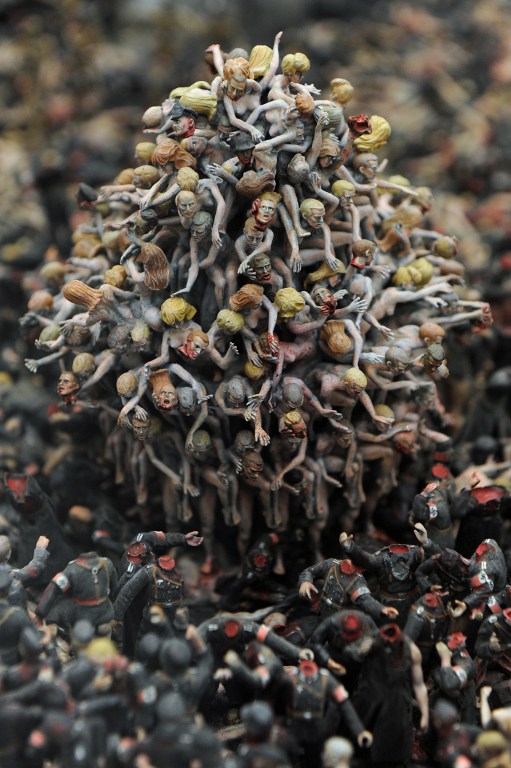 But the wooing of the Chinese collectors and their vast wealth is a long, slow process. Most western galleries have yet to convince the big buyers of mainland China, whose taste for contemporary art remains patriotic, according to market analysts.

Graham Steele, director of White Cube Hong Kong, said: "The barriers are coming down, but not as fast as western dealers would like them to. There isn't the cultural momentum yet. The major Chinese collectors come to Hong Kong for Christie's or Sotheby's auctions of Chinese art."

Big name appeal
US gallery Pace's Beijing branch, which explicitly declares itself an Asian gallery and runs a different programme from the US and UK branches, has found success by becoming a major dealer for Chinese contemporary artists. Its stand at the fair included work by Zhang Xiaogang, whose paintings have fetched multimillion-pound prices at auction.

Several British dealers said that Singapore, Taiwan and the Philippines, which are more familiar with western culture, were their most important markets in Asia. Australians are also major collectors. Ellie Harrison-Read, sales associate at Lisson Gallery, said: "Big names such as Anish Kapoor and Marina Abramovic, people who are familiar, sell well. Brand is very important here."

This seemed to be apparent in big sales of the fair's first day. London's Victoria Miro gallery sold a wall-sized painting by Japanese artist Yayoi Kusama for £1.32-million and White Cube sold a Gary Hume sculpture for £66 243, while 15 sculptures by Japanese artist Takashi Murakami, depicting a cartoon version of the artist and his dog, sold for £89 428 each. 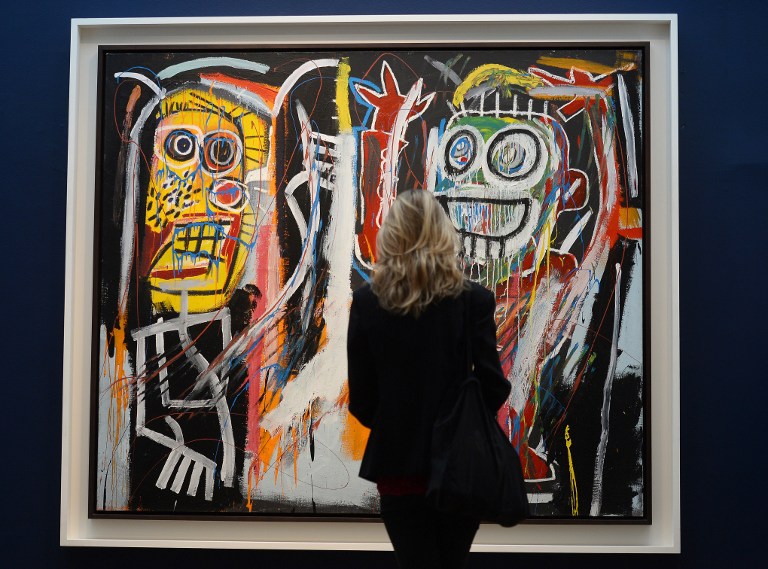 The local art scene, which has long felt overshadowed by the Chinese contemporary art boom, has mixed feelings about the influx of international dealers. Pui Pui To, director of 2P gallery, one of Hong Kong's few art spaces to represent local artists, said: "Now that the blue chip galleries have arrived, it's become much tougher for us to survive."

Spiralling rents have pushed younger galleries further from the city centre. Pui Pui To's gallery, which is showing in Art Basel, is on a backstreet in Sai Ying Pun in the city's western district. "The only brand names round here are McDonald's and KFC," she said.

However, she praised Art Basel in Hong Kong's director, Magnus Renfrew, who founded Art HK for supporting the local art scene through educational programmes and collaboration with non-profit, artist-run projects. Renfrew said that when he first arrived in Hong Kong it was referred to as a "cultural desert" with little audience for contemporary art: "Since the fair opened, the number of visitors has grown from just 19 000 in 2008 to 67 000 last year and the gallery scene is more sophisticated." 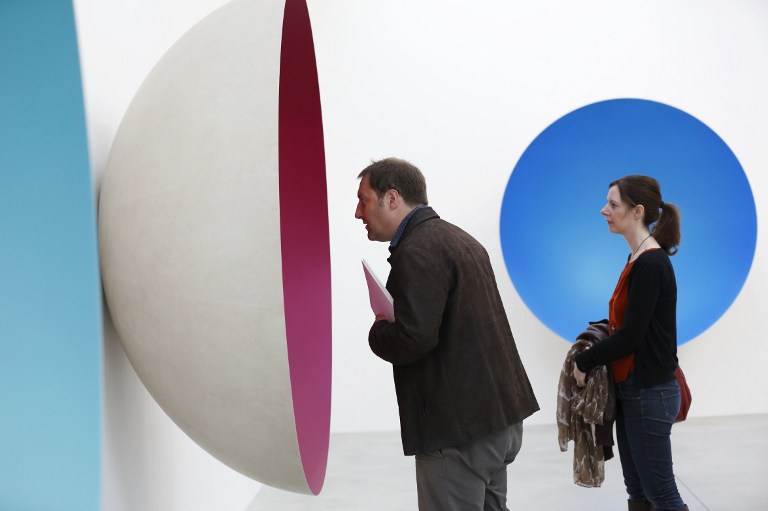 He believes that the current imbalance between the art market, which has long had a big presence in the territory with Christie's and Sotheby's auction houses, will change with the construction of the West Kowloon cultural district, which will include the M+ museum of visual culture, twice the size of Tate Modern, and 16 performing art museums. An outdoor exhibition of inflatable sculptures on the site, M+ mobile, which includes a giant upturned cockroach, a suckling pig you can walk into and British artist Jeremy Deller'scorrect bouncy castle version of Stonehenge, has drawn 130 000 visitors in just three weeks.  "Really for the first time in Hong Kong it has provoked public debate about whether something that looks ugly can be art. Can you jump on art? Can art be fun?"

Harriet Onslow of Pearl Lam Galleries, based in Hong Kong and Shanghai, thinks there will be room for a wider range of galleries as the art scene diversifies. "Collectors are not going to decide against buying one of [the smaller galleries'] artists for HK$5 000 just because I've sold them something for HK$200 000," she said.

However the work of one of the local artists in the Pearl Lam booth suggests that Pui Pui To is not alone in her ambivalance towards the internationalisation of Hong Kong's art scene.

Tsang Kin-wah offers a tongue-in-cheek critique of the art fair system in a text installation in which scathing comments in vinyl lettering spread across the floor like the tentacles of an octopus: 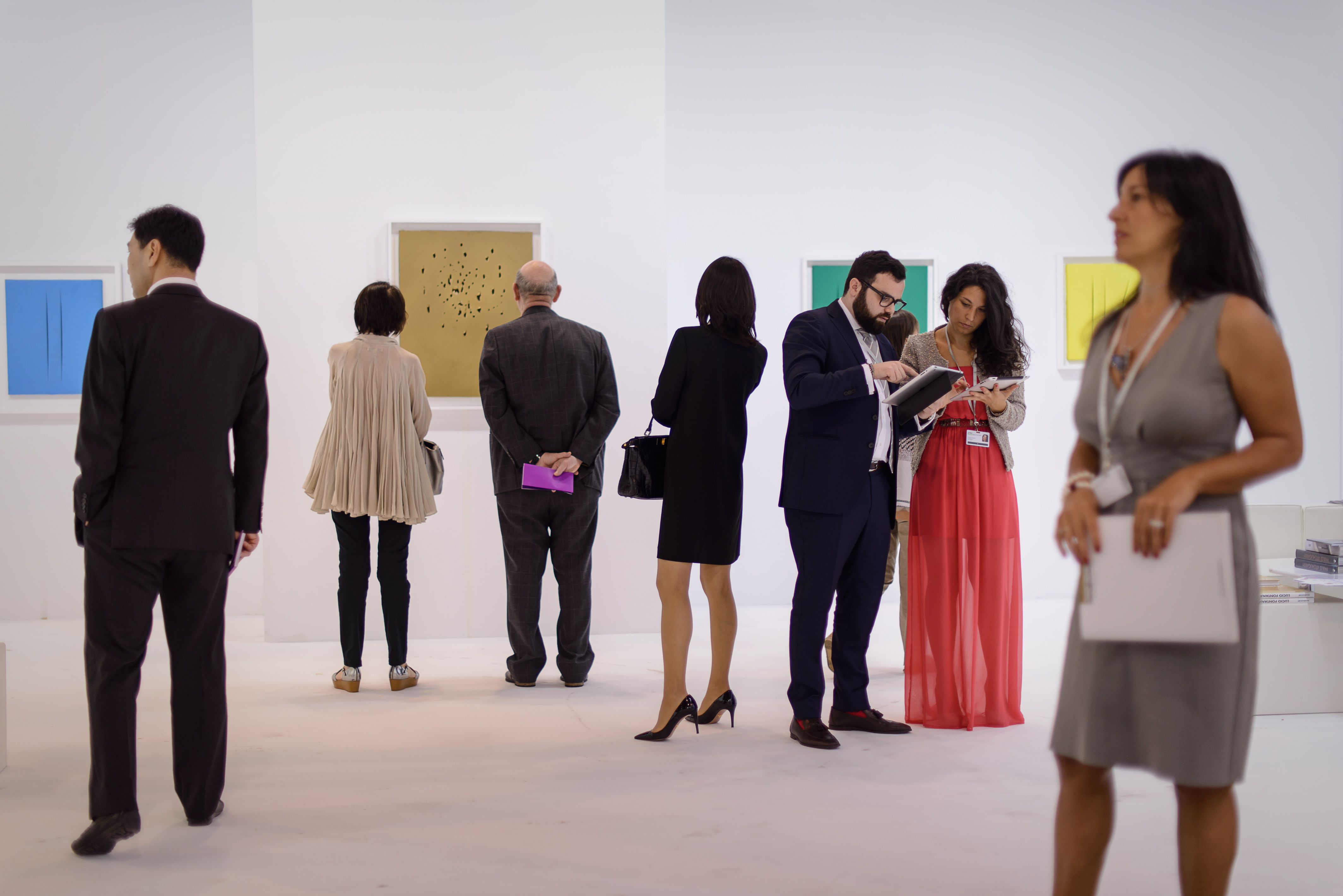 Onslow said: "It's about how fucking awful art fairs are and how it's no longer about the art but the fair. The text is etched on glass because that signifies how the art and the artist is disappearing."

Yet in the Deutsche Bank's exclusive VIP room another work by the artist, best known for painting words in English and Chinese in seemingly floral patterns, offers a more positive if rather cynical take, with the phrase "Making Art, Making Money" discernible in the grey text. It seems unlikely that Tsang Kin-wah at least will be disappearing any time soon. –  © Guardian News and Media 2013