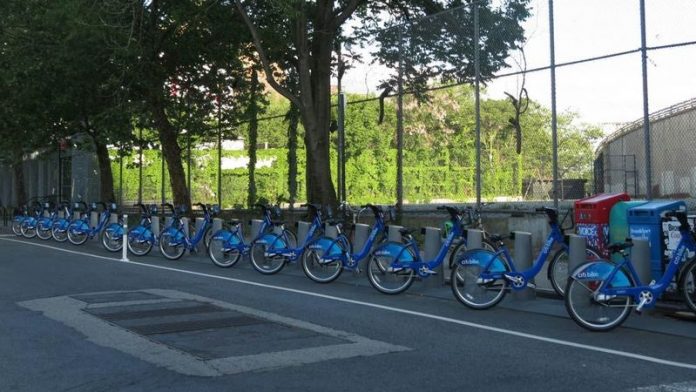 The official opening of an initiative called CitiBike share programme was officially launched in New York on May 27. I suppose it was meant to coincide with Memorial Day. Memorial Day, I have since discovered, is an almost holy day in America, where the men and women who fought in the various wars that the US has been involved in are honoured for their selfless service.

I must admit that I was a bit taken aback by the sheer political rhetoric the day commands. Even politically inclined South African holidays, on which the ANC never fails to remind us just how much it had to sacrifice to attain the freedom that we now enjoy, could learn from Memorial Day.

Almost every part of the country and definitely New York, from what I experienced, was in some kind of celebratory mode. In this regard, there was a noticeable similarity with South Africa – bringing out the grill is clearly a way to make the most of a public holiday here as it is in South Africa where the braai-stand is never too far away.

Across the city different kinds of celebrations were going on. At the Brooklyn Academy of Music, DanceAfrica 2013 was coming to a close and the streets were overflowing with revellers dressed in an African print of some sort or other – admittedly I felt a little out of place just walking by in my simple white shirt and blue chinos and had only my silent Setswana missives to console me.

At the Queens Memorial Day parade, former disgraced congressperson Anthony Wiener (he who under a serious misunderstanding of the use of Twitter posted and sent half-naked pictures of himself to a woman that was not his wife) arrived to push his campaign for the upcoming contest for city mayor.

But let me return to the real topic at hand – CitiBike share programme. The programme is essentially a private initiative meant to contribute to the city's already functional bicycle-use system. Set as the nation's biggest bicycle sharing initiative with an impressive 6 000 bicycles, it is meant to enable users to rent a bicycle from one of the 300 locations where automated bicycle rack stations have been erected. From here, they can cycle to their desired destinations and simply drop off the bike at another station when done.

On the face of it, the system seems to be perfect especially since many people in New York have taken to using bicycles to get around. Having walked the length and breadth of Brooklyn, I can honestly say that I have never seen as many people on bicycles or bicycles chained to street poles as I have here. Maybe it's because such activity is not as widespread in South Africa, despite the fact that cycling is quite a thing. Then again, we have the issue of motorists who believe the road to belong only to them, which leads to a large number of cyclist accidents.

Still, the CitiBike initiative is inspiring if only for the reason that one gets to actually experience the environment – you can stop whenever, wherever you wish, take a break and be back on your way without much logistical worry. The programme has not been without its own hitches. The launch of the roll-out was delayed by super-storm Sandy and the theft of one bicycle in Manhattan.

Critics have not been silent either, as some have said this type of system will only complicate and congest the use of the roads, rubbish collectors won't have a place to park and the streets will be blocked for other motorists.

Perhaps the project is a bit too ambitious in its scope but surely those types of glitches can be tweaked with time. For my own curiosity, however, the pertinent question is whether such a system could work back home? Frankly I am not completely convinced yet.

I know that Cape Town has bicycle lanes but given the reality of its gruelling inclined landscape and thin streets I wouldn't be too inspired. Don't get me wrong, my lack of conviction is not without experience. I probably used my bicycle for no more than five or six occasions. But then again, that's just me.