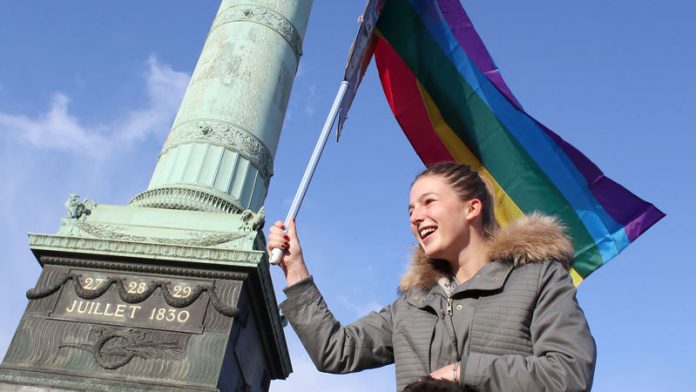 The first gay marriage in France is set to take place on Wednesday in the southern city of Montpellier, amid fears of protest after months of opposition that have seen tens of thousands take to the streets

Officially a secular republic, France is overwhelmingly Catholic, and the issue of gay adoption and marriage – a key campaign pledge of socialist President Francois Hollande – has caused deep divisions.

On Sunday, at least 150 000 demonstrators took to the streets of Paris in a last-ditch protest to denounce the new law which authorises both gay marriage and gay adoptions.

The country's first gay couple to marry will be 40-year-old Vincent Aubin and Bruno Boileau, 30, in Montpellier, known to homosexuals as the "French San Francisco" because of its gay-friendly reputation.

Boileau is keenly aware that the nuptials at Montpellier's town hall will be a media circus with at least two cabinet ministers and 600 people attending, including 130 accredited journalists.

"It could be intimidating," Boileau said. "But we will try to retain the spirit of the goal – equality for all. That Mister or Miss Anybody can get married in the town hall."

Divided opinion
France is the fourteenth country to legalise same-sex marriage, an issue that has also divided opinion in many other nations.

Opposition to the move started as a grassroots campaign which was backed by the influential Roman Catholic church. The right-wing opposition then jumped into the fray and the movement ballooned.

On Sunday, French police made a total of 293 arrests and said six people were injured including four police officers, a photographer and a protester. Interior Minister Manuel Valls blamed the extreme right for the violence.

Supporters and opponents of the bill began protesting last autumn when it was adopted by the cabinet, and continued to do so at regular intervals throughout the country during the legislative process.

The definitive vote in the French parliament came on April 23 when the law was passed legalising both homosexual marriages and adoptions by gay couples.

Montpellier's mayor Helene Mandroux, who symbolically married two homosexuals on February 5 2011, before the legislation was approved, said she did not want a media circus.

"I am not a celebrity type," she said. "I am into values. I have told everyone: this moment should be a moment that is respectful of the event."

The marriage vows have been honed down to a simple: "Do you take this man as your spouse?"

After the ceremony, the newlyweds plan to publicly thank those who battled for homosexuals to have the right to marry. But the local administration has banned festivities outside the venue, fearing protests.

According to a survey published on Sunday in the Journal du Dimanche, nearly three-quarters of French people are tired of the anti-gay marriage protests and think they should stop. – Sapa-AFP