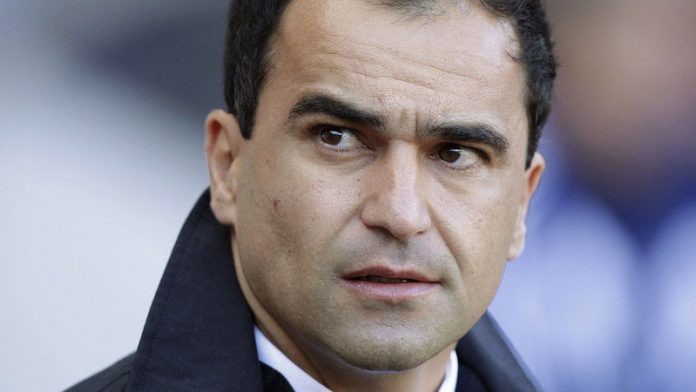 "He wanted permission to move, so I've given that," Whelan told BBC Sport on Tuesday. "He has 12 months left on his contract, so whoever comes in for him must pay the remainder of his contract."

Martínez asked to leave Wigan Athletic having guided the club to FA Cup glory days before being relegated from the Premier League, with Everton and Stoke City already linked with his signature.

The Spaniard had been in charge since 2009, having previously helped turn Swansea City into one of Britain's most attractive sides.

Wigan pulled off a series of relegation escapes under Martínez while winning admirers for their attacking football and he turned down an approach from Aston Villa two years ago.

The underdogs then managed a 1-0 FA Cup final triumph over Manchester City earlier this month to win their first major trophy but were relegated three days later after eight years in the top flight.

'We have to move on'
"He feels he's not the man to lead us into the Premier League. I've got to accept what he feels. He loves Wigan and the fans. We have to move on now and want applications for the job," Whelan said.

Stoke City are another English top flight club without a coach after parting company with Tony Pulis. Much-travelled Mark Hughes has been linked in the media with the Potters.

Former Wigan midfielder Martínez, who made his name as a player in the English lower divisions rather than Spain, could also be a target in his homeland.

Reports say Malaga are set to be without a coach with Manuel Pellegrini heading to managerless Manchester City.

Martínez recruited heavily from Central America during his time at Wigan on a relatively limited budget but was criticised by fans for not shoring up a leaky defence. – AFP, Reuters

The outcome of this season's English Premier League title race will be shaped by a tournament taking place kilometres away in South Africa.
Read more
Sport

Man City captain Vincent Kompany will be fit to lead his side in their Premier League match at Wigan Athletic, first-team coach David Platt has said.
Read more
Sport

Eden Hazard showed why he's regarded one of the brightest young stars in Europe as the Belgian forward inspired Chelsea to a 2-0 victory over Wigan.
Read more
Sport

Blackburn Rovers have been relegated from the Premier League after a 1-0 defeat at home to Wigan Athletic ended their 11-year stay in the top flight.
Read more
Advertising