Press council has ‘no power’ to investigate Sunday Times 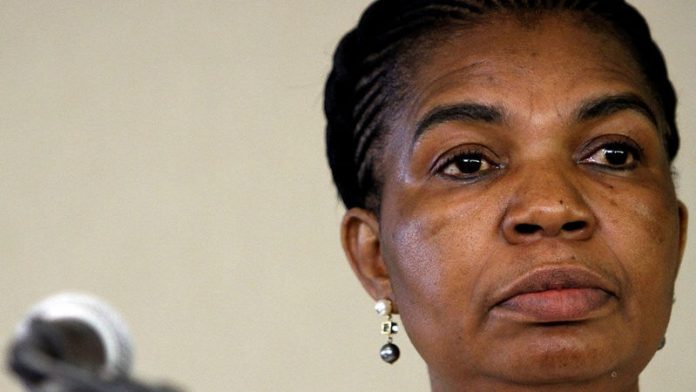 The Press Council of South Africa has told the department of communications that it cannot investigate a complaint of unethical conduct against Sunday Times editor Phylicia Opplet, department spokesperson Wisani Ngobeni said on Monday.

Ngobeni said that the council said it has "no powers" to investigate.

The department was reacting to a report that Oppelt gave the Democratic Alliance (DA) documents about Communications Minister Dina Pule to hand to Parliament's ethics committee, which is conducting an inquiry into the minister.

In a letter to the department, the council wrote that: "Unfortunately we are unable to deal with this complaint as the issue of unethical conduct by the editor is not covered by the press code. This matter can only be dealt with by the publication itself."

Ngobeni said the response raised serious questions about the efficacy of the Press Council of South Africa, under which the press ombudsman falls, in dealing with malpractice in the press.

"This effectively means that all complaints about journalistic malpractice must be referred to the transgressors of the press code of ethics," he said.

Alleged smear campaign
Oppelt told City Press she had felt obliged to hand the report to the DA because the Sunday Times was concerned the committee "might reach a finding based on partial or incomplete evidence".

At the time of the report, Ngobeni said that, as a result, the Sunday Times was "no longer just the messenger", but had "become part of the story". He cautioned that journalists not become "lapdogs for political masters".

In April, Pule held a media conference at which she alleged that the Sunday Times was staging a smear and blackmail campaign against her.

She claimed that business people linked to the newspaper had a vested interest in trying to secure a multi-billion rand set-top-box tender and were willing to do anything to get it.

Set-top-boxes are required for the move from analogue to digital television broadcasting.

Pule detailed several Sunday Times stories written about her which, she claimed, sought to project her as a corrupt minister who could be bribed with a pair of shoes.

In the articles, she was accused of giving tenders to a boyfriend, meddling in tender processes, and interfering in the appointment of officials to the boards of state-owned enterprises. – Sapa

DA admits it cannot cut ANC support to less than 50%