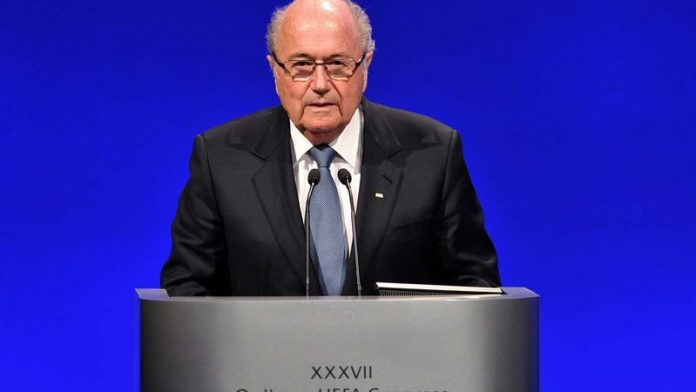 It is also a moment for football's governing body to put two years of scandal behind it.

Fifa president Sepp Blatter will report on the modernising reforms already undertaken last year. The 209 member countries will then vote on more proposed changes at the two-day congress, which opens on Thursday on the tropical Indian Ocean island of Mauritius.

"I look forward to further important decisions being passed at the congress in 2013 to complete the reform process and bring Fifa up to the highest standards of good governance, as befits an organisation such as ours," Blatter wrote in his introduction to the congress agenda.

The president also said in response to criticism that Fifa wasn't taking the reform process seriously or wholeheartedly: "It'd be unfair to say we are not doing well."

In one step already accepted, the congress will elect its first permanent female member of the executive committee from four candidates, while the 77-year-old Blatter could indicate an intention to stand for another four-year term as leader beyond 2015, despite pledging when re-elected in 2011 that this would be his last. The Swiss has been in charge of Fifa since 1998, and could rally the congress to back him to see through the reform process, perhaps gaining the beginnings of momentum in Mauritius to stand again for re-election in two years' time and until 2019, when he will turn 83.

High on the agenda
Other matters on the sidelines of the congress will be the question of sterner punishments for racism in football after the recent re-emergence of the problem in Italy and the game's ongoing battle with match-fixing, both of which are "high on the agenda," Blatter said.

Brazil's preparations for the 2014 World Cup will be examined at both the executive committee meeting and the congress. Setbacks at some of the showpiece stadiums will prompt closer scrutiny, notably the arena in Sao Paolo, which was scheduled to open the tournament in a year's time and may now miss its completion deadline.

Fifa also will make final plans for next month's World Cup warm-up event in Brazil, the Confederations Cup. On Monday, a small part of the roof collapsed at one of the stadiums set to host matches in that event.

Meeting in a country famed for being the home of the extinct Dodo bird, Fifa's sternest critics say the governing body desperately needs to evolve if it isn't to suffer the same fate.

The body has made reforms to its ethics committee and introduced a new code of behavior and vetting procedures since the scandal-ravaged year and congress in 2011. Then, Blatter was re-elected as president after the withdrawal of now disgraced former Asian football boss Mohammed Bin Hammam. There were also vote-rigging accusations surrounding the choosing of Russia and Qatar to host the 2018 and 2022 World Cups respectively.

Some of the proposals to be voted on in Mauritius include age and term limits for Fifa places, including the presidency, while Fifa's new watchdog audit and compliance committee also met on Monday and will report after its first year of work.

Recommendations
While Blatter has talked of Fifa's progress, the powerful body has been criticised, both by the independent reformers it brought in and by external groups like Transparency International for its method of governance. In an interview with the Fifa website Blatter still maintained his organisation was on track and had "achieved a lot already."

"In fact, we are exactly following the road map which was established at the Fifa congress (in) 2011," Blatter said. "Since then, we have been transparent on what was done and we have followed the majority of the recommendations made by the Independent Governance Committee in this two-year process."

While Fifa's 209 national associations will vote on another 10 areas of reform at this congress, Blatter made clear his opposition to one of them, age limits for Fifa positions, saying they could be "seen as discriminatory."

"I've already said I was against the age limit as I believe it is not a relevant criteria, not everyone is the same at 60, 70, 80," Blatter said. "Passion makes the difference."

That opinion hinted at another presidential campaign for the apparently evergreen septuagenarian, who will be closely watched through the week for more certain signs of his ambitions. – Sapa-AP