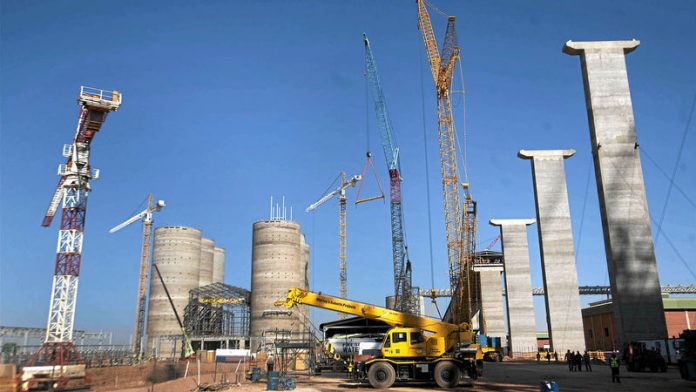 The report, released on Tuesday, gives government a range of options, including absorbing ailing state-owned enterprises into line-function departments, turning them into public-private entities, or "completely disposing of them as state entities".

However, at a press briefing, the deputy chairperson of the presidential review commission Glen Mashini said privatisation was deliberately not mentioned, though the report acknowledged a universal truth that some services were better provided by the private sector.

"We did steer away from that divisive terminology, in terms of whether you privatise or you retain."

He said the committee agreed that in instances where market conditions had rendered a particular entity obsolete, the state "can diversify away from it".

The review, which was three years in the making, spells out the need for an "over-arching, long-term strategy" to enhance the running and the economic and social impact of SOEs.

It makes 31 recommendations, mostly aimed at standardising the way in which parastatals are managed down to the appointment and remuneration of their executives.

Define SOEs
​But in doing so, it says, government must define different categories of SOEs, with some required to return a profit to the state, and others like the SABC, primarily designed to provide a service.

Monitoring and Evaluation Minister Collins Chabane said the state should also develop clear guidelines on its financial support to parastatals, instead of giving bail-outs on an ad hoc basis.

"There are funding challenges in most of the institutions and, apart from a bail-out here and there, there is no common way in which we try to make these things sustainable."

The review found initial estimates that South Africa has 300 state entities were way off the mark – in fact, there are 715.

Mashini said the conclusion was that "by and large there was a sense that there is value for money; however, there is room for improvement".

Chabane made clear that reforming state policy on SOEs would be a slow process, with an inter-ministerial committee making periodic recommendations to Cabinet in coming years.

"It is not something that can be done overnight," he said.

The review committee called for a strategy to make SOEs more efficient to be drafted within two years, and for new SOE legislation to be promulgated by 2020.

The new law should establish a central remuneration authority, and two central SOE authorities. One would govern commercial parastatals and the other, development finance institutions.

The review body was established by President Jacob Zuma in 2010 and its report was adopted by Cabinet last month. – Sapa