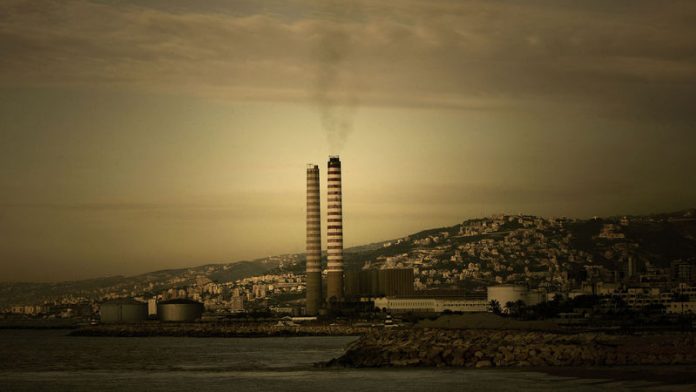 In the wake of Hurricane Sandy, which earlier this year brought floods to the heart of New York, United States President Barack Obama, declared: “I am a firm believer that climate change is real, that it is impacted by human behaviour and, as a consequence, we have an obligation to something about it.”

“To do something about it”! What he and most of the world’s leaders – including our own – have done is to give us a fantasy called “the green economy”, which is at best a wishful illusion and at worst a deceptive myth.

Both versions serve the same need, for unlike the fantasy there is a very real economy, and this economy has caused and now relentlessly accelerates climate change, while at the same time creating the idea of a different, “green” economy to provide the illusion that something is being done.

On May 10 this year, Earth passed an important milestone: the threshold of 400 parts per million (ppm) of atmospheric carbon dioxide. This serves as a good starting point for asking why the green economy is a ­suicidal fantasy. Carbon dioxide is the main greenhouse gas responsible for global warming. The secretary of the United Nation’s Framework Convention on Climate Change said: “The world must wake up and take note of what this means for human security, human welfare and economic development. In the face of clear and present danger, we need a policy response which truly rises to the challenge.”

But similar appeals have an all too long history of being ignored. Timed to coincide with the COP18 climate change conference, at the end of last year, for instance, the World Bank published Turn Down the Heat: Why a 4°C Warmer World Must Be Avoided. In the foreword, the president of the World Bank says: “It is my hope that this report shocks us into action. Even for those of us already committed to fighting climate change, I hope it causes us to work with much more urgency.”

Rio+20 declaration
The appeal was ignored. Climate change gatherings are obliged to issue repetitive “reaffirmations” of ignored commitments. The Rio+20 declaration, for instance, is replete with such reaffirmations. “We reaffirm that climate change is one of the greatest challenges of our time,” …” it says. “We renew our commitment to sustainable development and express our determination to pursue the green economy in the context of sustainable development and poverty eradication.”

The alarm triggered by the 400ppm mark is entirely justified: it makes a nonsense of the 2° temperature threshold that, in 2009, world leaders committed themselves not to exceed. Three years later, even the World Bank waved that threshold goodbye when it published its report showing that a 4° increase was already the secure scientific prediction.

A 2° increase – or even a 4° increase – in CO2 may seem insignificant. We need to remind ourselves what these seemingly small increases mean in terms of global climate. The information is not new. The widely recognised Stern Commission of 2006 spelt it out in considerable and terrifying detail. Global warming threatens all existing life forms.

Our leaders’ response to this catastrophe is the mythical green economy. The Rio+20 Declaration illustrates the fantasy: “We reaffirm our determination to free humanity from hunger and want through the eradication of all forms of poverty and strive for societies which are just, equitable and inclusive.”

A key millennium development goal (MDG) is to reduce extreme poverty by 50%. This is nothing compared with what is expected of the green economy. Reducing extreme poverty by half, as in the MDGs, has now become nothing less than the “eradication” of “all forms of poverty”.

Such magic is imaginable only if the green economy is conceived as being something both entirely new and separate from the – significantly – nameless main economy.

Proposed solution
The magic is further required because it is this nameless economy (capitalism, to give it its name) that is the cause of climate change. The green economy, whether by design or otherwise, serves to deflect attention from the main economy. In doing so the green economy becomes an integral part of the problem rather than a proposed solution.

The car industry illustrates how this is done. Take South Africa, where, notwithstanding our small car-owning population, no fewer than 44 car manufacturers are active. Between them, they provide a staggering 1 180 constantly changing models.

The differences between competing makes and models are marginal, at best. Yet consider how much carbon dioxide released in the research and design of engines to propel the cars that compete to see which can exceed the legal speed limit by the greatest margin. Consider the fossil fuels required to make the ever-bigger engines required to make cars faster and faster, or the global-warming energy that goes into the designing and making of brakes and other components to make safer these cars that are designed to go faster and faster.

Diverting attention from the car industry’s considerable contribution to climate change is … the green economy. Thus we have electric cars and hybrid cars, but what is not said is that these “green” cars reproduce all the far-from-green absurdities of the car industry.

Thus, as the newest “gee-whiz” item, there is a hybrid sports car with a huge engine (six litres and 12 cylinders) designed to break the legal speed limit by more than 2.5 times and burn the rubber required to go from zero to 100km/h in a mindless 4.9 seconds.

Innovative production processes are presented as green because – and only because – they are slightly less carbon-emitting than others, and can therefore be seen as ecologically “responsible”, as a major car company boasts. The magic of the green economy includes sleight of hand, inducing a belief that a slightly smaller carbon footprint means no footprint at all.

Numbers and duration
But the green economy does at least provide jobs, proponents thereof may argue. That is true, but those very jobs conceal the fact that green jobs are implicated in climate change.

Green jobs are different from the climate jobs promoted by the One Million Climate Jobs Campaign. At their most innocent, green jobs have something – anything! – to do with saving energy or improving the environment. And yet, whether they exist, and, if they do, what their numbers and duration might be, are conditional on whether or not profit is maximised.

Climate jobs, by contrast, are not contingent on the vagaries of the market. Climate jobs are public jobs created by public bodies to meet the public good. This is because the public good registers in the market as no more than a business opportunity to be picked up and dropped as determined by the profit-maximisation imperatives of capitalism.

The public good, in this particular case, is simply the maximum and speediest reduction of carbon dioxide and the biggest and quickest increase in jobs, and for both to be done with minimal market involvement.

This is the theory of climate jobs. The political challenge has still to be met. Preventing the longest suicide requires forcing governments to do what climate change demands – which includes doing it now.

Dr Jeff Rudin is a board member of the Alternative Information and Development Centre. This is an edited version of a presentation he made at the Southern African Catholic Bishops’ Conference round­table Navigating towards a Green Economy