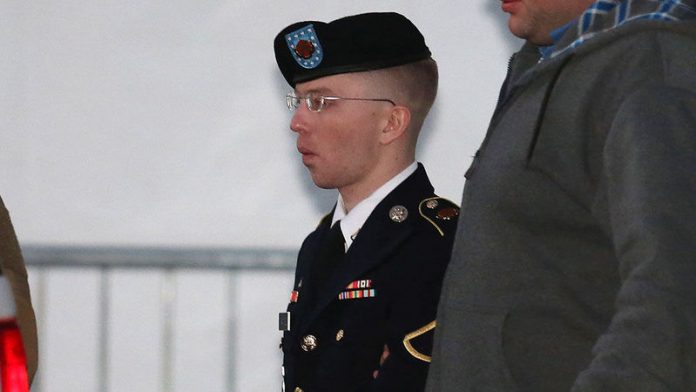 Private First Class Bradley Manning (25), who is charged with providing more than 700 000 documents to WikiLeaks, an anti-secrecy website, goes on trial on Monday.

He said the move was intended to spark renewed debate on US military action. But the government said the leaks damaged national security and endangered American lives. He faces a possible life sentence if convicted.

The military trial at Fort Meade, Maryland, about 50km north-east of Washington, is expected to run until at least late August. Prosecutors have said they expect to call more than 100 witnesses.

Civil liberties groups said the court martial has been shrouded in secrecy and has had a chilling effect on whistleblowers.

Manning faces 21 counts, including the most serious one of aiding the enemy, as well as prosecution under the Espionage Act of 1917.

"It's probably the most dramatic example of the administration's use of the Espionage Act to prosecute leaks of information to the media," said Elizabeth Goitein, co-director of the Brennan Centre for Justice's Liberty and National Security Programme.

"It's quite dramatic, and the government will say that it's proportionate to the crime."

Spark a domestic debate
Manning, an intelligence analyst, was arrested in May 2010 while serving in Iraq. He was charged with downloading intelligence documents, diplomatic cables and combat videos and forwarding them to WikiLeaks, which began releasing the information that year.

Manning testified in February that he had released the files to spark a domestic debate on the military and on foreign policy in general.

"I take full responsibility for my actions," he said at the time. "I felt I accomplished something that would allow me to have a clear conscience."

One of the leaked US military videos showed a 2007 attack by Apache helicopters that killed a dozen people in Baghdad. They included two Reuters news staff, photographer Namir Noor-Eldeen and driver Saeed Chmagh.

The judge in the case, Colonel Denise Lind, said last month she would close parts of the trial to the public to protect classified material. Rather than face a jury, Manning has chosen to have Lind decide his case.

Manning pleaded guilty in court in February to 10 lesser charges that he was the source of the WikiLeaks release. But prosecutors rejected the pleas and are pursuing the original charges.

Aiding the enemy
WikiLeaks founder Julian Assange has taken refuge in the Ecuadorean Embassy in London since June 2012 to avoid extradition to Sweden for alleged sex crimes.

Nathan Fuller, a spokesperson for the Bradley Manning Support Network, called the case a harbinger for US media because the trial means posting government documents on the internet could be construed as aiding the enemy.

"It's already chilled a lot of whistleblowers, a lot of soldiers don't want to talk to the press anymore. A lot of reporters are saying their sources are drying up," he said. – Reuters