The fall of the rand: Zuma’s big idea 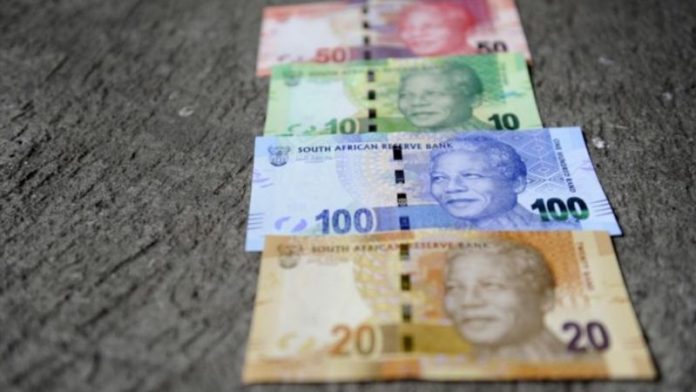 From talking up South Africa to international investors and trying to keep the mining sector calm in the build up, to what will undoubtedly be contentious wage negotiations, President Jacob Zuma and his ministers are softly trying to inspire investor confidence in their public statements and appearances. But will the markets listen to them?

Last week, government announced that the country's gross domestic product (GDP) growth rate for the first quarter of 2013 was a measly 0.9 %. Then the rand plunged to a four-year low of R10 to the dollar. This was immediately followed by the news that the country's current account deficit was wider than expected as imports exceeded exports.

Zuma moved to ease concerns, announcing on Thursday that various plans were in place to mitigate the fall-out, especially in the fractious mining sector, which Zuma pointed to as the heart of the country's economy. The manufacturing sector is contracting, and official unemployment figures released in May indicate further job losses.

The World Bank also lowered its growth forecasts for South Africa for the remainder of 2013.

By Friday, Zuma's words did little to assure investors and the rand remained shaky. He was also heavily criticised for failing to announce concrete interventions in any sectors.

'Somewhat exaggerated' fall
South African Reserve Bank deputy governor Daniel Mminele was among the first to try to ease investor sentiment. He told bankers in Pretoria last week that the rand's fall had been "somewhat exaggerated".

He said the rand's plunge indicated "growing sensitivity to domestic factors such as concerns about the funding of a wider current-account deficit, as well as broader socio-economic issues illustrated by increasingly violent labour conflicts in the mining and other sectors".

Then, in an interview with the Sunday Times, Finance Minister Pravin Gordhan said he believed the rand had been oversold and would recover. He said government wanted to "work collectively" to stabilise the mining sector.

Gordhan also defended Zuma and denied any links between Zuma's press conference and the rand's fall that followed it.

"The weakness of the currency has got nothing to do with the statement made by President Zuma, who was reassuring the public that, as government, we understand the importance of the mining sector," Gordhan said.

Part of Gordhan's role would be to use every opportunity to restore investor confidence, Zuma said. Last Tuesday, treasury announced the promulgation of the Financial Markets Act. The Act was designed to prevent market abuses like insider trading and was due to come into effect this week.

Plan of action
Democratic Alliance parliamentary leader Lindiwe Mazibuko called for a special convening of Parliament to discuss ways to revive the economy.

Assistance from government
Zuma said he had asked Deputy President Kgalema Motlanthe to push for talks with labour and mining companies.

"In this regard, last week, I asked Deputy President Kgalema Motlanthe to lead the interactions with labour and the mining companies, assisted by the ministers of finance, labour and mineral resources.

"A series of interactions have taken place during the past week and these have been fruitful. The parties have appreciated the intervention and assistance from government," he said.

About 4.6-million people were looking for work in the first quarter of 2013.

Meanwhile, Zuma said Mineral Resources Minister Susan Shabangu would "continue with her task of supporting the industry in both policy and operational aspects to promote certainty and stability in the sector".

'Narrow interests noted'
On Tuesday, Shabangu cracked a nod from the gold industry when she called for calm and confidence to be restored in the sector. She was giving her budget vote address in Parliament.

"If there was ever a time for all parties to put aside factional differences and negotiate with the nation's greater good in mind, it is now."

For now, it seems unlikely that interest rates will be cut, meaning respite for consumers is unlikely to come soon.

"Already there has been a rapid depreciation in the rand and foreign investor confidence towards the South African economy has weakened," Kaplan said.