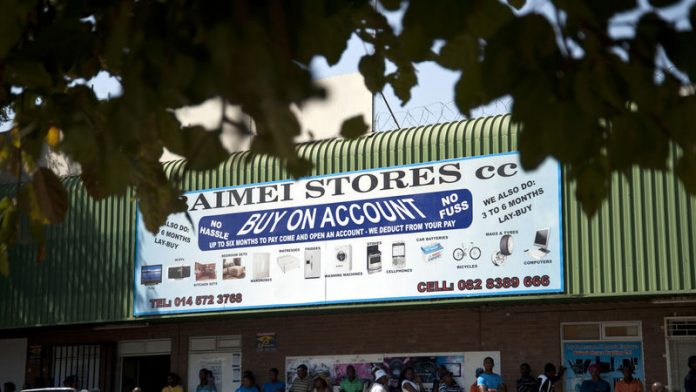 African Bank Investments, which plummeted as much as 50% as bad loans climbed, has the highest percentage of analyst buy ratings of the country’s seven largest banks, according to data compiled by Bloomberg.

With an average 12 month target price of more than R27, 79% of analysts rate African Bank, which traded today as high as R17.30 a share, a buy. That compares with 64% of analysts calling its closest competitor, Capitec Bank Holdings. a buy and 33% recommending Standard Bank Group, Africa’s largest lender.

“It’s the best buy among the banks in terms of the value it could create,” said Harry Botha, a Johannesburg-based analyst at Avior Research with an outperform rating on the shares. “There’s still a bit of uncertainty but at these levels you don’t really need to worry about that. The view is that it’s not going out of business.”

African Bank’s share price plunged as much as 50% this year, pushed lower by declining profit, rising bad debt levels and a proposed R300-million regulatory fine. The Johannesburg-based lender, which targets low-income consumers with loans not backed by assets, cut its dividend 71%  and said on May 20 conditions may worsen in the second half of its fiscal year as higher fuel and power prices make it harder for customers to repay debt.

“While African Bank’s results were disappointing, we think the stock is beginning to price in a distressed scenario that we believe is highly unlikely,” Greg Saffy, bank analyst at RMB Morgan Stanley in Johannesburg, said in a client note. Saffy recommends buying the shares.

Biggest Investor
Public Investment Corporation (PIC), Africa’s largest money manager with more than R1-trillion under management, increased its stake in Africa Bank to more than 15% last month from 14.3% in September. The PIC had to apply to the central bank to increase holdings beyond 15 percent, a limit set by South African law for bank shareholders.

The PIC bought the extra shares and gained central bank approval last month, said Markus Borner, African Bank’s executive responsible for balance-sheet management. While the stake has gone beyond the 15% limit, it doesn’t mean the PIC would be asked to bail out the lender in a default, he said.

Since African Bank said on June 4 that the PIC increased its stake, the lender’s share price has risen as much as 10% in intraday trade. It would have to gain almost 40% on a closing basis to reach the analysts’ price target.“We need to see a better set of results out of the company” before the share price will rerate, Botha said. “We’ve forecast that African Bank has still got a bit to write off in the second half. Next year it can improve quite significantly.” – Bloomberg