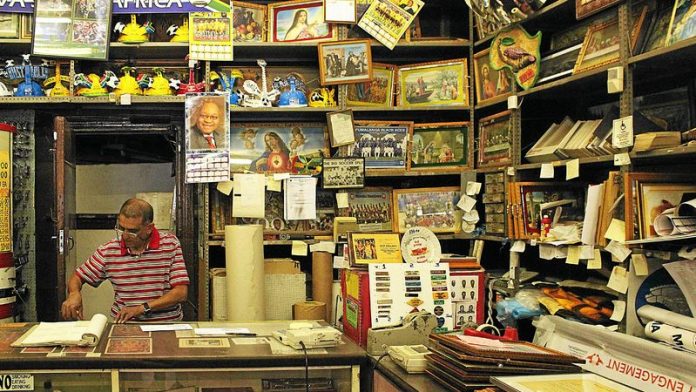 In what many consider Johannesburg’s wild east, the dreams and fears, hopes and histories of five people intersect.

The film was written and directed by Arya Lalloo and Shannon Walsh and shot by the eight collaborating filmmakers on one Friday in March, 2012. It uses the template of the film À St-Henri, le 26 août, a documentary shot in and around a Montreal suburb on one day.

The choice of the protagonists of the film compresses the recent and distant history of the suburb into a small yet expandable kernel. When it expands, the kernel grows and sprouts into themes as varied as migration, gentrification and community.

The film invokes and toys with the cartography of division envisioned by the nation’s founding fathers. In Jeppe, even apartheid’s mapping bureaucrats must have scratched their heads in bewilderment. How to compress into a small locale antagonistic identities: white suburbs (Kensington and Jeppe), two single-sex hostels for black migrant workers, and an Indian merchant class. It’s not just about our divisive past. Into the contours of this intricate map, something else has been inserted. The film tangentially refers to the death of trades as the information economy takes over (there is a brief shot in the movie of the neighbourhood’s only remaining tailor visiting Lalla to collect a souvenir for which he hopes to get a small fortune on eBay).

Then there is the recent memory — fresh and with a bit of pus, as if from the wound of an operation that won’t heal — of the xenophobic violence of 2008. In all of the city of Johannesburg, no area was as plagued as Jeppe by the upheaval. You could say the area is true to its bloody history. At the height of the political violence of the 1990s, Jeppe was known as the murder capital of the world.

In 2008, armed militants roamed in the area, ransacking and looting, as cowed migrants sought sanctuary at the nearby Jeppe Police Station or with friends elsewhere. Indeed, in the film Arouna Nassirou invokes the nightmare days, when he and others were holed up in his flat until the return of calm.

The dominant presence in the movie is the urbane, high-tech gadget-wielding urbanista Maia, who goes around with a “I want to take over the world” strut. He is an essential cog in Propertuity, the company owned by the Liebmann family that is behind the developments in this district dubbed Maboneng — Sesotho for “place of light” (but is that moonlight? sunlight?). The family owns a number of buildings in the area, edifices that have been taken over, redone and spruced up so that the middle classes can have their fun and games.

For a place that is supposedly bathed in light, the contrast with the hostels — literally shrouded in darkness and a seemingly exclusionary ethnic ethic — is astounding.  Main Street is the thoroughfare that divides the “place of light” from its opposite. Let’s call it the “place of darkness”. This dialectic finds full expression in Ndima and Maia.

There is one captivating shot in which, perhaps with a demeanour that the original Randlords would have found familiar, Maia majestically surveys the buildings from a rooftop. He casts his eyes over buildings already taken and new territories to be possessed. Using lines that might have been taken straight from management-speak manuals, he talks about his grand dreams for the area.

Later that night, Zondo sits in the eaves of an edifice in the place of light, deep in thought, perhaps contemplating his bleak existence; at that same moment somewhere in a building at Maboneng, Maia downs some wine.

As if to warn of an impending apocalypse (let’s remember that originally apocalypse meant revelation) and against the unsustainable nature of a gentrification process that excludes indigenes for the titillation of outsiders, a storm breaks out, complete with thunder and lightning.

It reminds me of that line from the Negro spiritual: “God gave Noah the rainbow sign, no more water but fire next time.”

Jeppe on a Friday shows at Encounters in Cape Town at Nu Metro at the V&A Waterfront on June 9 at 8pm and in Johannesburg on June 7 at The Bioscope at 8.45pm