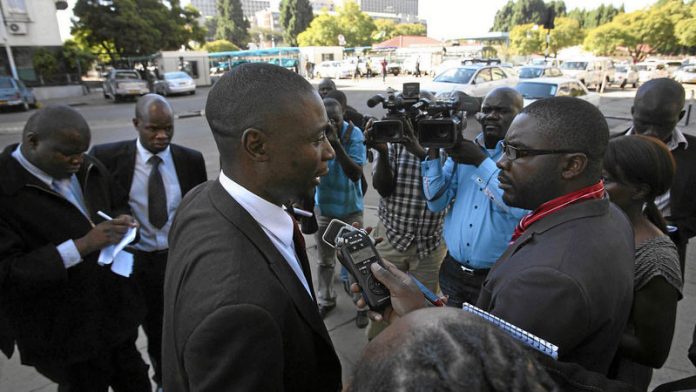 President Robert Mugabe lost a case in court last week, and he is loving it. Just a week earlier, Prime Minister Morgan Tsvangirai had the upper hand after scoring what looked like a rare win on the diplomatic front, having convinced the region to hold a special meeting on Zimbabwe's elections.

But this week, the Movement for Democratic Change (MDC) was yet again scrambling for a response to what, at least on the surface, appears to be yet another display of Mugabe's mastery of the dark arts of politics.

While the MDC was travelling abroad seeking international support to halt Mugabe's campaign for early elections, a court appeal many had ignored was forming part of what looks like a clever play by Mugabe to outflank his rivals.

Jealousy Mawarire, a former journalist who runs an election observer group, won a case he brought against Mugabe in the Constitutional Court, forcing the president to hold elections by July 31.

The ruling draws a very tight deadline, throwing hopes of reform into doubt and leaving the MDC once again on the back foot.

That judgment changes the dynamics for the Southern African Development Community (SADC).

'We are now going to be cleaner people'
The MDC had hoped the group would endorse its plea for a delay on elections to allow crucial reforms, but none of the leaders are likely to want to appear to be going against a court ruling in a member country.

Mugabe's reaction had a barely hidden scornful tone about it; he said he had shredded court orders in the past, but it was now time to obey the rule of law.

"So, the court is fair to make judgment on defaulters and we have been criminals on this one. So, there it is, we are now going to be cleaner people and get exonerated and say let bygones be bygones, the future will see us clean," he said.

Zimbabweans love a good conspiracy, and it was not long before there was a suggestion that Mugabe's hand had been behind Mawarire's application. There may be no proof of that, but Mugabe certainly made sure his legal team played ball, according to some legal observers.

"Unsurprisingly, the president's 'opposing' paper, rather than disputing the applicant's case, wholeheartedly agreed with his argument," says Derek Matyszak, senior researcher at the Research and Advocacy Unit.

Rather than mourn his "loss" in court, "and be remorseful at having been reprimanded by the court for his failure to uphold the Constitution, Mugabe continued the chastisement by ecstatically ­engaging in a bit of purging self-­flagellation" by thanking the courts for looking past violations and at least giving the government some time, said Matyszak.

A big stick
Mugabe is preparing to use the court ruling as a big stick, both against critics at home and against the SADC. Now, anyone who seeks a delay will be accused of going against the rule of law. His own lawyer, Terrence Hussein, who headed Mugabe's legal team in the court case, appeared to suggest as much this week.

"The highest court has made a determination. The only way to overturn that decision is by having an Act of Parliament nullifying that decision. No other authority, even SADC, can do anything about it."

The MDC was clearly shocked by the ruling, initially releasing a statement criticising the court for having "overstepped its mandate", before calming down and saying reforms could still be rushed through.

"We will use this judgment to justify our push for reforms. All we want is SADC to help Zimbabwe abide by its Constitution," party spokesperson Douglas Mwonzora said.

Zanu-PF appears less prepared for elections than the MDC, But if the way the party celebrated the court ruling is anything to go by, it is obviously on to something.