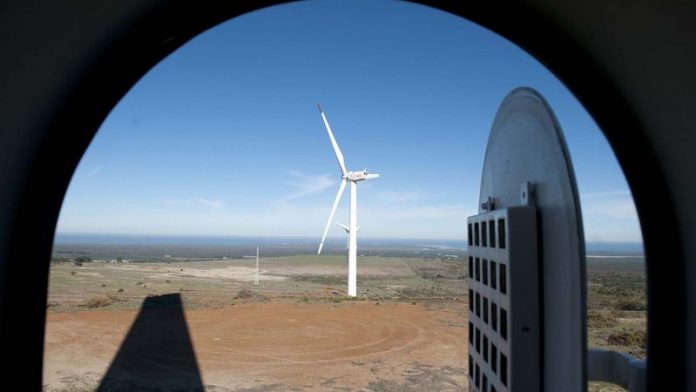 Much has been made about green industry being a new vehicle for industrial development in South Africa. It is part of the industrial policy action plan. For now the focus is mainly on increasing the local content of components, which fall under the renewable energy independent producers procurement programme.

The programme emerged from the integrated development plan that maps out South Africa's energy future to 2030. Eskom's need to procure renewable energy arises from South Africa's international commitment to reduce greenhouse gas emissions by 34% by 2020.

The procurement programme involves competitive bidding over a feed-in tariff. If a power producer is selected, it can sell renewable electricity to the grid under 20-year power purchase agreements signed with Eskom but guaranteed by the government.

In general terms, electricity generated from wind, solar, hydro and other renewable sources is sold at a premium, above that of electricity generated from coal-fired power plants. As we have seen, this premium is rapidly decreasing in relation to the two main renewable technologies, onshore wind turbines and photovoltaic (PV) solar plants, and looks set to disappear. Both onshore wind and the solar PV have the holy grail of grid parity well within their sights.

Still, to the extent that a renewable power producer does not have any demand risk — Eskom is obliged to purchase everything it produces — there is a subsidy. And the existence of a subsidy of any type pushes governments to look at building a local industry that provides other benefits. The procurement programme places considerable emphasis on local content to ensure that the economy benefits from the construction of renewable energy facilities. All project developers must comply with the local content requirements.

The tender document requesting proposals defines local content in terms of the total costs of the project at the commercial operation date that will be spent on South Africans and South African products. These costs specifically exclude finance charges, land and mobilisation fees.

Local content requirement
For onshore wind, there was a 25% local content requirement in the first two rounds of bidding but the third round will see this go up to 45%. At this level, local content moves from mere provision of support structures to actual blade and turbine contributions. For solar PV, the first two bidding rounds of the programme started out at 35% but this is due to be raised to 60% in the third bidding round. To reach future local procurement levels, new local manufacturing capacity will need to be built.

The capital expenditure associated with constructing local manufacturing plants in both wind and solar PV gear is significant and currently there is a bloodbath in the renewables manufacturing sector.

When renewable energy equipment manufacturers around the world are either going bankrupt or severely cutting back, we need to think very carefully about our localisation policies. We risk investing in manufacturing facilities that will be underutilised or loss-making.

But there is another looming challenge: almost every country that has its own renewable energy programme based on a feed-in tariff has developed more or less the same type of policies on local procurement.

In December, a panel established by the World Trade Organisation's (WTO) dispute settlement body ruled against Ontario's feed-in tariff local content rules. It required developers to source at least 60% of their equipment for solar PV projects locally, and at least 25% for wind projects.

Trade dispute
It said that, by treating domestic and imported renewable energy equipment and components differently, Ontario's local content requirements breached Canada's obligations under the Gatt and the international Agreement on Trade-Related Investment Measures. China has already said that it will use this ruling to challenge similar local content rules of European Union member states.

In the United States, there is a serious trade dispute with China. The original American complaint was that Chinese solar panel manufacturers were being subsidised and dumping panels on to the American market. These panels, the US complained, have been acquired by American renewable power plants that are subsidised by the American government.

In response, the US imposed several anti-dumping and countervailing duties on the Chinese goods. The EU has now also joined the fray and China is taking its first steps towards retaliatory measures.

As we have seen from the drawn-out Walmart/Massmart merger, in which the department of trade and industry sought to impose local procurement conditions on the deal, South Africa also has obligations to the WTO and will be bound by a final WTO decision on the matter.

Leaving that aside, if South Africa is to establish local manufacturing capacity, we will have to decide exactly which part of the renewables value chain should enjoy priority.

On the face of it, building manufacturing capacity in wind power does not look attractive. It is a mature industry with massive global manufacturing over-capacity. Wind has a known theoretical upper limit, according to the Betz law. It describes the maximum energy that can be harvested from wind. Future improvements in the field will be slow and incremental, at best.

Solar PV
Solar PV is different: although accounting for about 0.25% of the global electricity supply, its share is growing more quickly than any other power source. Solar PV installations grew 86% in 2011. This trend is set to continue.

It is the analogue of the semiconductor industry's rule about transistors, Moore's law, which observes that the size of transistors and also their cost halves every 18 months.

Promoters of solar PV point to Swanson's law. Swanson's law is the observation that the cost of the photovoltaic cells needed to generate solar power falls by 20% with each doubling of global manufacturing capacity.

To some extent, South Africa has seen Swanson's law in action. The first-round bidding for solar PV in the procurement programme at the end of 2011 saw an average tariff of about R2.75 a kilowatt hour (kWh); the second round, less than six months later, produced an average tariff of R1.65/kWh, a fall of more than 40%. Granted, round-two bidding was more competitive, but Swanson's law played a big part in this decline.

The local content increases mandated by the procurement programme followed a study by the department, the South African Photovoltaic Industry Association and the World Wildlife Fund, which have now commissioned a PV localisation study.

The trouble is that competition in solar PV panels made from crystalline silicon is brutal, but there is another risk — unlike in wind turbines, there have been several major technological advances in solar energy that could seriously disrupt the current industry. At present, most PV solar panel production has already moved to China because of cheap and relatively skilled labour. But profit margins are razor thin or even nonexistent.

Chinese-built components
So, although governments are concerned that Chinese-built components are being used by developers enjoying local feed-in tariff subsidies, a better view might be that the Chinese government is subsidising the world in getting more solar PV stations for the available money. China has contributed massively to Swanson's law but derives no benefit from it.

But the larger problem, say proponents of green industry industrialisation, is that China's approach will mean that it will reap all the green jobs of the future.

This is probably incorrect. The future of solar energy does not lie with existing technologies — it will come from the nascent field of nanotechnology.

Certainly, PV panels manufactured from crystalline silicon will continue to get cheaper, in line with Swanson's law. But precisely structured materials developed in well-funded nanotech laboratories are able to split sunlight into different colours and direct them to solar cells with semiconductors that are matched perfectly to each colour.

In this way, the energy contained in each slice of the spectrum is converted to electricity, rather than to heat, as is the case with current PV panels, so much more of the solar spectrum is absorbed. Efficiency jumps from about 15% to 40%. Full commercialisation is some way off but the manufacturing tools needed to make these nanostructured materials are already starting to emerge.

Another approach, also using nanotechnology, has seen researchers creating quantum dot solar cells. Films of these quantum dot cells can be created quickly and at low cost, similar to paint or ink. The real genius of this is not their converting efficiency of about 7% but the fact that, once in production, it could be so cheap that huge areas could be covered with it. Efficiency is not the point — cost per watt is.

The South African government might be in a good place to make heavy demands on renewable energy developers right now, who are likely to do what they can to increase local procurement.

But, although the government might succeed in developing local manufacturing capacity, we should be very careful about what we want. There is no point in building up capacity in a plethora of low-margin, sunset industries.

Dirk de Vos is a consultant in renewable energy and telecommunications