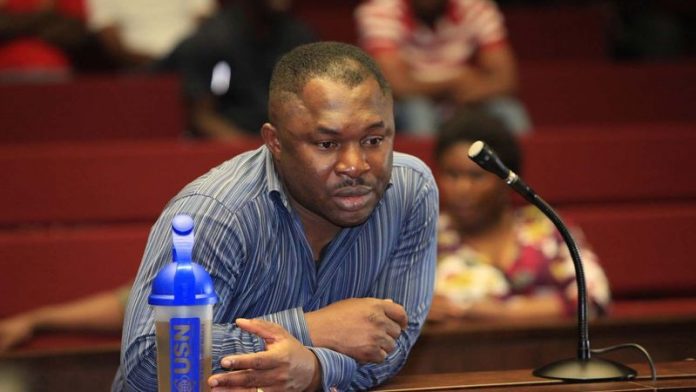 The initial sentence of 12 years, handed down by the KwaZulu-Natal High Court in May, will now have to be reinstated.

Nabolisa and his co-accused, Sheryl Cwele, were tried and convicted in May 2011 in the KwaZulu-Natal High Court, Pietermaritzburg, for dealing in drugs with a street value of about R2-million.

After being convicted and sentenced each to 12 years of imprisonment, Nabolisa and Cwele appealed to the Supreme Court of Appeal in December 2011. Cwele appealed her conviction only, while Nabolisa challenged both the conviction and the sentence handed down to him.

According to a statement issued by the Constitutional Court on June 12, the state did not seek leave to cross-appeal against the sentence, instead it requested an increase in sentence.

" … In its written submissions, the state asked for an increase in sentence from 12 years to 15 years imprisonment," the statement read.

The court "found in the state’s favour and increased the sentence to 20 years imprisonment".

Nabolisa’s complaint against the increased sentence was that the state failed to comply with section 316B of the Criminal Procedure Act. This advises the state to provide the leave for appeal against a ciminal case tried in a high court.

Nabolisa contended that the procedure followed in the appeal court violated his constitutional right to a fair hearing on appeal.