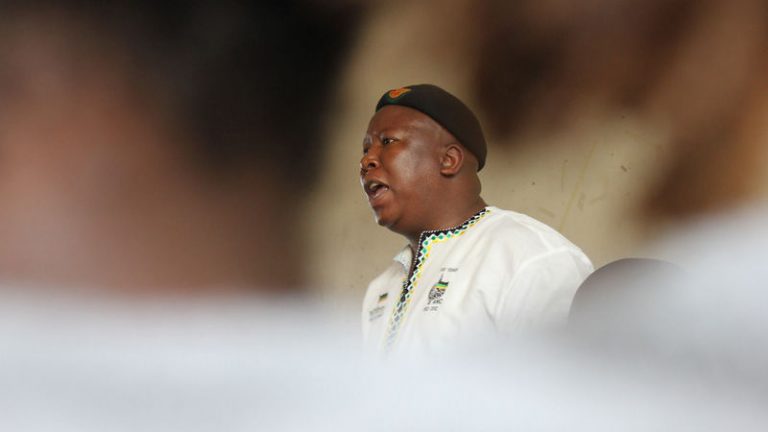 Malema accused the ANC of purging those members who did not support Zuma for a second term as party president ahead of the elective conference in Mangaung last year, even if they changed their tune after the outcome.

"The ANC expelled me and everybody who remained in the ANC, who continued to say 'we support you President Zuma' but we also support the economic freedom struggle, their heads were chopped.

"What type of organisation are we building? Where are those that disagree, their heads are chopped."

"People are afraid of one individual, people are more loyal to one individual than institutions … We can't allow this dictatorship to continue and we keep quiet," he said.

Malema, who was expelled from the party last year, said the ANC had conspired to get rid of him because it feared him.

"I knew what was going to happen to me. And I knew because I've worked with them, I know their tactics and I know how they operate … They were scared of me as an individual and decided to gang [up] against me."

New party platform
On Tuesday, Malema sent out an email announcing he needs money to start a new political platform.

It detailed 15 reasons why the ANC, the Congress of South African Trade Unions, the South African Communist Party, and ANC Youth League, in his opinion, could not provide the answer to the country's problems.

He said he was trying to find money for his new political venture, the Economic Freedom Fighters (EFF), and urged those interested in his venture to contact him via email or social networks. He also asked for proposals on how to collect money.

Malema said the ANC's integrity and credibility would gradually decrease, and independent trade unions, like the Association of Mineworkers and Construction Union (Amcu) could become bigger and stronger. The poor would lose interest in politics, the middle class would continue to drift away from the ANC, and South Africa would degenerate into a kleptocracy, he said.

The EFF wanted the emphasis to shift from "reconciliation" to "justice".

In an interview with SAfm on Tuesday evening, Malema said he was waiting for a response from his supporters on what needed to be done.

The firebrand said he would not shy away and was not scared.

"The struggle is not only conducted in the ANC."