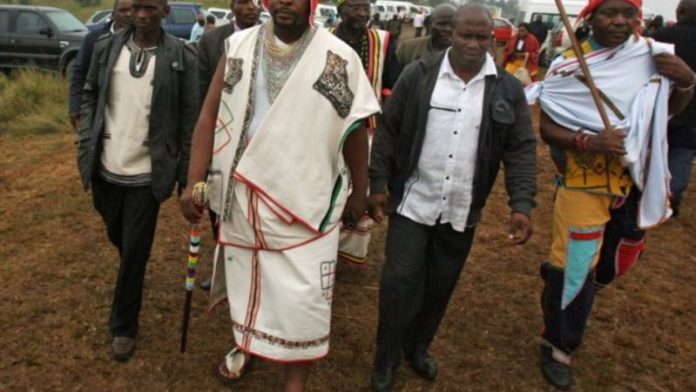 The decision, which made Zanozuko Tyelovuyo Sigcau the king of AmaMpondo AseQawukeni, was gazetted in November 2010, at the recommendation of the Commission on Traditional Leadership Disputes and Claims.

The challenge against the lower courts' findings was brought by Justice Mpondombini Sigcau, who claimed the kingship should be his.

He succeeded his father Botha Sigcau as paramount chief of the AmaMpondo AseQawukeni in 1978 under legislation applicable at the time.

The Traditional Leadership and Governance Framework Act enables the commission to recommend whether paramountcies under the pre-Constitutional legislation be recognised as kingships or queenships.

Justice Mpondombini Sigcau brought his challenge based on an amendment to the legislation.

He contended that Zuma should have made his decision on the kingship under the unamended act, which would have required him to consult the then existing royal family before deciding whether to recognise the new king.

He also argued that the commission had erred in its approach to the recommendation.

However, Zuma, the commission and Zanozuko Tyelovuyo Sigcau submitted that dealing with the matter under the unamended act would have made no practical difference.

The Constitutional Court found that, in reaching his decision, Zuma had "purported to exercise powers not conferred on him by the provisions of the old act".

It ordered him to pay costs. – Sapa