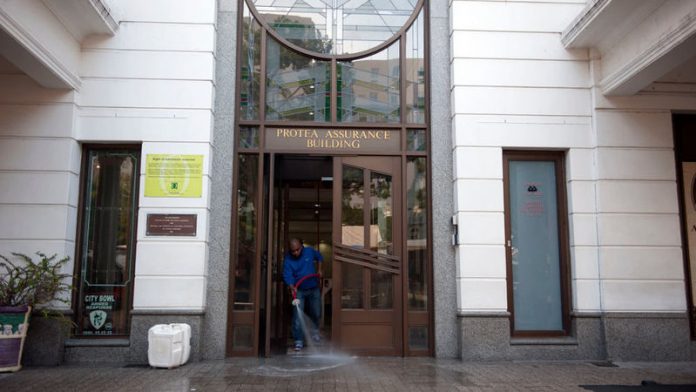 While the league does not approve of the method used in the protest against poor sanitation in Cape Town informal settlements, it said it understands the frustration of those who were involved in the protest.

Another youth league task team member Braam Hanekom said that while the league was clear from the onset it doesn’t agree with the method used, it however needed to be noted that the protestors’ actions led to the sanitation issue, particularly in Kosovo, being on the national agenda.

“While we don’t like the method used and we had condemned it, we are not naïve about the fact that what they did was no small achievement,” said Hanekom.

Mzobe said no member of the league will be taken through a disciplinary process by the national task team because of their role in the matter.

“We have engaged them and are confident that they won’t be doing that thing again. We don’t think disciplining them will resolve the problem, we think that people who should be disciplined are the authorities that are responsible for the cleaning or non-cleaning of the toilets not our members.

Mzobe said the task team met with the arrested leaders of the protest and other community leaders in informal settlements and told them to stop dumping human waste in government buildings and find other ways of raising their problems with regard to poor service delivery.

“We went to see the arrested leaders yesterday [Wednesday] and we impressed upon them that the ANC Youth League supports their call for proper sanitation and supports their effort to expose the inability and unwillingness of the DA leadership to resolve the problems.

“We then met the community leaders that were not arrested and impressed upon them that it’s high time they changed their method of protest from that of faeces throwing to a proper but fruitful and assisting method that would not lead them to be arrested,” said Mzobe.

He said after seeing the toilets in the affected areas, the league’s national task team understands what the protestors have been crying about.

Mzobe said the league wants Minister of Human Settlements Tokyo Sexwale to intervene and has begun talks with him to come down and resolve the matter.

“We appreciate that the action by these community members is not so much that they love chaos that they would travel such a long distance with faeces to throw here, but it’s because of such a desperate and dire situation they find themselves in and no human being would act rationally under those difficult conditions.

“They have committed themselves that they take our advice and that they would avoid doing that.”

No cleaning
Mzobe said focus shouldn’t be on these affected community members but the council should answer why the toilets had not been cleaned for over three to four months.

He said the communities had written letters to the council, picketed to submit memoranda, raised the issue though public representatives and had run out of other methods because they did not have the money for court.

“There is no intention to make any part of the country ungovernable, but there is every intention to win back the Western Cape and Cape Town and that we will not hide.

ANC national executive council member Mcebisi Skwatsha, who is also part of the task team, said the dumping of human waste protest reminded him of the “necklace method” which people used in the 1980s.

“It reminds me of the time when we were fighting apartheid and people employed the necklace method. Comrade OR Tambo was asked in 1986 whether the ANC supports this, he said no, we don’t but we understand why people have reached this situation.”