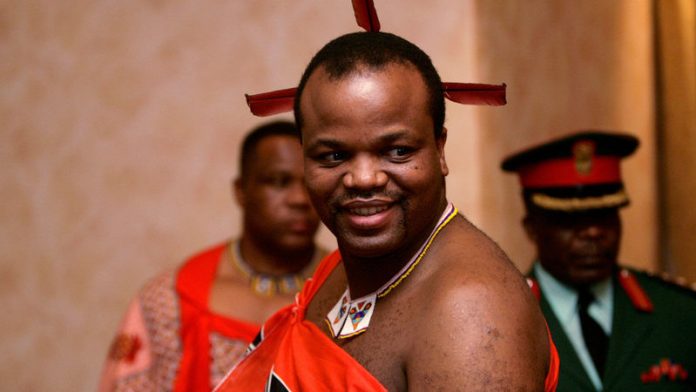 Had the Mail & Guardian's news editor Charles Leonard told me in SiSwati, my mother tongue, that he wanted me to write about my language, we would have had a serious toing and froing before I understood what he really wanted me to do.

He would have had to be very particular about whether he wanted me to write a story in SiSwati or to write about the language – to tell a story about the origins, nuances and fate of SiSwati. Leonard might also have meant I should use SiSwati to write … as one would use a vuvuzela to cheer one's team on in a stadium.

That's the conundrum associated with my mother tongue. "Ye Musa awu­bhale ngesiSwati," Leonard would have said, and the three million or so SiSwati-speaking people in South Africa would have been thrown in the mini-maze I have described.

In honour of Youth Day the M&G has published a series of takes on all our official languages. Read the rest here.

"One word can mean different things," says Bongiwe Zwane, a Swazi journalist. "Dropping or raising your voice an octave or two can change the word's meaning completely. For example, the word emabele could mean either sorghum or breasts. Sibangani could mean 'we are friends', or 'what are we fighting over?'"

That's the uniqueness of SiSwati, which has very close relations to isiZulu but is softer to the ear – the Italian of Africa, some Gautenger  friends are wont to say when taking pot shots at me, and particularly when bestowing beer-filled endearments on the fairer sex.

My language is always associated with romance. Although this might prove useful for amorous pursuits, it can prove a major undoing should brawn be required. An enraged Swazi man has to dig deep into behavioural signals, including ferocious body language and facial expressions, to emphasise his displeasure. That's why many folks who migrate adopt isiZulu.

Paradoxically, although Swaziland is seen by some as the last bastion of African culture and heritage, it is only recently that SiSwati started making headway on the international arts radar.

Growing up, we were made to believe it was impossible to sing well in our mother tongue. But that myth has been dispelled by the international success of artists like Swazi folk singer Bholoja Ngubane. Why, even Miriam Makeba, Sibongile Khumalo and Thembi Mtshali have sampled the Swazi folk song, Seng'ndzindza Umhome Wekubalekela (I'm short of a cave in which to hide).

‘Minebeng’dzakiwe’  (I was plastered), a Swazi folklore song about a woman in a polygamous setting whose overwhelming desire for the exclusive attention of the husband drove her to lock out her love rival, became the anthem of the Mzansi club-scene and received massive airplay.

Setswana’s always close to my heart

Sesotho’s the funniest of them all

It’s up to us to re-needle the isiXhosa haystack

It’s time to share my beautiful language with others

Xitsonga: How can a marginalised language thrive?