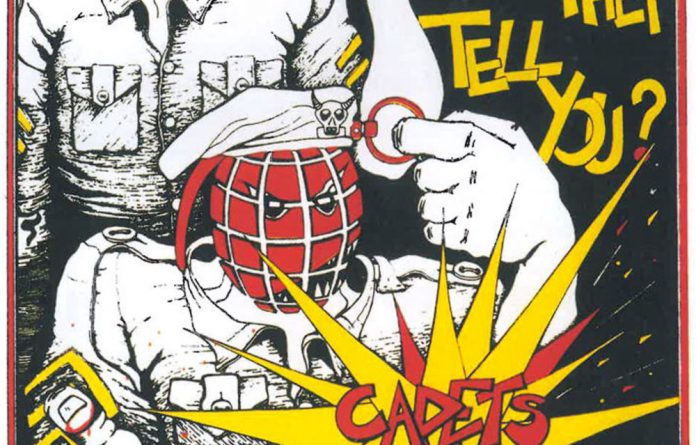 So, the campaign is one that certainly deserves book-length attention. Unfortunately, this is not the book.

The problem starts with its cover. Two-thirds of it features a soldier blindfolded in orange, white and blue, with the title in large letters: Stop the Call-Up.

In fact, this is an ECC poster and the real title appears in smaller type at the bottom, providing a hint of problems to come — an uneven blend of the academic-sounding "Masculinities, militarisation and the End Conscription Campaign" and the activist-sounding "War resistance in apartheid South Africa".

This mismatch is a feature of a book that emerged from a Loughborough University PhD thesis. Several chapters start with "This chapter will …" and what follows is sometimes an impenetrable maze of academic jargon (a problem exacerbated by the writer's habit of citing his sources in brackets within the text, rather than in endnotes).

One example: "Conscripts and objectors were therefore not unitary actors, adopting homogenous subjectivities, but actors who drew from multiple gendered discourses present at multiple levels …" This style is inconsistent — now and then he uses a less turgid, first-person voice, and the book comes with 11 illustrations.

Conway is fine (but unoriginal) on the subject of militarisation, but struggles to understand the campaign against it. Much of his focus is on the objectors and he has little to say about the ECC's programmes, or the problems it faced when banned under the State of Emergency, or its decision to "unban" itself, or the detention of more than 100 of its activists.

He insists that after 1987, when the ECC became more conscript-oriented, "it significantly restricted the performance of objection". In fact, that was when objection took off.

He briefly mentions the joint stand of 23 objectors in 1987 and 143 in 1988, but ignores the 771 objectors in 1989 and the national register of objectors, which took the number past the 1 000 mark, making conscription nearly impossible to enforce (soon after, the government reduced it from two years to one).

Some of Conway's research is shoddy. One example I couldn't resist involves a quote about the ECC's diversity, which he attributes to "ECC activist David Evans". In fact, it was written by me, in the Mail & Guardian (also not acknowledged).

Part of the problem is that he managed to interview only 10 ECC members, none of them national or regional organisers.

Perhaps, as a result, he conflates observations at branch level with national trends. He says, for example, that Helen Zille was "vice chair of the ECC". In fact she held this post only within the Cape Town branch — one of 13.

Conway informs readers that "more than 50%" of the membership was female. But how does he know this? My own impression is that there were more men than women, but it's a guess because there were no membership lists.

He quotes Mike Rautenbach, a Cape Town branch member, as saying there were "entire weekend discussions about sexism within the organisation" and he adds that the feminist critique of the ECC became stronger after 1987, when the ECC fell in line with United Democratic Front/ANC imperatives to focus more squarely on the white community. After this, women in the ECC "found themselves increasingly ­marginalised".

As far as I know, there were no weekends devoted to discussing sexism in other ECC branches, and the shift towards attracting more conscripts, which was certainly not an ANC/UDF intervention, was widely supported without any gender divide.

Incidentally, he managed to speak to only one female ECC member and does not appear to have broached this subject with her.

Later, he quotes Rautenbach as saying there was "a lot of incestuous behaviour … particularly in the heterosexual (sic) — they all fucked each other".

From this single source, he concludes that the ECC "created an environment where contestations of gendered identity could take place within the organisation itself and organisational practices could be critiqued and changed to challenge patriarchal and exclusionary practices".

Clearly a writer in need of an editor. Which is a pity, because if you get past the jargon, there is some interesting material, for example, on the place of sport within the army, the ambiguous attitude of the military to gay men, and on the experiences of individual conscientious objectors. But you have to work too hard to find it.

Gavin Evans was a founder member and publicity secretary of the ECC and currently lectures at Birkbeck College, University of London