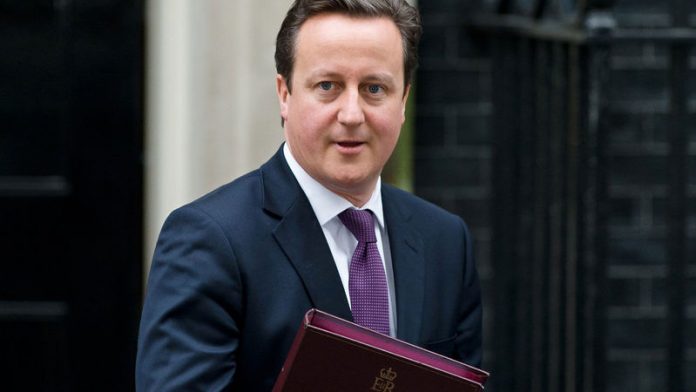 Cameron said leaders gathering Monday for the summit should reach speedy agreement on trade and tax reforms, and draw inspiration from the host country's ability to resolve its own stubborn conflict.

Speaking hours ahead of the summit's official opening at a lakeside golf resort, Cameron said he expects formal agreement to launch negotiations on a European-American free trade agreement. He said a pact to slash tariffs on exports would boost employment and growth on both sides of the Atlantic.

"This will be a summit that will drive growth and prosperity all over the world," Cameron declared as he arrived at the summit venue ahead of leaders from the United States, Canada, Russia, Germany, France, Italy and Japan as well as the 27-nation European Union.

Referring to Northern Ireland's ability to leave behind a four-decade conflict that claimed 3 700 lives, he said leaders of the group of eight wealthy nations should be inspired by the setting – the lush lakelands of County Fermanagh – to deliver their own economic breakthrough.

"Ten or 20 years ago, a G8 in Fermanagh would have been unimaginable. But today Northern Ireland is a very different place … a symbol of hope to the world," Cameron said.

The US leader was scheduled to speak inside Belfast's Waterfront Hall, a glass-fronted building that would never have been built during the city's long era of car bombs that ended with a 1997 Irish Republican Army cease-fire.

But with IRA splinter groups still active today, Northern Ireland's police appear to be leaving little to chance in ensuring security around the Lough Erne resort west of Enniskillen.

More than 3 500 officers from Britain have been imported to double the security detail, and British Army engineers have helped to erect a daunting perimeter of steel fences and coiled razor wire for kilometres around the resort's lone road entrance.

Air space over much of Northern Ireland is being restricted to summit traffic for the duration of the summit, which concludes on Tuesday. Meanwhile, the water around the resort's peninsula has been similarly closed to civilians, with police patrolling by boat, although the public is still free to fish from shore.

And Northern Ireland's riot-savvy police have been deployed in armoured vehicles and flame-retardant suits. They're keeping massive mobile water-cannon vehicles in reserve, lest hard-left protesters make any serious bid to breach the security fence.

However, the police commander of G8 security Assistant Chief Constable Alistair Finlay, said he expects peace to reign when socialist and anti-globalisation protesters march on Monday night from central Enniskillen to the fence.

Manage crowds
Finlay said while officers had trained to manage crowds of more than 10 000 protesters, this was unlikely to materialise on Monday, with just 2 000 expected and few anti-G8 activists travelling from continental Europe for the occasion.

As the protesters march, G8 leaders are due to hold a working dinner where foreign policy issues – especially the increasingly opposed positions of the United States and Russia over Syria's civil war – will be on the menu.

Obama was expected to hold a bilateral meeting with Russia's President Vladimir Putin before that dinner. Obama last week announced that the United States would begin arming rebel groups trying to oust the Russian-backed government of Bashar al-Assad.

Cameron said he also hoped to achieve agreement that no G8 member should pay ransoms to secure the release of hostages in North Africa, where western and Asian workers are top targets for kidnappers. – Sapa-AP