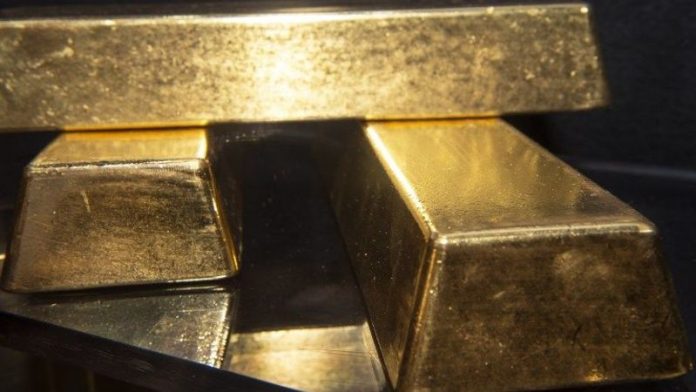 Gold fell for a fourth day to the lowest level in a month as the Federal Reserve Chairman Ben Bernanke said asset purchases may be reduced later this year as the United States economy recovers. Silver sank to a one-month low.

Spot gold decreased as much as 0.9% to $1 339.55 an ounce, the cheapest since May 20, and traded at $1 343.55 early afternoon in Singapore. A decline on Thursday would be the longest losing run in a month. Holdings in the SPDR Gold Trust, the biggest bullion-backed exchange-traded product, dropped below 1 000 metric tons yesterday for the first time in four years.

Gold slumped 20% this year amid speculation the Fed will pare its quantitative easing that helped the metal cap a 12-year bull run last year. Bernanke said the central bank, which currently buys $85-billion of Treasury and mortgage debt each month, may begin reducing purchases this year and end the program in 2014 should the economy continue to improve. The Federal Open Market Committee raised growth forecasts for 2014.

“Regardless of whether you believe the Fed is going to reduce quantitative easing, right now the market’s just going that way,” Justin Smirk, senior economist at Westpac Banking Corporation. “It’s pretty hard for gold to step back in this environment with the Fed talking about how it’s going to manage quantitative easing going forward. The market is shifting towards being negative on gold and this is part of an ongoing bearish story."

Gold entered a bear market in April, sliding to a two-year low of $1 321.95, as some investors lost faith in the metal as a store of value amid low inflation and a global equity rally. SPDR assets have slumped 351.3 tons this year to 999.56 tons on Wednesday, the lowest since February 2009, wiping about $30-billion from the fund’s value. The MSCI All-Country World Index of equities has climbed 6.3%and the Dollar Index, a measure against six major currencies, has advanced 2.3%.