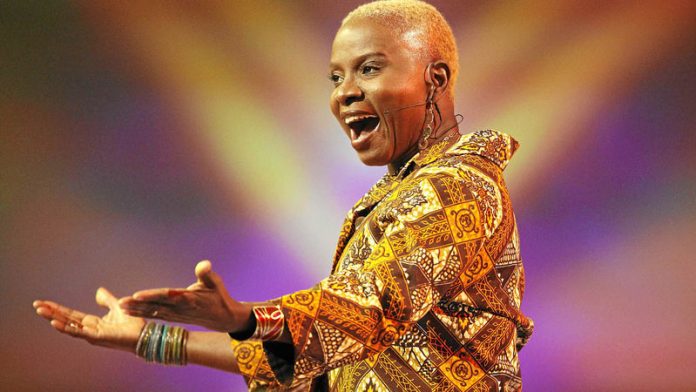 African philanthropy is about solidarity, not handouts from obscenely rich elitists, Graça Machel recently told an assembly of the African Grantmakers Network in Johannesburg.

She addressed about 300 participants and speakers from around the world who came together to discuss "Growing African Philanthropy".

"There are differences in ideological paradigms of philanthropy between the West and Africa," said the Mozambican humanitarian and wife of ailing former president Nelson Mandela.

"In Africa, a cause is identified, ideas generated and then the scope of activities is defined. At the end comes the question about where money to fund these activities will be found. It is the reverse in developed countries, where people first acquire money and then identify a cause."

Machel said that African philanthropy is about understanding the issues facing the communities to be served.

Unlike western philanthropy, the African version is not associated with giving handouts to the poor; instead it is about everyone finding the will to give or contribute to the needy.

Giving Grants
"Be particularly wary of the idea that African philanthropy is only about giving grants. Instead, consider 'working and walking with Africans' by cultivating humility that seeks to understand and prioritise the needs of the communities, so that [we] can adequately elevate these experiences to national and international levels."

Benin-born singer Angelique Kidjo uses her celebrity status to propel her philanthropic causes by donating a song that buys a tetanus vaccine each time it is downloaded.

"A few years ago people in South Africa and the rest of the continent thought philanthropy was just an elitist colonial concept, but it has taken hold as it is something that happens all over the world — and Africa is no exception," said Shelagh Gastrow, executive director of Inyathelo.

Her organisation stages annual philanthropy awards that bear testimony to the numbers and variety of Africans involved in philanthropy.

Nigeria and South Africa, perhaps because of the size of their economies, are increasingly seen as the hub of Africa's philanthropy.

Its mission is "to identify and groom African business leaders and entrepreneurs to achieve the foundation's central objective of enhancing the competitiveness and growth of Africa's private sector".

Serah Makka, who leads the foundation's policy and advocacy engagement strategy, observed that "corporate philanthropy is becoming more prevalent in Nigeria as organisations are being called upon to take responsibility for the ways their operations impact societies and the natural environment".

In South Africa, mining magnate Patrice Motsepe announced earlier this year that his family would give away half the money generated by their assets to the country's poor.

Philanthropy thrives in stable democracies and while there have been setbacks, there is progress in Africa with multi-party rule firmly established in all but four countries — Eritrea, Swaziland, Libya and Somalia.

After the military dictatorship in Brazil, for instance, there was a mushrooming of about 350 000 registered non-governmental organisations.

Towards self-reliance
Recent economic growth and social policies in the country have led to a reduction in the Brazilian unemployment rate by 6% and promoted 50% of the population to middle-class status.

In recent years external support to Brazil has decreased as the country advances towards self-reliance.

Local philanthropic contributions are now worth $20-billion and have contributed to a reduction in poverty, including through increased support to civil society organisations and their work.

In South Africa, it is estimated that about R1.2-billion was given towards philanthropic activities. This could be attributed, at least in part, to tax incentives awarded to philanthropic organisations, according to research presented at the African Grantmakers Network biennial assembly.

However, there is a need for more reliable data on philanthropy in Africa in general and South Africa in particular.

The Charities Aid Foundation in Southern Africa has already embarked on research and is raising funds to conduct a national study on individual giving and volunteerism, with a specific focus on employee contributions.

"In order to provide a current and reliable basis for national policy and planning, it is imperative that we have new studies to quantify and understand South African giving behaviours."

"In South Africa we unfortunately do not have regular measuring of the scale and value of employee community involvement. "According to Statistics South Africa, the country has 13-million employed people. This is a significant, largely untapped and definitely overlooked collective resource for development."

The research, yet to be made public, indicates that the money could be used for social upliftment of the poor and disadvantaged in Africa.

"There are many wealthy South Africans who are already doing philanthropy and it is a rapidly growing practice," says Gabriel.

"It would be wonderful for many more to recognise that the extreme levels of inequality and the depths of poverty that we have are scandalous and unsustainable — and to do something voluntarily to change that situation, like giving more of their riches to social and economic development initiatives.

"But it's not just the super-rich who do philanthropy. There are many ordinary people who struggle to make ends meet for their own families but still give generously to help others. That's philanthropy too."

According to Gabriel, philanthropy has in many ways become an aspirational practice and is motivated by a morally compelling case, religious convictions, or even the need to ensure political acceptability and other forms of credibility.

Boosting personal brand
"There are many people who get involved in social giving to boost their personal or company brand, or because they want to live a more meaningful life, or because they are compelled to do something. Many newly rich people in Africa do feel a strong social responsibility to give back to the communities from which they came," he says.

"Across the board there does seem to be a recognition that, with the levels of deprivation and injustice we see in our world today, our common humanity demands a giving response from those who have more."

Shelagh Gastrow, head of the annual Inyathelo Philantrophy Awards, says giving is not new in Africa: "Charity has always been part of religious teaching and it goes back thousands of years."

She cites the example of the endowment in 1264 of Merton College at Oxford University in the UK by Walter de Merton.

"The college was to be a new type of educational establishment: independent of church and state, fully endowed, self-governing and self-perpetuating.  This forward-looking philanthropist made a major systemic impact on tertiary education, history, science, intellectual thought and academic freedom for centuries to come," says Gastrow.

South Africa is fortunate to have many people who have been willing to make financial contributions beyond their taxes, she says.

Caution
"We estimate that funds given back to society through structured philanthropic activity is in the region of at least two to R3-billion a year.

"Organisations involved in almost every facet of South African life have benefited, such as those in health, education, environment, sport, music, the arts, culture, youth development, community development and welfare," Gastrow says.

However, Christa Kuljian, an independent development consultant who was commissioned by the Global Equity Initiative at Harvard University to research comparative global philanthropy, cautions that while philanthropy is an important aspect of democracy it is not sufficient on its own to ensure a democratic and equitable society.

Societies do not rely merely on generous individuals and companies that give back a percentage of their profits to community needs, she writes.

"Democratic societies need democratic governance and just and accessible institutions – both public and private — that build a more equitable society.

"In South Africa poverty and unemployment, as well as other forms of inequity, could continue as a reality for generations to come, especially given the pace at which these issues are being addressed. Those who benefit from South Africa's strong economy need to move more quickly to implement strategies that address South Africa's poverty.

"It is the role of the government to align incentives and guide big business in that direction.

"Government must promote redistributive justice that includes attention to assets such as land reform as well as income transfer such as pensions, child support grants, and a basic income grant," says Kuljian.