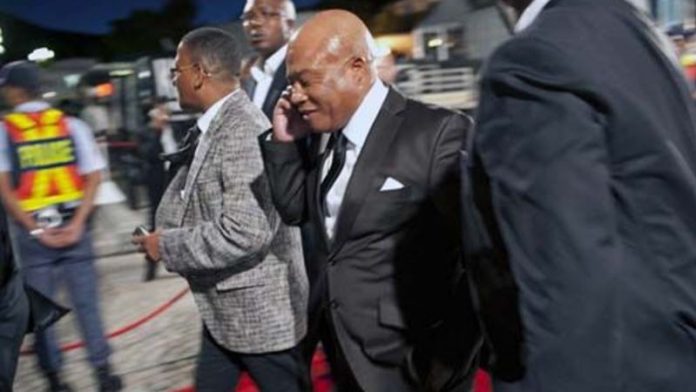 The Arms Procurement Commission was met with a wall of suspicion from German authorities during its visits last year to foreign agencies involved in investigations into allegations of corruption involving South Africa's multibillion-rand arms deal, the Mail & Guardian can reveal.

While the commission claims to be trying to obtain some crucial documents from German investigators that allegedly implicate Tony Yengeni, a member of the government's defence review committee, it has described its interactions with them as being "of a sensitive nature".

Last week the M&G published a story outlining how the German investigation had allegedly implicated ANC stalwart Yengeni in the signing of a R6-million bribe agreement with an arms bidder.

German detectives allegedly found a copy of the agreement when they raided ThyssenKrupp, the engineering conglomerate that led the consortium that sold four patrol corvettes to South Africa for R6.9-billion. Yengeni declined to confirm or deny the allegation.

This week, the commission declined to say if it had started a formal mutual legal assistance process with the German authorities as it was asked to do, or if those like Yengeni who have been implicated in its investigations could find themselves off the hook.

The M&G was told by several sources close to events that the commission was sent home empty-handed during its trip to see the prosecutorial team in Munich in Germany. Instead, the commission was told to go through official channels to try to restart the mutual legal assistance process.

And the fact that the South African authorities had rebutted Germany's earlier efforts at mutual legal assistance had apparently made for a less than helpful meeting.

The mutual legal assistance document sent to South Africa in 2007 was a formal request from the German authorities for the government's help in following leads.

The investigation was led by state prosecutors in Düsseldorf into the sale of the four naval corvettes to South Africa.

At the time, the German investigators claimed to be unravelling a trail of bribery related to South Africa's controversial 1999 arms deal and named prominent ANC figures and their associates as being under investigation for bribery.

On both trips to Europe last year, the team consisted of commission chairperson Judge Willie Seriti, advocate Fanyane Moses Mdumbe and Kate Painting, a legal researcher who has refused to speak to the press after she abruptly quit her job earlier this year.

The commission's team also visited the United Kingdom's Serious Fraud Office in London, authorities in Lichtenstein and Sweden, and was apparently told by all parties to start mutual legal assistance processes to obtain information on investigations that might affect South Africa.

Sensitive interactions
However, the commission is keeping silent on whether it has started the mutual legal assistance processes with Germany.

"Regarding the evidence allegedly in the possession of the German authorities, we repeat that the commission is presently involved in sensitive interactions with them in an attempt to secure such evidence," said William Baloyi, spokesperson for the commission, this week. "And we will not go into any details, nor are we prepared to comment on the discussions that Judge Seriti and his team had with the people they met in Germany and Sweden."

Meanwhile, the commission is accused of being in a shambles after key arms deal whistle-blowers were informed that they were no longer appearing on their scheduled dates at the public hearings in August. Many of them have collected boxes of evidence and some have held meetings with foreign agencies that investigated links to allegations of corruption in the South African arms deal.

The M&G has been reliably informed that many government officials and other witnesses who could appear shortly in the new line-up have still not been subpoenaed to appear before it.

"A schedule of the witnesses to be called in the first phase of the hearings starting on August 5 2013 is being finalised and will be released in due course," said Baloyi.

Expert witnesses like Richard Young, whose company CCII Systems lost a tender for the navy's new corvettes, remain hopeful it could be best to change the line-up for the hearings.

However, he has his own nagging suspicion that it could be an attempt to try not to have evidence implicating ANC leaders heard before the 2014 general election.

Whistle-blowers
"The downside is that it is going to extend the duration of the hearings and the wait for an outcome," said Young.

"It could be the right way to do things. Whistle-blowers can't be scene setters. The functionaries must set the scene and then the whistle-blowers must respond or rebut as appropriate, and then lastly, the commission should deal with those implicated.

Young said he was told not to expect to appear at the public hearing until the first quarter of next year, although the commission was originally due to wrap up in November this year.

The uncertainty around the public hearings will further embarrass the commission, which has been beset by scandals regarding dubious appointments and allegations that it could be a whitewash.

At the end of February this year, the commission announced that its hearings due to start on March 4 would be delayed by six months because of the mountain of evidence before it.

When its former senior investigator, Mokgale Moabi, resigned in January this year, he claimed that Seriti had a "second agenda".

Sources close to events said that since Moabi's departure, the atmosphere at the commission had become "oppressive". They claimed that many at the commission sat around with no work as all the evidence gathered on the arms deal continued to be tightly controlled by Seriti and Mdumbe.

President Jacob Zuma, who has also been implicated in the arms deal scandal, was forced to appoint a commission of inquiry after legal action by arms-deal activist Terry Crawford-Browne. Crawford-Browne said he had also been informed he would no longer be among the first witnesses to appear at the public hearings.

"My first objection was that, with the exception of [arms consultant] Fana Hlongwane, the whistle-blowers, commentators and parliamentarians were called," said Crawford-Browne. "Why not subpoena Alec Erwin and Trevor Manuel, who got the government into the deal in the first place and ask them to explain what pressures were brought to bear on them by European governments?"