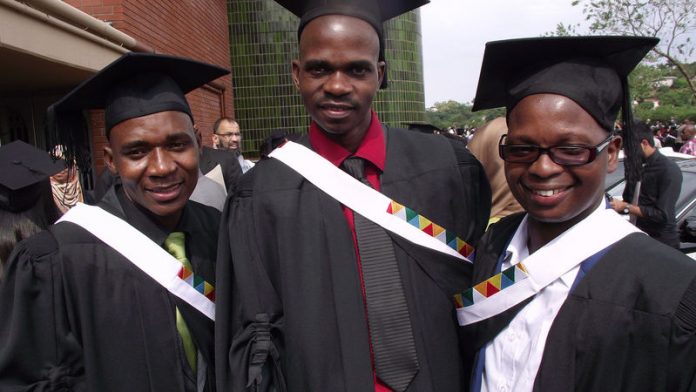 The Umthombo Youth Development Foundation identifies, trains and supports rural youth to become qualified healthcare professionals to address the human resource shortages in hospitals in the region. In 2011 it won the Mail & Guardian Investing in Life Award as recognition for its work.

Established in 1998 in KwaZulu-Natal to address the chronic shortage of qualified healthcare workers at the Mosvold provincial hospital, Umthombo was later expanded to include four other hospitals in the Umkhanyakude district in KwaZulu-Natal.

Rural hospitals find it difficult to recruit and retain health care professionals for a number of reasons, including rural hospitals not being seen as attractive work places by city dwellers and city-trained graduates. There is also an overall shortage of trained healthcare workers in the public sector.

"All our funders commented on us winning the award. Not only was it great recognition for the work we had done, but it also assisted us when we approached funders for additional funds. It would have been easy for them to say that they have already done enough, but this award proved to be a great motivator for continuing their investment," says MacGregor.

At the time, the judges were unanimous in their selection of Umthombo as the winner in the category, praising the project's youth focus, its local content, sustainability and mentorship, and saying it should be replicated in other parts of the country.

MacGregor believes other awards do not necessarily identify excellence, while this one has really shifted through the clutter.

"When we saw who we were competing against, we realised that the quality and stature of these awards were of a very high level. Any one of those short-listed could have won."

The success of Umthombo can be attributed to its close relationship with the rural communities it serves. Its launch was eased when the community linked to Mosvold hospital donated R15 000 towards its first year of operation.

"We work in partnership with rural hospitals, which share our vision and commit time and resources, such as holding hospital open days for school learners. These hospitals allow our students to do holiday work. Graduates come from the community and they give feedback to the community on the progress of the programme," says MacGregor.

"Organisations need to look closely at themselves and identify areas that they need to strengthen," he says. "The process of applying and re-applying for the awards will also allow them to focus on their contributions to the sector and what they could be doing differently. But, as I have mentioned, organisations that are short-listed for the awards are all incredibly good and the winners are really difficult to pick."

MacGregor says even for organisations like Umthombo that have already won, there is a constant process of re-evaluation to see where things can be tweaked and improved to create a bigger impact in the community.