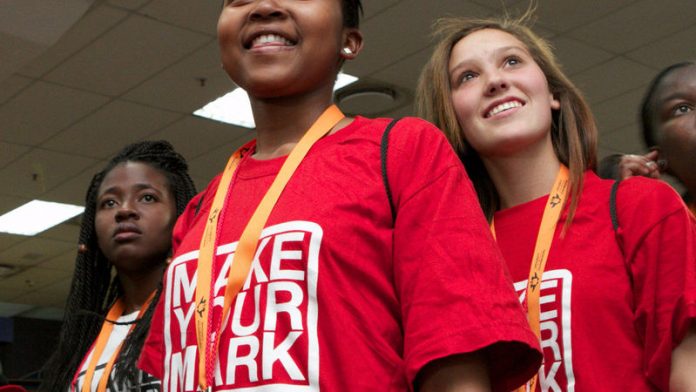 Sectors. Stakeholders. Monitoring. Outreach. Yawn! Development jargon can be tiresome. The industry ends up trying to do more of the same as before even though the world has changed a lot.

It's time to refresh.

So who are the development game changers in our part of the world today, and how are they re-inventing the field?

The awards honour those — whether in business, government and civil society or on their own — who are starting to see the world afresh and are doing things differently and for the better.

It points with excitement to citizens in any sector who are eroding tired and old stereotypes, bridging entrenched divides, casting aside internalised mind-scripts and crafting new ways of doing things with unlikely others.

They transform the systems that keep people in poverty because that's what we need to do to make real progress. The awards enable these development übermenschen in our midst to lead the field in reinvented ways.

But such bold action cannot happen without support, and that support must come from us – not someone else in a far away land.

In the past, we looked abroad for money and markets to make progress in Africa. We depended on goodwill and patronage from the rich world to pay for the work that we need to do to break away from injustice and suffering.

Yet, as the EU's current aid package to South Africa comes to an end, a heated debate is raging between the EU Commission and decision-makers in Europe's capitals about continued aid to South Africa, an upper-middle income emerging economy.

International development funding is now far more narrowly targeted and tightly controlled and is harder to come by. So who will pay the costs now?

Europe and North America have their own social and economic strains that preoccupy them.

But their ongoing troubles coincide with good levels of sustained business success and wealth creation in Africa. Along with extreme inequalities and exclusions, this has also propelled the emergence of an African middle class and a growing pool of super-rich African men and women.

As citizens — in government, business and civil society alike — we need to take responsibility for the costs of our own work to address the social and economic fault lines that hold us back. By doing that we will also take greater control of our own destiny.

We must urgently work to build the field of domestic social investment. Real progress on that front will signal a very important shift in our collective consciousness.

It will mark a turn towards collective responsibility for our own advancement by supporting bold efforts to clear the social, economic and political obstacles that hold us back. That makes it everyone's work, no matter which sector we come from.

However, a recent report by the African Grantmakers Network shows that only $1-billion given by high-net-worth individuals can be tracked.

Of the Forbes list of 40 richest Africans, only 22 had identifiable social investment initiatives linked directly to them or their families, with only a handful involved in strategic forms of contributions that address the systemic roots of poverty and suffering.

The point is that if we are going to support game-changing action, we must also be smarter at how we give. All the new data and analysis points to the need for African social investment to be more strategic.

There should be far more collaboration and big thinking by social investors, especially within corporates. Established civil society groups that are thinking afresh and acting anew have a wealth of knowledge, deep networks and highly developed expertise that must be supported — by government, businesses and the public.

The new and old big players should think afresh about how they can be game changing in their social investments — rather than giving only sporadic support to disconnected groups of people in need. We need übermenschen in development all round.

The Drivers of Change awards honours individuals, governments, businesses and organisations from across Southern Africa who make a real impact on poverty in the region.

They showcase innovative practices that change policies, build social trust and create the best environments to improve the material conditions of people living in poverty.

The Investing in the Future Awards, celebrating their 25th anniversary in 2013, was created to raise public, government and business awareness about social investment activities and to publicise the often unsung contributions made by corporate South Africa to the future of the country and its citizens. Entries for the 2013 awards can be made in the following categories:

Investing in the Future & Drivers of Change: Civil Society Award For non-profit and civil society organisations who go beyond the conventional in anti-poverty and development work.

Investing in the Future & Drivers of Change: Business Award
For projects that best demonstrate how a company has contributed to the advancement of society. Awarded to innovative companies whose core business strategies improve the lives of people living in poverty.

Drivers of Change: Individual Award
For individuals from any sector who have played a significant role in developing innovative, inclusive approaches to anti-poverty and development work which resulted in the improvement of the lives of the people in the communities they serve.

Drivers of Change: Government Award
For government or inter-governmental agencies, programmes or initiatives that create new possibilities and develop new models for policy engagement in the national and regional spheres.

Investing in the Future: Sports Development Award
For programmes and projects that use sport in an innovative way to advance developmental change in the lives of the people of South Africa.

Investing in Life Award
For companies or organisations with innovative, integrated primary health care and wellness programmes aimed at enhancing and strengthening the health care system.

Investing in the Future: Education Award
For projects that demonstrate a company or organisation's commitment to addressing the educational challenges facing South Africa, including outreach/ engagement in basic and higher education.

Investing in the Future: Best Corporate Employee Community Involvement Programme Award
For companies that actively encourage and support their employees in playing a role in their communities as part of their broader commitment to community upliftment and development.

Entries close on July 27 2013. Winners and finalists will be honoured at the prestigious annual banquet on October 31, as well as in special reports published by the Mail & Guardian on November 1. For further details and entry forms go to investing.mg.co.za/ and www.southernafricatrust.org, or contact Tamarin Marshman at [email protected] or (011) 250-7300

Neville Gabriel is the executive director of the Southern Africa Trust. He is also the chairperson of the board of the Open Society Initiative for Southern Africa and a member of the Africa Policy Advisory Board of Bono's ONE campaign

Charity goes beyond the money