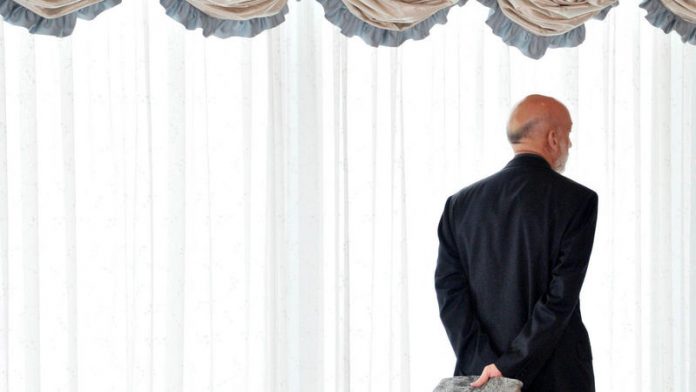 Afghan President Hamid Karzai has suspended talks on a long-term security deal to keep troops from the United States in his country after Nato leaves next year, accusing Washington of duplicity in its efforts to start peace talks with the Taliban.

The announcement came the day after the Taliban opened a "political office" in Qatar, saying they wanted to seek a peaceful solution to the war in Afghanistan, and the US announced plans for talks with the insurgent group.

News that American diplomats would sit down with Taliban leaders for the first time since the US helped oust the group from power in 2001 prompted speculation that real progress towards a negotiated end to the war might be in sight.

US officials underlined that they aimed mostly to facilitate talks between Afghans, although they do have issues to tackle directly with the Taliban, including a possible prisoner exchange.

But while the Taliban hinted at meeting US demands that they break with al-Qaeda – saying Afghan soil should not be used to harm other countries – there was only the ­barest of nods to the Afghan government's request that they talk to the current administration and respect the Constitution.

Ominous silence
Diplomats say Karzai was kept in the loop about plans for the formal opening of a Taliban office in Qatar, but had expected it to be used differently. After hours of ominous silence, his office issued a statement that, in effect, condemned the move.

"In view of the contradiction between acts and the statements made by the United States of America in regard to the peace process, the Afghan government suspended the negotiations, currently under way in Kabul between Afghan and US delegations on the bilateral security agreement," the palace said.

The final straw for Karzai was the display of a white Taliban flag and repeated use of the name Islamic Emirate of Afghanistan, both in the Taliban's statement and on a printed backdrop used for a televised press conference, according a senior Afghan official.

It was the name the group used when they ruled from Kabul and,  together with their official flag, gave the group's representatives the air of a government-in-exile as they addressed the media.

The US had pledged that the Taliban would only be able to use the office as a base for talks, not as a political platform and Karzai felt the press conference was a clear violation of that promise. The ­president was also unhappy about the lack of any reference to the country's Constitution, which both he and the US say the Taliban must respect.

Instead, the statement made more than one reference to the "establishment of an independent Islamic government": as the group has often denounced Karzai as a puppet, that could be read as a call for a change of leader or change of system.

The Afghan government's anger is a blow to hopes that the country's warring factions could be taking the first real steps towards peace; despite US cash and military might, 12 years of fighting have shown it cannot secure the country alone.

In another reminder of the fragile situation in Afghanistan, the Taliban claimed responsibility on Wednesday for an attack on Bagram Airfield that killed four American troops. – © Guardian News & Media 2013