Proteas: Not good enough to ‘choke’ 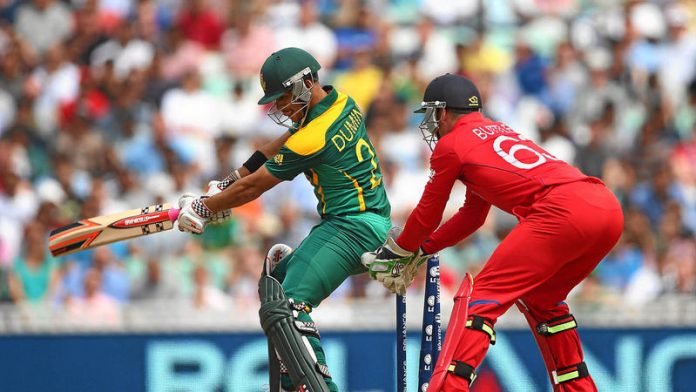 It will be of no consolation to players or supporters, but South Africa did not "choke" against England in the semifinal of the Champions Trophy at the Oval on Wednesday. It was worse than that. They weren't good enough.

The English media, tabloid and broadsheet alike, exploded into a crescendo of "choker" stories the day before the match, listing in graphic detail every match the Proteas had lost in World Cups and Champions Trophy tournaments since their return to international cricket.

Most lists began with the infamously absurd semifinal against England at the 1992 World Cup when a crude and simplistic rain rule reduced South Africa's target from a manageable 21 runs from 13 balls to 21 from seven and then 21 from one ball. (The iconic scoreboard photograph depicting "22 runs required off one ball" was actually incorrect.)

But how was it a choke?

In the midst of the media frenzy before and after the semifinal, nobody appears to have thought it relevant to investigate or discuss the anatomy of a "choke". What does it mean? How is it caused? And was there really any evidence of it on the field at the Oval?

Most commonly, a "choke" occurs towards the end of a match when the weight of expectation is at its greatest. Two things may occur: players become frozen by the intensity of the situation and cannot react instinctively as they have done hundreds of times before in similar but less intense situations. Or they react in quite the opposite way and swing wildly at every ball – or bowl their overs in a wild, manic way without taking time to reflect before or after each delivery.

Occasionally, the weight of expectation and desire to succeed is so overwhelming it leads to an often irrational change in the proven modus operandi right from the beginning of the contest, but this is rare.

Vitriolic patrons
The single and admittedly ­glaring example in South Africa's ­history was the World Cup semifinal in 2007 in St Lucia when no lesser luminaries than Graeme Smith and Jacques Kallis opted to smash Glenn McGrath out of the attack from the third over. Moments later they were 27-5 and the game was gone.

Was there any evidence of anything similar at the Oval on Wednesday? The "evidence" used by the many thousands of sceptical, disillusioned, bitter and positively vitriolic patrons populating social media platforms was simple: 80-8. It was embarrassing, sure enough, but was it a choke?

"You don't choke at 11 in the morning," former England captain Alec Stewart told the Mail & Guardian.

"I'm no expert on 'choking', but I can assure you I've been part of enough teams who've done it and I've seen it happen enough to spot what's going on.

I didn't see anything which suggested that was happening. Jimmy Anderson bowled well in helpful conditions and the middle order are not the first to under-estimate [off spinner] James Tredwell. They batted badly and made some poor decisions, but they didn't radically alter their game plan or 'panic'. Not that I could see," he said.

Another former England captain, Michael Vaughan, agreed with Stewart – to a point. "The fact that South Africa have never won a knockout match at an ICC event is extraordinary. There has been some bad luck involved along the way, but you can't put it all down to that. That's a shocking record, it's a like a professional golfer being in 10 play-offs and losing them all. There's clearly a problem.

'Too positive, too soon'
"On this occasion, however, it just looked tactical to me. I'm guessing, but I wouldn't be surprised if the batsmen were initially very wary of a pitch that looked poor. Then, when they realised it was actually playing very well, they had already lost the openers. The ease with which Robin Peterson played would have convinced them further that it was probably a 280-run situation, and they were probably right.

"But they had to keep wickets in hand. Even if they were 50-1 or 60-1 after 20 overs, as extreme as that sounds, they could have caught up by targeting England's fifth bowler combination of [Joe] Root and [Ravi]Bopara. It's good to be positive, but the middle order were just too positive, too soon," Vaughan said.

No consolation for a deeply disappointed team and a disillusioned following.

They may not have got it right tactically with the bat, but having recovered from abject humiliation to post a semi respectable 175, they might have done a little more to threaten an upset.

Dale Steyns aren't manufactured, of course. Like tornadoes, they occur naturally and cannot be controlled. In their absence, the lesser mortals need to be stronger, more agile and more disciplined than they were here.

Finally, a more flexible approach to selection must be considered. Vernon Philander's exclusion from the one-day squad has almost certainly contributed to the celebrated status of the Test team, but if he had provided early wickets, as he does all the time in white clothing, he could have made a significant difference.