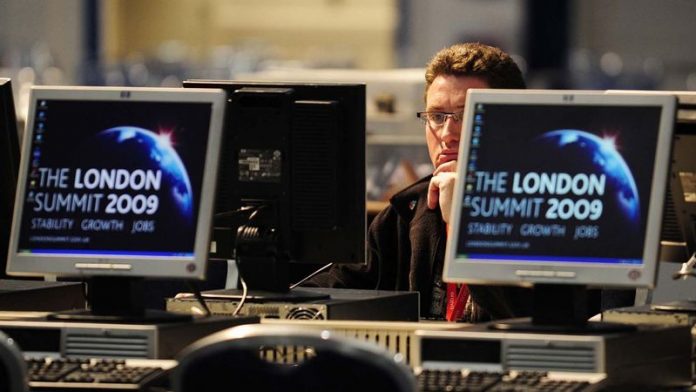 It's difficult to know whether to laugh or cry at the latest ­revelations of espionage, committed by the Americans and the British, and exposed through the Guardian's exclusive coverage of whistle-blower Edward Snowden.

The (new) middle powers are complaining bitterly. Turkey and South Africa expressed unhappiness earlier this week at the news that British intelligence had used an internet café set up for delegates to the G20 meeting in London in 2009 to gain access to diplomatic email traffic.

Clearly, both countries will exploit the situation to discomfit one of the "great powers", enjoying, no doubt, the opportunity to accuse it of hypocrisy in relation to its advocacy of transparency and accountability.

Spy wars: South Africa is not innocent
SA knew UK was spying on it in 2009
Law cannot keep up with spying tech
Ten things about surveillance

But, as with the WikiLeaks scandal a couple of years ago, the protestations of the harm caused ring hollow.

For one thing, everyone knows that everyone spies on each other, trying always to steal a march on their negotiating positions and a competitive advantage on any front, whether ­economic, military or political.

That's hardly news or anything particularly shocking (save that the use of a dodgy internet café does seem rather tacky). Nonetheless, it will hardly do much good to relations between Pretoria and London, after "words were exchanged" over Britain's ­sudden decision to halve development-aid funding to South Africa a couple of months back.

It's a pity that the relationship should be unnecessarily and carelessly harmed, as both have much to gain from its sustenance, and the cultural, economic and political ties are substantial. For Britain, South Africa should be a strong partner in Africa and in the global south, not least as an entry point into the new Brics formation. For South Africa, as the weakest member of Brics, having to justify its presence at that particular table at every turn, its multiple global relationships should be seen by those who make foreign policy in Pretoria as an asset not a complication.

What I mean is this: some of the commentary on South Africa's foreign policy seems to think that Pretoria must choose between Brics, Africa, the European Union – its biggest trading partner – and the old, great Western powers of Britain and the United States.

Why must it choose between them? And are they really mutually exclusive? Surely one of the most valuable things South Africa can bring to the table of each of these international relationships is that it has a multi­polar outlook, with multiple partnerships of substance, which guide its approach to international affairs.

But back to the spy scandal. It is clear that the politics of the matter is playing out differently to the WikiLeaks affair. In the case of Bradley Manning, the young soldier who leaked millions of diplomatic cables to WikiLeaks, the reaction of the American establishment was united in its fury: the traitor should be hung and quartered.

With Snowden, there is less unity, and, at least in some quarters, a more measured debate and plenty of strong voices in favour of the twin peaks of transparency and personal privacy.

Of course, there is a qualitative ­difference in the substance of the ­revelations. Apart from Britain's duplicitous internet café, the main recent exposure concerns the intrusion on our own right to personal privacy. Cruelly, but predictably, the technology on which we have all come to rely so much and enjoy so much – cellphone telephony, Google searches and Facebook connectivity – has been turned against us.

It brings to the forefront of public consciousness the need to protect personal information. Those of us who have been at the vanguard of campaigns for freedom of information and open government must also recognise the other side of the coin: that there is a right to privacy, including the right to personal data protection.

Just as the right of access to information has been nicknamed "the right to know", so, now, privacy advocates are promoting the notion of the "right to be forgotten".

Like electronic snails, we all now leave a digital trail. The extent to which the corporations concerned were accomplices in the National Security Agency (NSA) espionage that Snowden has revealed should be scrutinised, but the fact is that accessing the information that cellphone and internet service providers have on you enables intelligence and other security services to conduct a Big Brother-like piecing together of the ghostly digital version of each of us that now resides in cyberspace.

As the German novelist Juli Zeh neatly put it in a piece in the Guardian earlier this week, "data protection is to the communication age what environmental protection was for the age of industrialisation".

With cute timing, after an elongated 14-year process from the time when the Law Commission first considered the matter, this week, the National Council of Provinces passed the Protection of Personal Information Bill, South Africa's very own data-protection law, with the driving operational intention being, in essence, that the data subject who hands over their personal information to a responsible party should have that data handled responsibly by the responsible party.

Our right to be forgotten must be balanced with the public interest in security. Criminals use modern technology to their advantage. Those whose job it is to prevent them from causing harm and ruining lives must be expected to use technology to try and keep one step ahead of those with criminal intent.

The Snowden whistle-blower exposé reveals the dangers of not striking a lawful and acceptable balance. It should also serve to remind people who like to criticise the press at every opportunity of the value of a free press. Given what we now know about the devious intrusions of the NSA and MI5 on the personal and professional privacy of both ordinary citizens and diplomats, would those members of the ANC who so gladly attack the press here really prefer that the media not play a watchdog role over their governments so that they can uncover such wrongdoing?