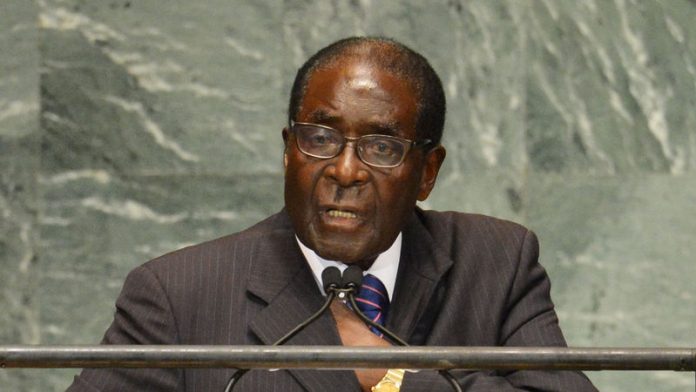 The construction of the college, which was supposed to open in 2007, stalled due to the economic crisis.

At the time of the launch Defence Minister Emmerson Mnangagwa said the school aimed to offer training to thwart "Western regime-change agendas".

The school, located about 11km outside Harare, is a stone's throw away from the National Defence College, built with a $98-million loan secured from China.

The Mail & Guardian could not gain entry to the building, which is under heavy military guard.

Public Works Minister Joel Gabuza Gabbuza this week confirmed the construction of the academy, but said his ministry was only a contractor for a project that falls under the ministry of state security, headed by Sydney Sekeramayi.

Gabbuza, who belongs to the Movement for Democratic Change (MDC) said the construction is being undertaken using government funds, but stressed that each ministry set priorities for itself, and Sekeramayi's ministry had prioritised the construction of the school.

"The cost is around $22-million. We have done 50% of the work. We are a contracting ministry and we construct at the request of the parent ministry," said Gabbuza. "When we came into government [February 2009], the project was on the cards, but was stalled due to lack of funds."

'Sights set towards strengthening security'
Political analyst Ricky Mukonza said the project exposes how Zanu-PF prioritises security issues ahead of social welfare and economic matters at a time when most of the country's infrastructure has deteriorated.

"The Zimbabwean government is faced with many challenges in the provision of public goods and services such as education, roads and water. Under these circumstances, one would expect a caring government to deploy resources to these areas that result in quick visible changes in the quality of life for Zimbabweans," said Mukonza, who is a public management lecturer at South Africa's Tshwane University of Technology.

"But because Zanu-PF is more concerned with power, that is, its acquisition and retention, their sights are set towards strengthening security, even when logic dictates that they could have used resources in other, more important areas."

Construction of the school failed to take off in 2007 due to galloping hyperinflation which, according to government figures, topped 2.3-million percent in 2008.

At the time of the launch of the building, Mugabe said the school would produce officers who would be able to counter growing threats from Western powers.

Elias Mudzuri, an MDC senior legislator and former Harare mayor, argued in Parliament that the Robert Mugabe National School of Intelligence could prove to be dangerous for national stability, given the "soldiers' appetite for committing atrocities in order to prop up the Mugabe regime".

Conservative groups are fighting efforts to expand African women’s access to healthcare. Do they care about women all the time, or only when they’re procreating?
Read more
Politics

De Lille adviser hung out to dry on ‘washing line’