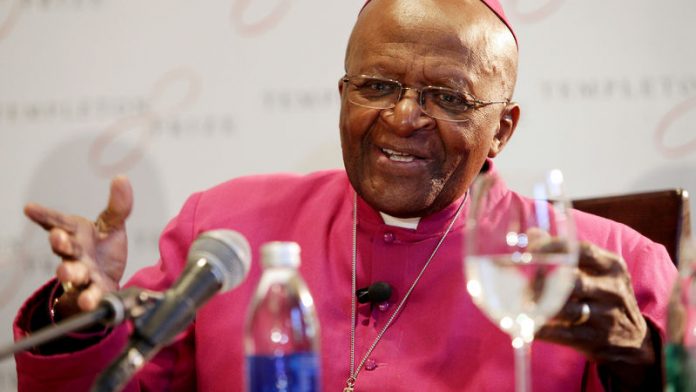 "… I have known Dr Ramphele for more than 30 years as a brave and principled leader who has been ready to take costly stands for social justice," Tutu said in a statement.

"If Dr Ramphele formally enters the election race next year, and goes on to attract sufficient votes to become a parliamentarian, there is no doubt that South Africans will benefit from her experience and her knowledge, and from hearing her voice."

He said a strong constitutional democracy was strengthened by the presence of vibrant and credible opposition.

Ramphele's political platform Agang will be officially launched as a party in Pretoria on Saturday.

Tutu said that although Ramphele criticised the ANC, as he had done, this did not mean she did not love her country or should lose the right to speak.

Kow-towing to the government
"Dr Ramphele has spoken of a pervasive climate of fear and intolerance in South Africa, where critics restrict their criticisms to their armchairs behind closed doors rather than risk their capital or their connections or their clout.

"If we have indeed become a nation that fears the consequences of not kow-towing to the government we have clearly taken a wrong turn somewhere," he said.

Last month, Tutu said he would not be able to vote for the ANC if problems in the party persisted.

"I have voted for the ANC, but I would very sadly not be able to vote for them after the way things have gone.

"I am not a card-carrying member of any political party," he said in the piece.

There was a need for change in the country.

On Friday, he said Ramphele's voice was worth hearing.

"… I look forward to the contribution she will make towards building the society we know we can become," said Tutu. – Sapa