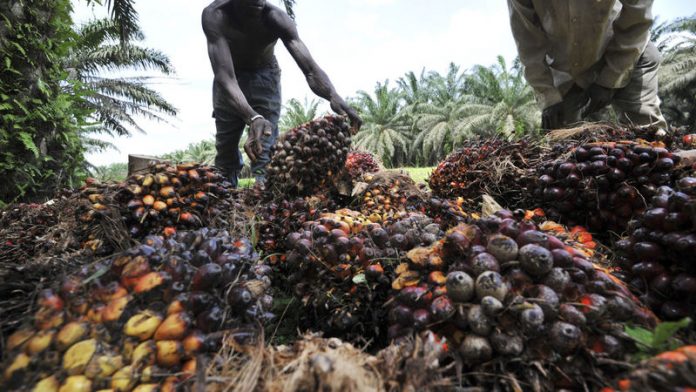 "For some time, the aggressive attacks against palm oil have been multiplying and they are degrading [the sector's] image," Christophe Koreki, president of the Interprofessional Palm Oil Association (AIPH) told delegates.

"The smear campaign accuses palm oil of destroying the environment or causing cardiovascular disease," he said.

Fires currently burning in Indonesia, that have cloaked Singapore in record levels of smog, have brought more negative publicity for the big palm oil companies — Indonesian, Singaporean and Malaysian — which deforest vast swathes of Sumatra.

The companies have been accused of starting fires to clear land through the practice of slash-and-burn, which is illegal but still frequently used because it is the quickest and cheapest way of preparing land for plantations.

Côte d’Ivoire, one of West Africa's top producers of the oil, joined forces with the AIPH to organise the congress, which included industry representatives from top global palm oil power, Indonesia.

According to figures released at the conference, the industry in Côte d’Ivoire directly employs an estimated 200 000 people, with two million more dependent in one way or another on the industry — adding up to about 10% of the population.

Palm oil producers argue that their product, which is widely used as biofuel and in processed foods and cosmetics, helps fight food insecurity and contributes to development due to its versatility, relatively high oil yields, and economic importance to local communities.

But critics say it leads to deforestation, threatening rare species such as orangutans and rhinos, and displaces communities whose homes are destroyed to make way for the plantations. Forest clearing also adds to carbon dioxide emissions that cause climate change.

Groups like Greenpeace have called the cost to the environment "devastating".

Some health experts say palm oil is loaded with saturated fats and that excessive consumption could be linked to certain forms of heart disease.

To protect their livelihood, participants of the Abidjan congress adopted a declaration vowing to defend palm oil — in particular by fighting against the derogatory "Palm oil free" labelling of certain products that has resulted from a rise in ethical consumerism in the West.

And the battle has already begun.

In December, Côte d’Ivoire's palm oil industry successfully sued French retail chain Systeme U after the group staged an aggressive advertising campaign encouraging consumers to stay clear of palm oil due to its effects on the environment.

The AIPH won the lawsuit after arguing that the campaign lacked credible ecological data and scientific analysis.

Late last year the palm oil industry also narrowly escaped what could have become a major set-back after a French senator suggested slapping a 300% tax increase on palm oil. The amendment was later rejected in Parliament.

As analysts predict that palm oil production will soar in the coming years, many environmentalists are encouraging sustainably produced oil which adheres to criteria set by the Roundtable on Sustainable Palm Oil (RSPO) to achieve its sought-after certification, launched in 2004.

These include recycling waste, managing the long-term viability of plantations and regular environmental impact studies.

African producers, who account for only 3.8% of the world's palm oil compared with the 86% manufactured by Indonesia and Malaysia, insist they produce both a cleaner and more environmentally friendly commodity than their Asian peers.

For Jean Atsin however, a plantation worker in the village of Broffodoume near Abidjan, the attacks against palm oil are a direct assault on his livelihood.

"It's a very bad campaign that could ruin a lot of families who live from palm oil," he said.

Village chief Mathieu Beche says he already has concerns for the future of Côte d’Ivoire's palm oil sector, pointing to the "ageing plantations, the lack of maintenance on collection tracks and outdated tools".

The government has promised to boost the sector. In the meantime, African producers are already planning their next palm oil congress at the end of this year in the Ivorian capital of Yamoussoukro, where the focus is set to be the "well-being" of producers. – AFP