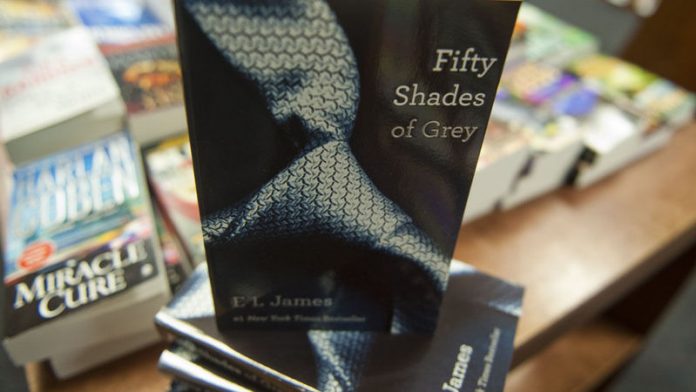 Remember Fifty Shades of Grey? The tale of virginal Anastasia Steele and her indoctrination into the world of BDSM by billionaire sadist Christian Grey is now stuff of literary legend. A record number of books were sold, libidos liberated, baffling articles written and the feminist credentials of the fantasies described and of Grey's behaviour were dissected with such relentless intensity that it felt like its own punishment from Grey's "red room of pain". Crazy times. Now Fifty Shades is back, like Grey himself touching down in his ostentatious helicopter. You don't escape that easily. With crushing inevitability, there's going to be a movie. That's going to be terrible, isn't it?

But before you run for the hills, consider this heretical thought for a second – maybe this movie will be good. Wait! Come back! Maybe this movie will harness the way Fifty Shades of Grey tapped into something missing from our culture and create something interesting out of it. For whatever reason, Fifty Shades found itself in the mainstream, and female sexuality is so badly served in the mainstream that when something turns up offering to fill that gap (sorry), it gets snatched up with glee.

Take that on board along with the news that Sam Taylor-Johnson has signed on as the movie's director. The appointment of Taylor-Johnson is a sign that this movie is aiming to be more than a quick buck turned from people who want to see what the fuss is about, but aren't going to read a book to find out.

First, Taylor-Johnson, artist and director of Nowhere Boy, is a woman (and it's a shame that is exciting movie news, but there you are). Second, and crucially, Taylor-Johnson knows a few things about female desire and the female gaze. She convinced me at least of that when she made a film of David Beckham sleeping.

Fifty Shades of Grey is a silly, avaricious sex fantasy, but there are enough interesting things in the book – it's a long book – that Taylor-Johnson might find a good movie lurking in there too, among descriptions of the hero's penis as a "Christian Grey-flavoured popsicle". Ew. Laurie Penny's wonderful, spirited defence of the novel certainly found aspects to like "because there were, amongst some terrifically trashy bits of girly romance and some eye-watering blow-job scenarios, a few quite good, quite detailed descriptions of fucking written from the point of view of a woman who seemed to be really enjoying herself".

Acknowledging female desire in the movies can only be a force for good. Could Fifty Shades of Grey, with a smart female director at the helm, usher in a new era of movies for lusty, grown-up women, even if its trashy reputation and wayward use of cable ties might not seem to be the fertile ground from which this might spring?

I'm certainly not offering you a guarantee. I'm not even going to bet on it. I'm saying that maybe, just maybe, this movie could surprise us all. – © Guardian News and Media 2013

Letters to the Editor: February 23 to March 1

Sexual obesity in the tech age

What had us talking: Oscars red carpet, Zim censors ‘Fifty Shades of Grey’