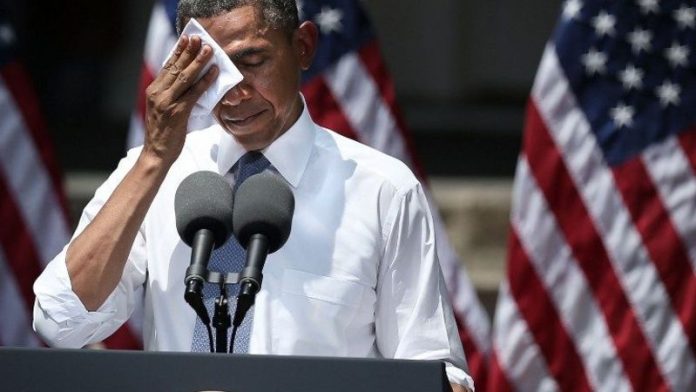 Mohamed Hussain Vawda, of the Society for the Protection of our Constitution, said he had brought charges of war crimes and crimes against humanity against Obama.

Meanwhile, the Muslim Lawyers' Association (MLA) made an urgent application to the North Gauteng High Court on Wednesday for Obama's arrest, but the application was dismissed.

Vawda said his organisation had taken a different route to that of the MLA.

"There are so many groups of people opposing this visit … and the conduct of Mr Obama," he said.

In an affidavit stamped by the Barberton police, Vawda claimed Obama was directly and indirectly responsible for killing and injuring more than 3 000 people including women and 176 children, in countries which "have been no threat to the US", such as Pakistan and Syria.

He accused Obama of ordering or sanctioning the use of unmanned aerial drones to kill people the US government considered a threat to national safety.

"These attacks are not authorised in terms of orders issued in a court of law," said Vawda, adding the victims were killed on the basis of "mere accusations levelled against them".

"There is no judicial oversight to determine if these persons are indeed guilty of any alleged crimes. They are deprived of a hearing. There is no accountability at all, just simple brazen murder."

Vawda claimed the targets were mainly followers of the Islamic faith, and this amounted to genocide.

He said he had not yet received a response from the National Prosecuting Authority (NPA). The NPA could not be reached for comment.

'Crimes against humanity'
Eyewitness News reported that, in dismissing the Muslim Lawyers' Association's (MLA) application, the North Gauteng High Court found that the case was not urgent, but did not rule on the merits of the case.

Obama arrives in South Africa on Friday as part of an African tour that also includes Tanzania and Sengal.

"We're very disappointed in the decision and be that as it may, we remain hopeful that on review, we'll be successful," MLA spokesperson Yousha Tayob told the broadcaster.

A campaign to arrest Obama for "crimes against humanity" was conducted in Ireland ahead of his visit there in May, according to the #Arrest Obama#May 22 website.

A website is offering a reward to anyone who attempts a peaceful citizen's arrest of Blair for "crimes against peace", and said it wanted to show him, among others, that "despite his requests for people to 'move on' from Iraq, the mass murder he committed will not be forgotten".

Blair witch-hunt project
The Society for the Protection of our Constitution also sought an arrest warrant for Blair when he visited South Africa in 2012.

In November 2011, the Kuala Lumpur War Crimes Tribunal found Blair and former US president George W Bush guilty in absentia of crimes against humanity and genocide for their roles in the Iraq War.

The court acknowledged the verdict was non-enforceable, but the findings were reported to the International Criminal Court in The Hague.

At the time, the Daily Maverick reported that the official UK government inquiry into the Iraq War, the Chilcot Inquiry, was set to release a report late this year. – Sapa