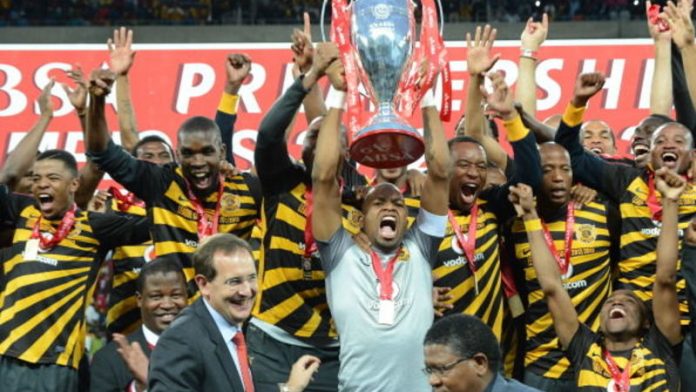 This was confirmed on Thursday by Chiefs manager Bobby Motaung, soon after Igesund named a 20-man squad for the Southern African championships in Zambia.

"We are not being unpatriotic. On the contrary," Motaung said.

"We believe the Cosafa Cup should be a breeding ground to blood young players for the future and not for selecting seasoned stars such as Siphiwe Tshabalala, Bernard Parker, Reneilwe Letsholonyane, Tefo Mashamaite and Eric Mathoho.

"Igesund says he subscribes to this view. Then he goes and selects all the best local-based Bafana players who are available, which presumably means the young players chosen will do nothing more than warm the bench as reserves."

Igesund said Motaung had told him the Amakhosi players were tired after a long domestic season, but he had not confirmed in writing the players would be withdrawn.

"I know his players are not tired," Igesund said. "They have pre-season training while we're training. Are they not going to be working in the mornings and afternoons?

"I'm not here to get into a fight with Kaizer Chiefs or Bobby. They're well within their rights to withdraw their players but I had to name them in my squad.

"If he chooses to withdraw them obviously I will be disappointed."

Lacking players
Bafana could find themselves without eight of the players selected by Igesund for their opening Cosafa Cup match – a quarterfinal against a yet undecided opponent.

This game is down to be played the day after Bafana open their Cosafa Cup campaign in Zambia.

"Obviously the players cannot participate in both these matches on successive days, and we will be seeking a meeting with Gordon [Igesund] to come to an amicable solution to the issue," said Matthews.

"It's no joke playing against a team of Manchester City's calibre – even with all your best players."

Cosafa
​While clubs are not obliged to release players for the Cosafa Cup, which is not on the Fifa roster for international fixtures, Matthews said the club was not averse in principle to their players competing in the southern region event.

"Perhaps a solution would be for our players to be released for the remainder of the Cosafa Cup programme after our game against Manchester City, and that is something we will be suggesting in the proposed meeting with the Bafana coach," Matthews said.

Igesund's selection  problems were worsened by Orlando Pirates as none of the club's players could be  considered because of the Buccaneers' Caf Champions League encounter against the Congolese team Leopards on July 21.

"It's very important for South Africa and Safa that Pirates represent us well on the 21st," Igesund said.

"They have to prepare to play a most important match in the Champions League. I will never call up their players under these circumstances."  – Sapa