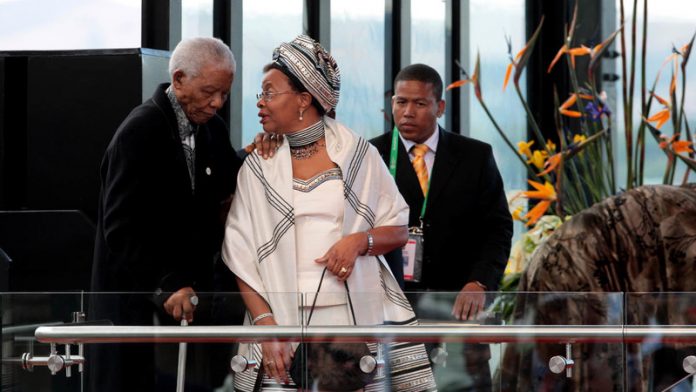 Zuma made his decision not to leave the country after visiting the 94-year-old former president late on Wednesday in the Pretoria hospital where he has been receiving treatment for a lung infection for nearly three weeks.

"Clearly the issue of seriousness has been such that President Jacob Zuma has cancelled his trip," presidential spokesperson Mac Maharaj told Talk Radio 702.

He declined to comment on reports that Mandela was on life support, saying: "I cannot confirm any clinical details."

Reports by CNN and the Citizen on Wednesday said Nelson Mandela was on life support, and  Maharaj told the Mail & Gaurdian late that night that commenting on the matter would break doctor/patient confidentiality.

The Citizen also reported that Madiba was experiencing kidney failure.

The deterioration in his health at the weekend to "critical" from "serious but stable" caused a perceptible switch in the national mood, from prayers for his recovery to preparations for a fond farewell. He had been admitted to the Pretoria Heart Mediclinic on June 8 for a recurring lung infection.

Maharaj said on Wednesday night to the talk radio station that it was too early to say whether the seriousness of Mandela's condition could force changes to the schedule of a planned visit to South Africa this weekend by US President Barack Obama.

Obama is also visiting two other African countries, Senegal and Tanzania, starting in the Senegalese capital on Wednesday night.

Pillar of peace
Well-wishers' messages, bouquets and stuffed animals have piled up outside Mandela's Johannesburg home and the wall of the hospital compound where he is being treated in the heart of the capital.

"We know that the day will come when he passes but it is so painful to accept," said Patricia Ndiniza (53) an estate agent who left a note wishing Mandela a speedy recovery.

"He is a pillar for all of us. He is our pillar of peace and reconciliation," she said.

School children, prayer groups, office workers and comrades who followed Mandela in the anti-apartheid fight have trickled past the hospital day by day, passing a gauntlet of journalists and camera crews camped outside the main gate.

Fallen notes have been collected and replaced with new ones, some written in crayon by children and others penned by adults expressing their appreciation for Madiba, the clan name by which Mandela is affectionately known.

Mandela, who spent 27 years in apartheid prisons for plotting against the white-minority state, was South Africa's first democratically elected presdient and stepped down in 1999 after one five-year term in office.

Since then he has played little role in public life, dividing his time in retirement between his home in the wealthy Johannesburg suburb of Houghton and Qunu, the village in the impoverished Eastern Cape province where he was born.

His last public appearance was waving to fans from the back of a golf cart before the final of the World Cup in Johannesburg's Soccer City stadium in July 2010.

The public's last glimpse of him was a brief clip aired by state television in April during a visit to his home by Zuma and other senior officials from the ANC.

At the time, the 101-year-old liberation movement assured the public Mandela was "in good shape", although the footage showed a thin and frail old man sitting expressionless in an armchair. – Reuters, Staff reporter