Not every crowd has a silver lining 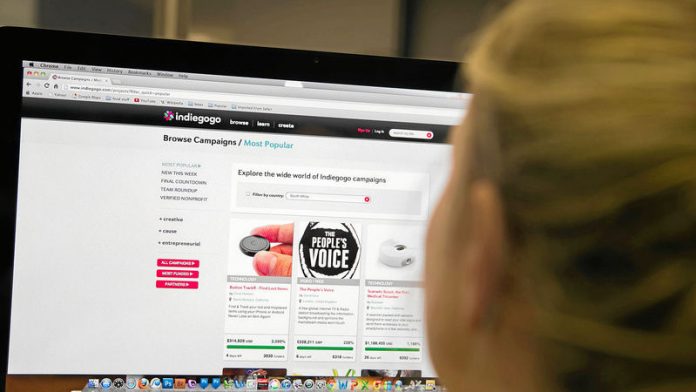 When Daylin Paul came across the woman, he knew he had a story he had to tell.

The photographer was travelling in Thailand after leaving his job at a South African newspaper group. The woman, known as Maw — Paul won't divulge her real name — is a member of the Karen tribe, living in a village in the northern mountains. She had contracted HIV, which carries a huge social stigma in the area.

Paul wanted to document her life in photographs. But he had a problem. He needed money for travel costs, equipment and a bike to get up into the hills from his base in Chiang Mai.

As good as the story was, Paul wasn't sure any editor or publication would advance him the money — not when budgets for reporting and photography were plummeting.

Instead, he turned to the crowdfunding website Indiegogo. Within two months, more than 50 backers had helped him to raise $2 829 — bettering his target of $2 500.

This was more than enough to fund the costs, provide gifts for the backers, and even donate money to the Life Skills Development Foundation, a nongovernmental organisation that works with the villagers.

Crowdfunding
"Crowdfunding is very cool," says Paul, "and there's no way I would have been able to stay as long as I have without it."

Crowdfunding — using several small investors to fund a big project — has exploded online in the past few years, thanks to websites like Indiegogo and Kickstarter. And it's started to have a real impact on journalism.

Reporters, editors and publishers no longer have to secure backing from wealthy investors — all they need is an idea, and the ability to attract multiple backers. Specialist sites have sprung up to help journalists to fund their work.

Another project to take advantage of this is Hidden City Daily (HCD). Run by editors Nathaniel Popkin and Peter Woodall, HCD was set up to tell untold stories about their city, Philadelphia.

The editors say they wanted to pay their reporters and photographers fairly, but after raising money from other sources, such as grants, there was still a shortfall.

An Indiegogo campaign helped them to raise more than $20 000 — enough to make sure every­one went home happy.

Question mark over journalism
"We wanted to get the strongest writing and photography for our readers," says Woodall. "We had to be inventive with our funding model, because we realised that journalism had a big question mark over its head."

But crowdfunding isn't a perfect solution, especially for journalism. For one thing, accepting money from the public to produce a specific story can cause problems, particularly with a set-up like HCD, which could conceivably end up reporting on someone who backed their project.

"Historically, businesses were the primary source of revenue for newspapers," says Popkin.

"There just has to be a wall between fundraising and editorial, and, in some ways, having the individuals be the funders is a little bit better because the funding has been spread out among more people."

Paul has a few cautionary tales of his own. There are costs associated with crowdfunding that can bite journalists, particularly if they're working alone. "Although I was aiming for $2 500, I lost a lot of [what I raised]," he says. "Paypal takes its fee. Indiegogo takes its fee."

At the time, the South African economy, where Paul's bank account was based, took a major hit, meaning that the exchange rates were not in his favour when it came to receiving the money in Thailand.

Unexpected turns
Unlike funding a product or a piece of software, backers for journalism projects don't always get what they pay for — stories can often take unexpected turns. Paul had intended his photo story to be a positive one, showing how Maw was living her life despite her illness, but without going into specifics, says things didn't turn out as planned.

"The unfortunate reality is that now things are actually worse. The situation is much more dire," he says.

In addition, journalists looking to live off crowdfunding contributions shouldn't hold their breath. Popkin and Woodall earn a very low salary from HCD, and Paul didn't earn a single cent from the funds he raised.

There's no guarantee that the wave of goodwill from funders won't crash.

"The initial promise of crowdfunding may turn out to be a touch misleading," says Popkin. "A certain amount of fatigue is going to set in. People are asked to fund everything under the sun all the time."

But despite the problems, Paul, Popkin and Woodall all say that crowdfunding has been an immense help in getting their stories told. — © Guardian News & Media 2013