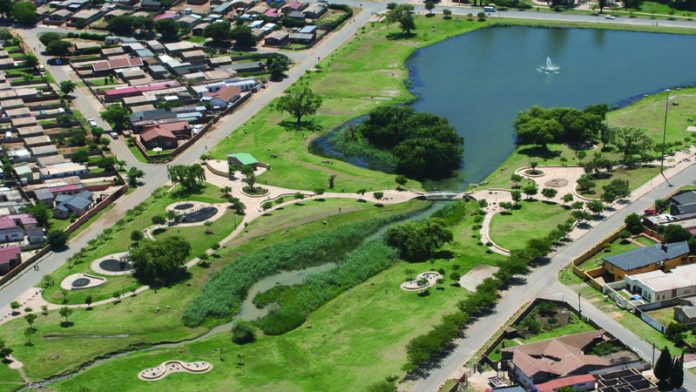 Piet Eloff is the director of the valuations department in the property unit and is Johannesburg's municipal valuer in terms of section 33(1) of the Municipal Property Rates Act (MPRA), operating autonomously with values that cannot be influenced or dictated by any party. He has an in-depth understanding of the process and everything it entails.

"The main purpose of the valuations directorate is to compile valuation rolls and there are two types of these," said Eloff.

"The general valuation roll is where we value all the properties in the city. The supplementary valuation roll sees us assessing changes to a property that occur during the lifecycle of the general valuatios role. With the latter we revalue property that has changed, for example if a house has been built on a vacant piece of land. This also applies to changes in zoning, such as from residential to business."

The general valuation roll has a lifecycle of four years and the one that has been in place for the past five years — this latest roll has been granted a year's extension — will be replaced on July 1 2013.

Calculating your property value
To understand why this particular general valuation roll has been delayed for an extra year is to understand how the valuations take place and what procedures are undertaken by the teams from this department to ensure that these valuations are fair and true.

First is the physical assessment where the department uses pictometry — aerial images taken of a property from five angles — and photographs of the fronts of properties to glean valuable data about the value of a property. Then there is the date of valuation, possibly the most important point of reference in this process.

"We used the property market values of July 2 2012 in valuing all the properties for the new general valuation roll," said Eloff. "Whenever we valued a property for this roll we used the prices from July 2012, and for residential properties we used the value of house sales from 2009 to 2012 as part of our analysis.

"Analysing those sales provided us with a basis of valuation for residential properties in each suburb. For example, if you stay in Blairgowrie we published all the sales in that area on our website along with the selling date, the selling price, the physical address of the property and we explained how we valued this property. People were then able to look at those sales, compare them to their properties and make an informed decision."

All the property values are now fixed at this date of valuation until the next general roll and are assessed against this benchmark.

In essence, the July 2012 property market formed the basis of all the general roll valuations for this new roster. This, in turn, will affect the rates and taxes issued by the City for the next four years. However, it's not a stretch to ask why July 2012 was chosen above the original year of July 2011.

"If we had not had the extension, the roll would have been implemented in 2012 and the market conditions that previaled in July 2011 would have formed the basis of valuation for the roll. We felt that to go through the process of re-valuing all the properties, looking at the market and financial implications, it would not have been an effective measure to do a valuation at that period," said Eloff.

The city requires a certain amount of money to set its budgets and by careful data modelling a suitable tariff is determined for each property category.

This is then applied to the calculation of assessment rates for each property in that category.

"The values of properties form the rates basis for the city and so, based on your value, you pay your assessment rates," said Eloff.

"The city needs a certain amount of money so if there happens to be a crash in the property market while we are busy with the valuation process and the values are much lower than previously, then the City may increase the tariff to ensure they maintain the same income.

"However, in the lifespan of a valuation roll, market fluctuations don't affect the values, because we always go back to the market of the date of valuation to keep things fair and equitable."

The focus of this department is to also ensure that the valuations are fair, so that areas with lower values pay lower tax and vice versa. But what if there is a valuation that causes consternation?

"After compiling the valuation roll we hand the roll over to the municipal manager and the City sends out a notice to each and every property owner notifying them of the value of their property," said Eloff.

"The owners then have a specific time period to object to the valuation. In the case of the 2013 general valuation roll it was from February 20 2013 to May 3 2013, 73 days during which we allowed people to look at their valuations and object."

How property valuation affects an area
The process that property owners can follow to raise their concerns about the valuation of their property is simple. There is, of course, the obligatory form to fill.

It provides the department with the details of your property and the reasons you disagree with their valuation. The department then examines the evidence and makes a decision about whether or not it will change the value.

Sometimes, however, the City deems it necessary to object to a valuation and, this time around, the Gupta property came under investigation.

The property dropped in value on this general valuation roll from R16.8-million to R490 000, a staggering fall that would have far-reaching impact on more than just the Gupta bank account.

"If you go and look at all the properties in Saxonwold, I would say that 99% of those properties had a drop in value. If you compare the market of 2007 to the market of July 2012, you will see how it has dropped," explained Eloff.

"If you look at the Gupta property specifically and the property data, it was valued incorrectly.

"That property, even before the Guptas made the papers, was re-evaluated for our supplementary roll. This error was picked up in our audit processes and reflects how important it is that we have these in place."

"In valuing that number of properties, errors do slip in and that's why we've got review processes and audits to find them, and why we ask the public to step up and object if they feel that their assessment is incorrect."

The process of assessing the properties around Johannesburg is not at an end. As the new roll comes into play on July 1, the department gears up for the next run that will potentially take place on July 1 2017.

"It's a continuous process as we look at the factors that contribute to the value of a property, such as the size, where it is located, the finishes, the security and the attributes.

"We take our sales and then we apply mass valuation principles. Throughout the next four years, we need to update the new additions, the building plans and the new properties in this model. It then takes the information and calculates the value.

"We need to keep up to date with changes in economic factors and shifts in areas. It is a three-year process to maintain and build the property database."